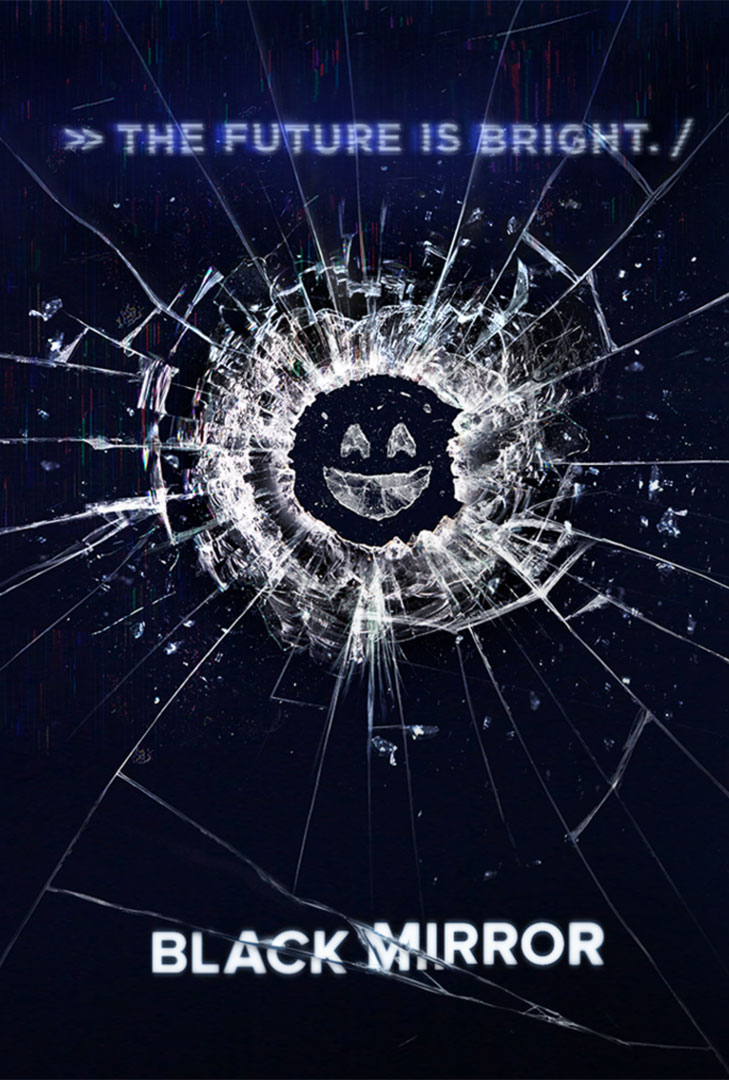 Black Mirror is great for several reasons. For one, it’s an anthology series in a time of heavily serialized television. I mean, it’s a prestige anthology series in a time of prestige serial shows. This means it can play in a completely different pool than 99% of the rest of the shows we watch and recommend and try to describe to friends, colleagues and strangers. In other words, it’s an easier sell to anyone with a Netflix account than something that will require an eight-to-ten-hour commitment. Second, it’s really easy to put it into context. You say, “Hey, do you dig The Twilight Zone?” Most folks answer with an enthusiastic “yes!” In which case, you follow up with a simple, “Well, it’s just like that, but mostly like futuristic, dystopian and really fucked up.” That either loses them, or has them making excuses to leave wherever they are to run home to fire it up.

This, the third season (or “series,” as the Brits call it) is more of the same in terms of stories that, quite honestly, intend to fill the viewer with dread about the world in which we live — or the planet that we will inherit. This series, more than The Twilight Zone, deals with an extension of real life and the possibilities of where we might end up if we let technology continue its creep toward total domination of our lives. While that theme generally governs each one of the stories, each one kind of highlights different aspects of the underlying paranoia that we face, or may face, in the future. Because each show is its own thing, let’s do a quick recap of each episode.

Nosedive
Starring Bryce Dallas Howard as an insecure woman in a hierarchical society based solely on personal ratings done through mobile devices, she struggles to wend her way through life as she attempts to elicit high ratings, along with everyone else, through fakery and social climbing. Obviously this is an absurd extension of things like Yelp and Uber driver ratings and all the other wonderful ways we judge, praise and condemn things based on popping stars on our phones. While it’s a great commentary on the social experiment that is the artifice of rating people based on our limited interactions with them — and how it can dramatically affect their companies, livelihoods and, ultimately, their lives — this is almost a direct rip of an episode of Community about a rating system that awards everyone stupid Meow Meow Beenz based on personal interactions. It’s definitely in line with one of those earlier Black Mirror episodes in that it’s good and painful in the moment, but doesn’t need a second viewing.

Playtest
Starring Wyatt Russell (son of his doppelgänger father, Kurt Russell, and Goldie Hawn) as an American backpacking through Europe and Asia trying to find himself, this one focuses on the world of video games and virtual reality. Russell is in need of cash to get back home and answers a job listing in London that turns out to be a gig as a guinea pig for a mysterious horror gaming maker set in an estate in the English countryside. The game he tests is super-futuristic, and includes the need for a lovely implant in the brain cortex and all that kind of future stuff that we just hope doesn’t come to fruition. Being a horror-themed game, the episode quickly turns into a twisty-turny, haunted house, slasher, unfolding timeline and layers-of-reality thing. Acted really well by Russell, the paranoia grows and grows and just as you think the twists are over, another layer of the onion is unpeeled. It definitely feels like one of those old-school episodes that has a final, ironic reveal that is clever, despite the episode being a little bit one-note.

Shut Up and Dance
This one is super-British, and the first of this latest series not to star an American! It also turns out to be probably the most disturbing and paranoid of the bunch. A young man who decides to indulge himself to some nakedness on his laptop that has, unbeknownst to him, been infected with a virus that allows an outside force to gain access to his webcam, is then blackmailed by said force to do weirder and more robust tasks, with directions being sent to him through his mobile phone. To what end he’s being put through these paces, we have no idea. We also have no idea why his fear of exposure is so great (it’s just a boy being a boy, after all), but after being paired with another blackmail victim in the form of Jerome Flynn (Bronn from Game of Thrones), we realize that he’s not the only one caught in this privacy-violation net. The pacing of the episode is pretty great, as it basically turns into Speed, or any of those other movies where some unknown bad guy yanks our hero around over the phone or through clues, giving him time limits to get things done or face the ultimate whatever. Thing is, the chase is better than the result, and the twist is a bit of a “huh?” at the end of the day, but the episode in incredibly well-acted and the build-up is worth the less-than-stellar pay off.

San Junipero
This is the one that kind of breaks the mold and I think is recognized as the episode to watch if you’re going to watch any of this season. I get it, but it’s definitely different than the others in that rather than instilling dread and paranoia, it gives us at least some sort of hope for the future. It’s also a hard one to write a synopsis for without giving away what’s up, but on the surface it’s a story about love and what one would do to capture and hold on to it. Our protagonist, Mackenzie Davis (seemingly an American, but actually Canadian), follows her elusive (or is she also illusive) love, Gugu Mbatha-Raw, through what seems to be multiple decades, despite neither of them aging or facing the ripples of the space time continuum. Are they time travellers? Is the club they keep meeting in just having an 80s night one week and a 90s night the next? It’s not entirely clear until the actual thematics of what “forever” means unfolds for the audience. While the other episodes in this series leave us with that kind of gross feeling in the pit of our stomachs, this one is certainly, at least on the surface, a story that illuminates how technology can be a positive thing. Or, at least, that’s what we’re lead to believe…

Men Against Fire
I kind of forgot about this one in the scheme of everything, but in thinking about it, it does speak to a pretty present issue about how we dehumanize people in war. Soldiers fighting a war in some presumably third-world, vaguely Eastern European, nation in the future are sent on missions to route out what they call “roaches.” These roaches are subhuman, vampiric creatures that look to be blood thirsty and terrorize and steal from the people in the countryside of this unnamed nation. As with every episode of Black Mirror, there is a twist that involves tech that blinds these super-agro soldiers to the reality of their situation and, through one of the characters, calls into question whether this tech, as applied by the global, military complex, is a good thing or an overwhelming horror. The military, a common target of the paranoid and conspiracy-laden community, is fertile ground for the series and this one, despite not necessarily being the strongest, probably has one of the strongest messages and ties to today’s society. I certainly don’t need to watch it again — as once the twist is unveiled, it’s kind of a done deal — but it’s certainly food for thought.

Hated in the Nation
So this is the Twitter hashtag trolling episode. And definitely, in my opinion, the weakest of the bunch. It’s also the sluethiest of the episodes, setting up a mystery and a detective trying to solve why and how people with high-profile, controversial online scandals are ending up dead. I can’t really describe it beyond that without giving away the core plot, but suffice it to say that tech plays a large part, as does the question of how much covert government surveillance should be allowable and what the consequences are when it goes to far. A twin theme here is what if hatred online translated to real-life outcomes? How far would you go if you knew that connection existed? This is one of those where the setup is kind of convoluted and the plot holes way too large to be believable, but the message, while doled out oddly, is one I can see resinating with a good number of us who spend a decent amount of time on angry-ass Twitter.