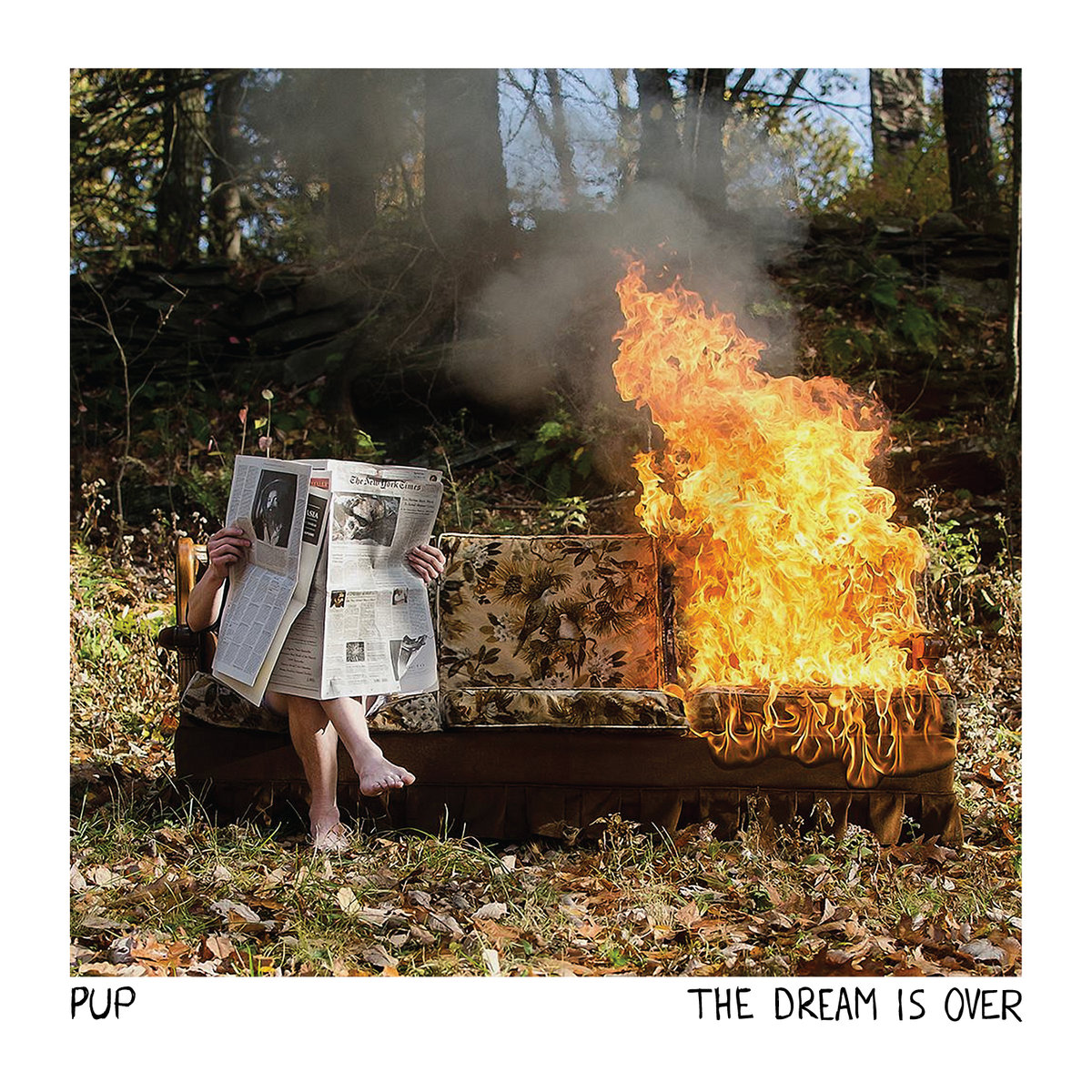 PUP: The Dream Is Over

Rocking and roiling punk noise from up North of the border is honestly on my list of things that make me consistently happy. And, on this front, PUP fulfills. Their snotty brand of old-school NOFX-like humor and scream-singing group choruses make for a rollicking time that plays to the more fun side of the pop-punk / emo thing and forgoes some of the math-y wallowing in favor of intentionally sloppy fun, time-signature changes and awesome bursts of crunchy energy.

Like their coutrymates, Japandroids, PUP write anthemic tunes that drive enthusiastic fist-pumps and encourage an outrageous level of need-to-sing-along with their machine-gun style delivery, background “oh-ohs” and incredible ability to raise and lower your emotions from second to second. The songs, because they’re so layered and ever-shifting, feel crafted to elicit a certain feeling — and that’s “let’s fuckin’ rock and roll!” No, seriously, this album is amazing even on multiple listens and makes clear that they recorded it with the attitude that they had absolutely nothing left to lose. Oddly, the album shares a title with an old Vanderslice album from his original band MK Ultra. Though, I suppose “The Dream is Over” is a pretty common sentiment when it comes to dudes trying to make it as musicians in this world, but apparently this one was a personal statement for lead singer, Stefan Babcock, who thought his career was pre-maturely dead when the doctor told him his vocal chords were donezo. Welp, thank god for all of us his doctor was for shit, as we got out of it one the best albums of 2016.