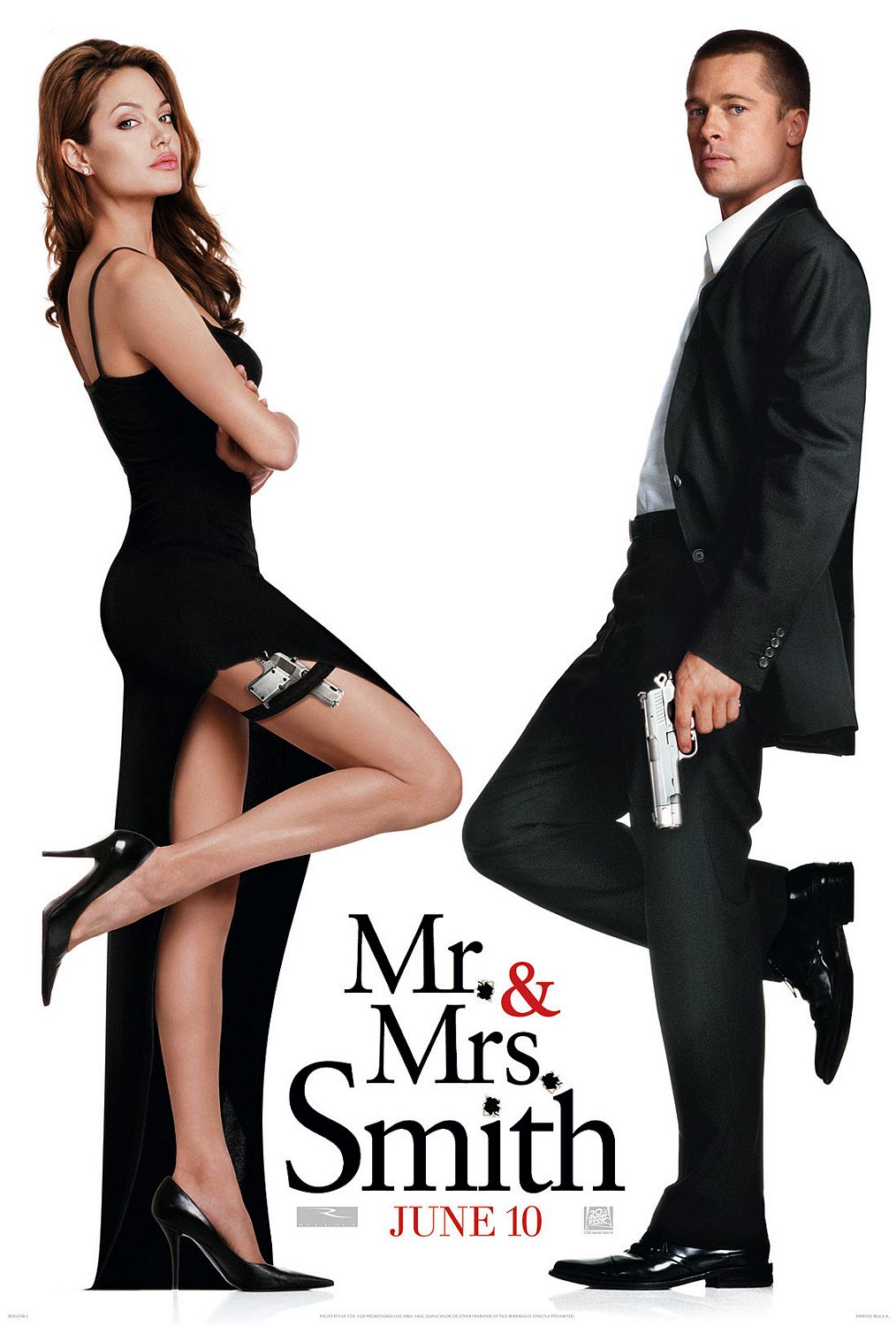 Mr. And Mrs. Shit would be more like it. Seriously. Are there any decent scriptwriters out there anywhere? This thing had about as much charm and subtlety as a suicide bomber. And for a couple of actors who ended up getting together afterward and starting an alleged adopted family, the chemistry was somewhere between nothing and nil.

Don’t get me wrong, these two look amazing on screen, but between Pitt’s weird, quirky acting tics (like Pacino and his yelling since Scent of a Woman, Pitt has had this weird hand gestation thing since 12 Monkeys) and Jolie’s alien-like beauty, it’s hard to buy either of them as normal human beings. It’s like watching two tropical fish mate.

The whole movie just doesn’t take itself seriously enough. It’s like they think audiences will be scared off if they made the characters in the least bit complicated. Instead, as professional assassins, they play it completely goofy and predictable. They’re married and they’re assassins for competing agencies. Somehow, as arch rivals, they have no idea the other is their competition. That is until they both show up to assassinate Seth from The O.C. whose name, stupidly enough, is supposed to be “Tank.” From there the body count starts mounting.

Soon, the thing looks more like Commando or Cobra than the goofball, tongue-in-cheek film it purports to be. It needed to choose a direction and stick with it. Is it a relationship comedy or a shoot ’em up action flick? By trying to be both, it’s neither. And the plot, once it kicks into gear, is thin and really makes no sense when you sit back and think about much easier ways their respective agencies could have solved their little “issue.”

If you like mindless gun play interspersed with the very occasional personality moment, then maybe you too will be lucky enough to catch this one on a plane or on cable while you’re cleaning your house or something.