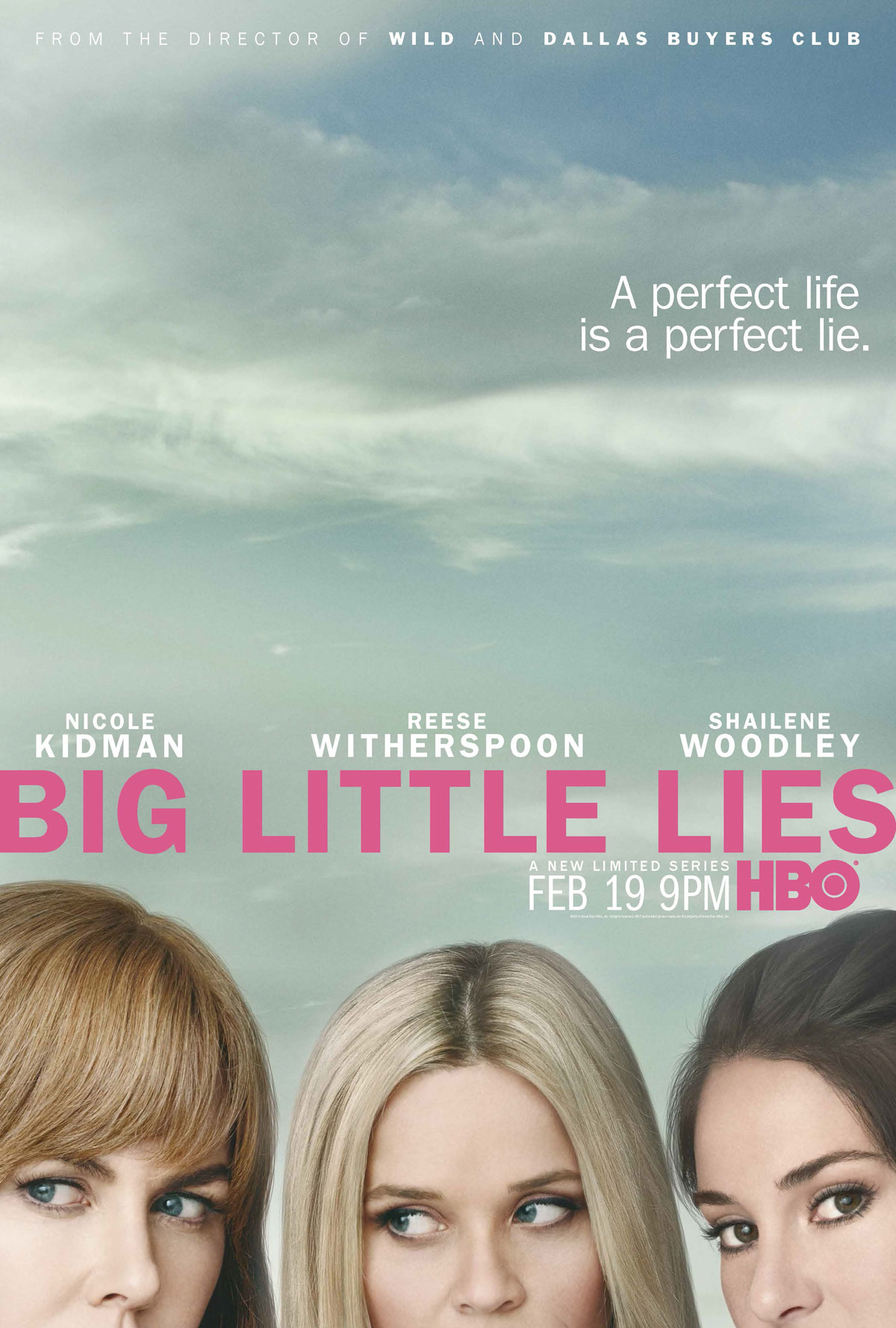 I understand that this was book? Well, I didn’t read it. I also didn’t read The Girl On the Train, Gone Girl, or The Girl with the Dragon Tattoo, but that doesn’t mean I can’t enjoy the crap out of this mini-series (despite it apparently not having the word “girl” in the title). Look, I know there are things I’m supposed to hate Big Little Lies for — white privileged people fighting and stuff — but there is absolutely nothing wrong with having fun. And fun seems to be in such small supply these days — what with the horrible reality of our real world. Why can’t we watch a bunch of rich white ladies fight over caddy garbage for a few hours every now and then?

The thing is, though, through writing, directing and acting, this otherwise soap opera of a show (which could have just been entitled Monterey) was elevated beyond tongue-in-cheek hackery into a whole other category. I don’t have an exact name for it, but it feels like a more cinematic version of Cat On A Hot Tin Roof or something both brutally honest about itself, a wee bit funny and just a tad bit deep. But all acted to within and inch of its life. And how could it not be with this cast? Like a murderers row of a-list female talent in all its old-school, middle-school and new-school glory. I mean, Jesus, I don’t know where Laura Dern has been, but that woman — besides being weirdly physically imposing — is just a monster on screen. You almost forget what a huge star she was at one point and wonder why she isn’t still. And of course you have Reese and Nicole Kidman and the comparative newcomer, Shailene Woodley. All cast in roles that almost feel written specifically for them. I’m surprised they didn’t get Robin Wright or Jesica Lange for some more super-blonde WASP power to really spike the ball. Note for potential season two: get Robin Wright or Jessica Lange to play some sort of extended family member or town bully.

So, the plot. It’s ostensibly a murder mystery. The beginning of the first episode shows us that somebody dies at a school event — but we’re not shown who. We then rewind to the beginning of the school year, some weeks/months earlier. A school that we soon learn all the characters have children at. So we essentially know, or assume, that it’s one of the main characters who is murdered. We’re then introduced to all the main ladies’ families. Husbands, children, extended backstories. The whole nine yards. Pretty typical set-up. But it’s the dynamic between the ladies and their weird rich-ass society that is the fun part. They worry about being invited to the cool birthday parties and get sparked by school bullying. The dynamic is soon set up and the women’s characters developed, with Woodley the only real mystery of the bunch. She’s an out-of-tower, a single mother not rich like the rest. Is she shady or just poor? Who knows! We get to know the spouses a bit as well. Recognizable among the bunch are Alexander “The Vampire”Skarsgård and Adam “Beardo” Scott. We even get to meet Reese’s ex-husband’s young, new wife, Zoe Kravitz (who looks freakishly like her mother, Lisa Bonet). It’s a real mish-mash of an ensemble, but the writers do a really good job of balancing and intertwining the stories. In fact, I think there are several arguments to make about whose story it actually is. I think it could theoretically be argued that it’s any one of Reese’s, Kidman’s or Woodley’s, the creators did such a decent job of fleshing out each and every thread. Along those lines, the mystery of the murder (told a little clumsily by a Greek chorus of snooty party-goers sharing their eye-witness accounts and feelings with the cops) kind of fades into the background as we get embroiled in their lives. And, honestly, I figured out after episode two exactly who was dead, along with a couple other “mysteries” the show lays out along the way. And while they were in the back of my head and I may have uttered a “of course!” when they were revealed, I didn’t really mind. I don’t think they were necessarily meant to be surprises. Though, if they were, they could have done a little better job of not telegraphing them.

In the age of streaming and binging and all that, it’s nice to be back in the world of episodic television. And episodic television that’s only five episodes long. Granted, I could have watched these characters go at it for at least another few. With that in mind, I really hope they don’t do a season two. This was a story to tell and it’s been told. There doesn’t seem to be any further to take it. Unless, of course, they get Charlize to play the hard-boiled cop who comes in to investigate the murder and Glenn Close to play someone’s vengeful mother who shows up unannounced with a knife and a scary-ass smile on her face. Or maybe they could take the entire cast and pull the Ryan Murphy, American Horror Story gag and put them all in another story as different characters. I’m sure, after the water-cooler success of this show, HBO will pony-up the cash.