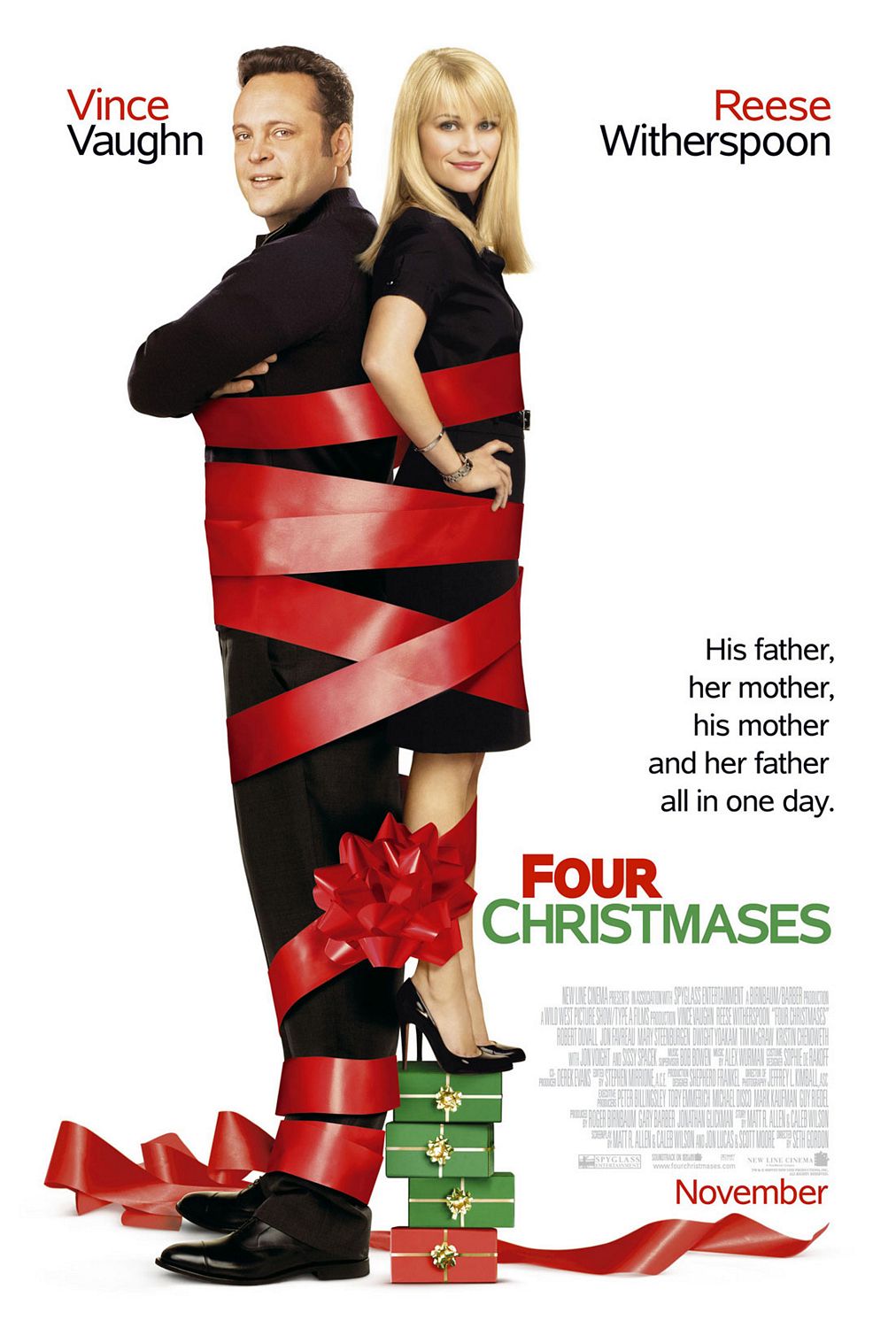 Nothing about this movie spoke to it being good. Ok, you have Vince Vaughn, who I tend to find pretty funny–and is sometimes hilarious–and Reese Witherspoon, who long ago replaced Julia Roberts as America’s sweetheart teamed together in what appears to be a sort of romantic comedy, Christmas genre mash up. But the trailers showed everything you needed to know about this stinker.

And a stinker it was. Ms Hipster and I were looking for something to play in the background while online shopping, digesting and reading emails and whatnot. We ended up watching the movie more closely than we intended because of its sheer awfulness. At one point about 30 minutes in we turned to each other, gape mouthed and gave each other the “turn it off” nod. But it was not to happen… Perhaps it was one of two laughs in the film that happened at that very moment that weakened our resolved, or perhaps it was a microwave beep or a smoke alarm in need of a battery, but we ended up watching the thing until the end credits. And it didn’t get any better.

The gist of the story is simple. There’s a couple, our stars, who are this sort of selfish, non-married, jet setting successful duo. They work hard and play hard and do awful things like vacation whenever possible, pamper themselves with massages and have an active and exciting sex life. How awful! Seriously, that’s the message here. How selfish can these people be that they don’t want to be like their siblings who have gotten married, live poorer lives and procreate? So what if they wouldn’t win a round of The Newlywed Game; they live life while the others in the film are stuck in their existences. All of this is baked into, well you guessed it, a visit to the houses of their four divorced parents when their plane to an island excursion they were using to escape visiting their families, gets cancelled. All four visits bring about multiple attempts at Christmas Vacation-like slapstick humor, including falling off a roof while holding a satellite dish, a baby barfing on our heroine after breast feeding, a set of cage fighting brothers putting Vaughn into various pretzel holds, an EPT stick in a bouncy castle and on and on. The shit is about as funny as a Wayans movie.

The movie, like this review, is wrapped up with one of those abrupt “I want to be a better man” speeches and ends pretty much exactly as you’d expect a Christmas movie would end. Suckas.