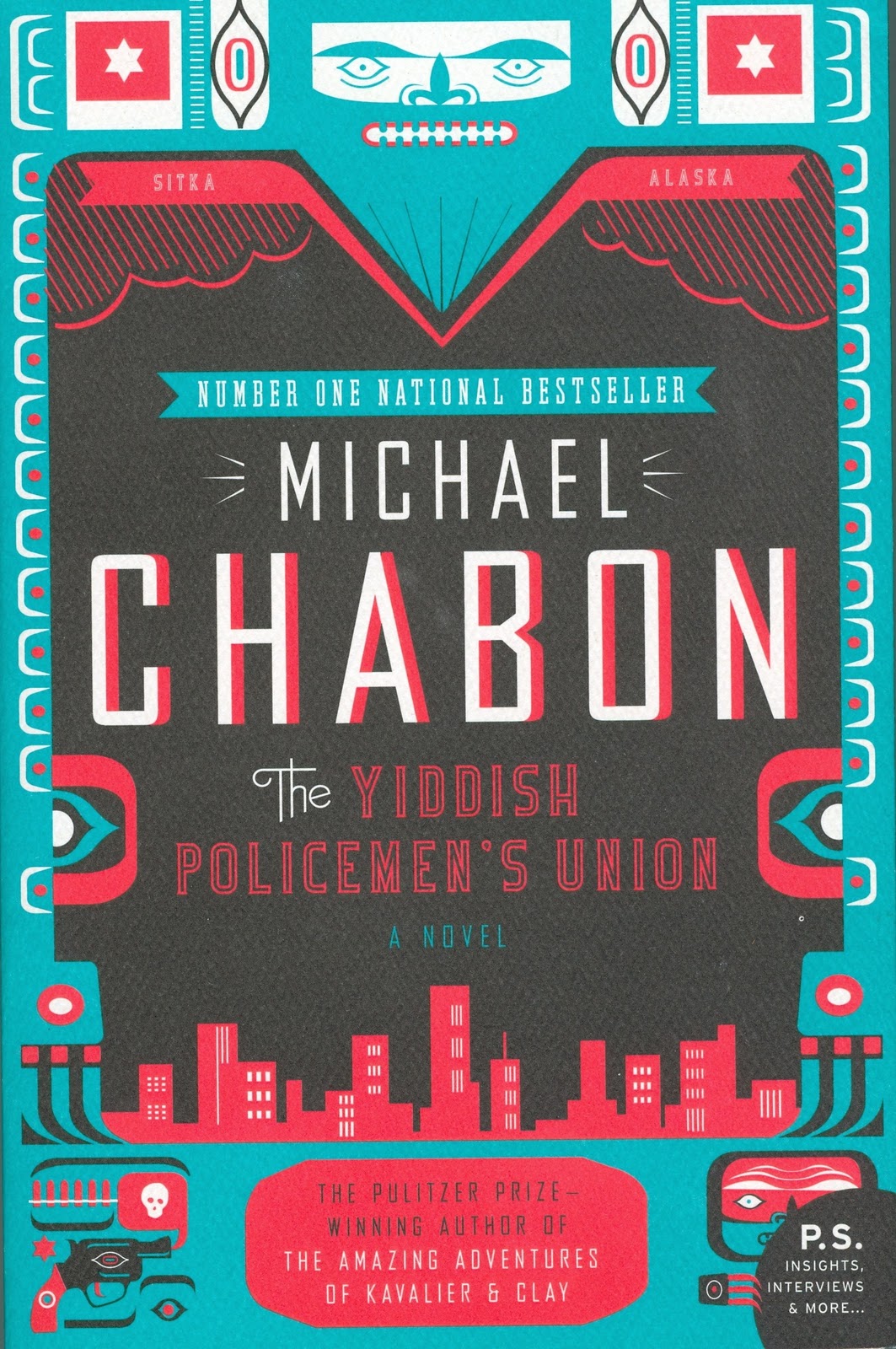 There has never been a doubt that Michael Chabon is a good storyteller. Wonder Boys and The Amazing Adventures of Kavalier and Clay are both well-told character studies that involve both great character development, as well as involving plots that drove the stories forward without getting bogged down in some of the literary miasma of his contemporaries. Kavalier and Clay goes pretty far afield, though, as the plot expands and expands beyond the usual constraints of his storytelling into almost allegorical lands. This book, however, sticks closer to home, preferring a more straightforward prose style and linear plot. Granted, it takes place in an alternate reality, which is somewhat outside of his normal comfort zone of the coming of age novel like the aforementioned and The Mysteries of Pittsburgh.

Set in the not so distant past, in a land that doesn’t exist, the first thing we need to get used to when starting off this novel is the bizarre universe that Chabon has created. Okay, the land exists, it being Alaska (a state, which for obvious reasons, has been in the news of late), but the people inhabiting it do not. It seems that World War II didn’t go exactly as it did in our version of history. There is a mention of us dropping an A-bomb on Germany and some other variants that seem to have altered history somewhat–at least for Europe’s Jews. For whatever reason, the West’s idea of resettling Jews in Israel didn’t work. It sounds like a rebellion of Muslims, some resistance on the part of countries in the region and general apathy on the part of US allies created a resounding failure in the plan. And now, rather than having a Jewish state in Israel, the area is dominated by Muslim Arabs, and only the heartiest of Zionists are trying to gain some sort of foothold in the region (essentially becoming the region’s Palestinians).

So the US decides that they will take on the approximate two million Jews and put them up in an Alaskan region occupied by Native American tribes. That Jewish society, clinging to its roots, retains its Yiddish language, Jewish faith and customs, but develops as any other urban area of two million would, including crime, gangs, etc. And while this seemed like a selfless act on the part of the US, it is only a temporary solution, as the land is essentially on a fifty-year lease from the local Indians, reverting back to US control after that time, and basically dissolving any infrastructure, local governance, and society built by the settlers.

Our story starts at the dawn of this reversion, as all the area’s Jews prepare for yet another Diaspora. Unclear to all of them is what will happen to them after reversion in terms of their homes, jobs, families, etc. At the heart of this is our protagonist, a police detective for the Yiddish Police, Meyer Landsman. As reversion approaches and all is up in the air, a neighbor of his in the fleabag hotel in which he lives ends up murdered. Despite the inevitable dissolution of his position as cop, and with it the years of hard work uncovering murders (along with any unsolved murders), he digs in and starts investigating the murder of this apparent drifter and drug user.

There are complications, of course. Landsman’s ex-wife is also a cop, and now his superior officer. His reputation for being a maverick of sorts (and a drinker of lots) paints a picture of a guy on the edge with a win-at-all-costs attitude because he just doesn’t give a crap anymore whose nose he puts out of joint. Joined by his half-Indian cousin, he starts investigating the murder of this young chess prodigy, and starts uncovering plots that go way beyond the murder of a junkie in a sleazy hotel room.

Chabon manages to write mysteries that are both compelling from a plot perspective, as well as interesting in terms of his characters and their surroundings. He clearly did a lot of research on Judaism and old school Yiddish traditions (as well as some in depth stuff around the different Hasidic groups). In creating this imaginary world, he also crafted an interesting meld of 40s noir, old-world Europe, Alaskan ruddiness and the modern world of the US immigrant. All these elements come together seamlessly in his descriptions, and are absorbing to the points of complete immersion. His detail is certainly not as intricate as in Kavalier and Clay, and the plot is much more linear, but a lot of that richness of character is still there.

Landsman’s investigation uncovers a world of religious zealotry, power struggles, hypocrisy and ultimately secret international plots. Along the way he also learns what it means to be a partner (both in the police and domestic sense), as well as gains a sense of self in a world about to be upended. In the end he fights for what he feels is right in the face of supporting what all Jews seem to be looking for: a home. The message from Chabon is an interesting one; not exactly anti-Zionist, and not exactly pro, but giving a perspective from all displaced peoples whose culture and people just want to be happy and settled.