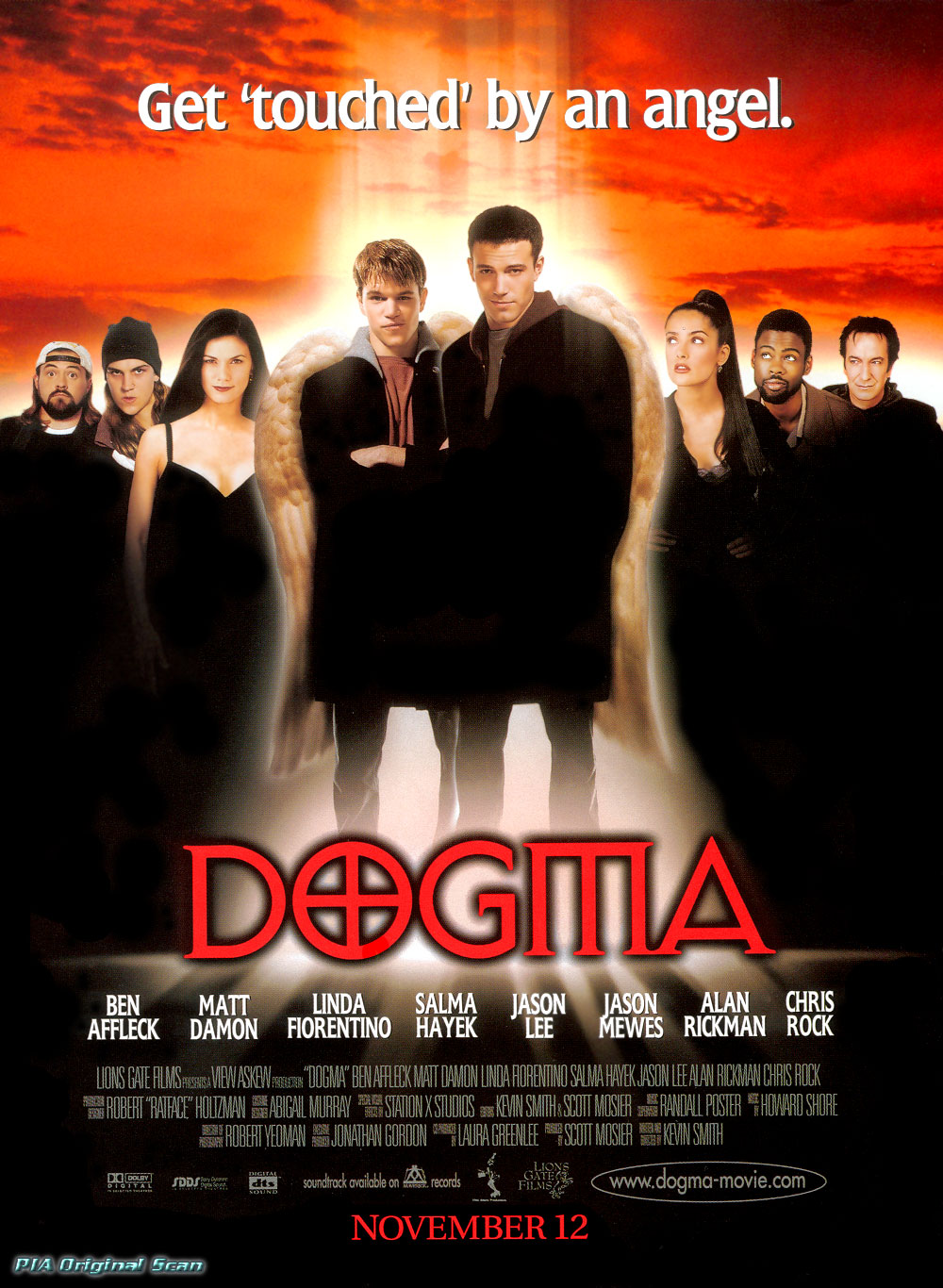 Let me start off by saying that I’m a big fan of Kevin Smith’s over-indulgent, film school movies — up until now, that is. I also think Jason Lee is one of the funniest guys around, Salma Hayek is amazing (looking), Matt Damon is a terrific actor and Alan Rickman is completely underrated (and the only truly funny person in this movie). I usually can’t stand Ben Affleck, but he’s actually okay in this film.

Now, if Kevin Smith had just given them something even remotely interesting to work with. The whole thing just seems like an undergraduate film student’s project gone awry. High concept to the point of absurdity, this movie takes every good idea and destroys it with slapstick, fart jokes and unnecessary gore. Yes, Kevin Smith is trying to make a bunch of points — but making too many spoils everything. Look at the runtime. There is no reason a Kevin Smith movie needs to be over two hours. He obviously fell in love with the idea of the angel/devil/god concept, did his research, and tried to make all the main players in the movie correspond to actual bible deities. Some work. Most don’t.

He could have turned this into an interesting study of Catholicism and religion in our society, but he ends up turning it into a weird road movie that has no point. All of Smith’s other movies have been very low concept. They’ve been character studies with a bunch of jokes thrown in. He obviously needs to work on his plot development skills, as almost every plot device here is completely contrived and obvious. Hmmm, need to motivate a character to a certain point — throw in something that makes no sense, but will guide the plot towards an end. It’s kind of embarrassingly amateurish. It’s also hard watching Chris Rock attempt to act. He’s a hell of a stand-up comic, but as an actor he’s extremely mediocre. It doesn’t help that most of Kevin Smith’s dialogue doesn’t sound like anything a human has ever uttered.

If it is possible for a film to jump the shark while in progress, this one does it when a giant “shit” monster emerges from a toilet in a bar to attack all of our characters and a gang of stereotypical Latino gangbangers. Ha-ha. Shit is funny! It’s as if Smith’s five-year-old nephew had script input. “Uncle Kevin, isn’t this where we should have poopie?” Whatever. There’s just nothing subtle about this movie. There’s nothing deep. Yes, we get the fact that smith is a lapsed Catholic but still wants to believe that god is a caring and gracious being. Blah, blah. Discuss it with your shrink and write some more scripts about lesbians, stoners and Jerseyites.