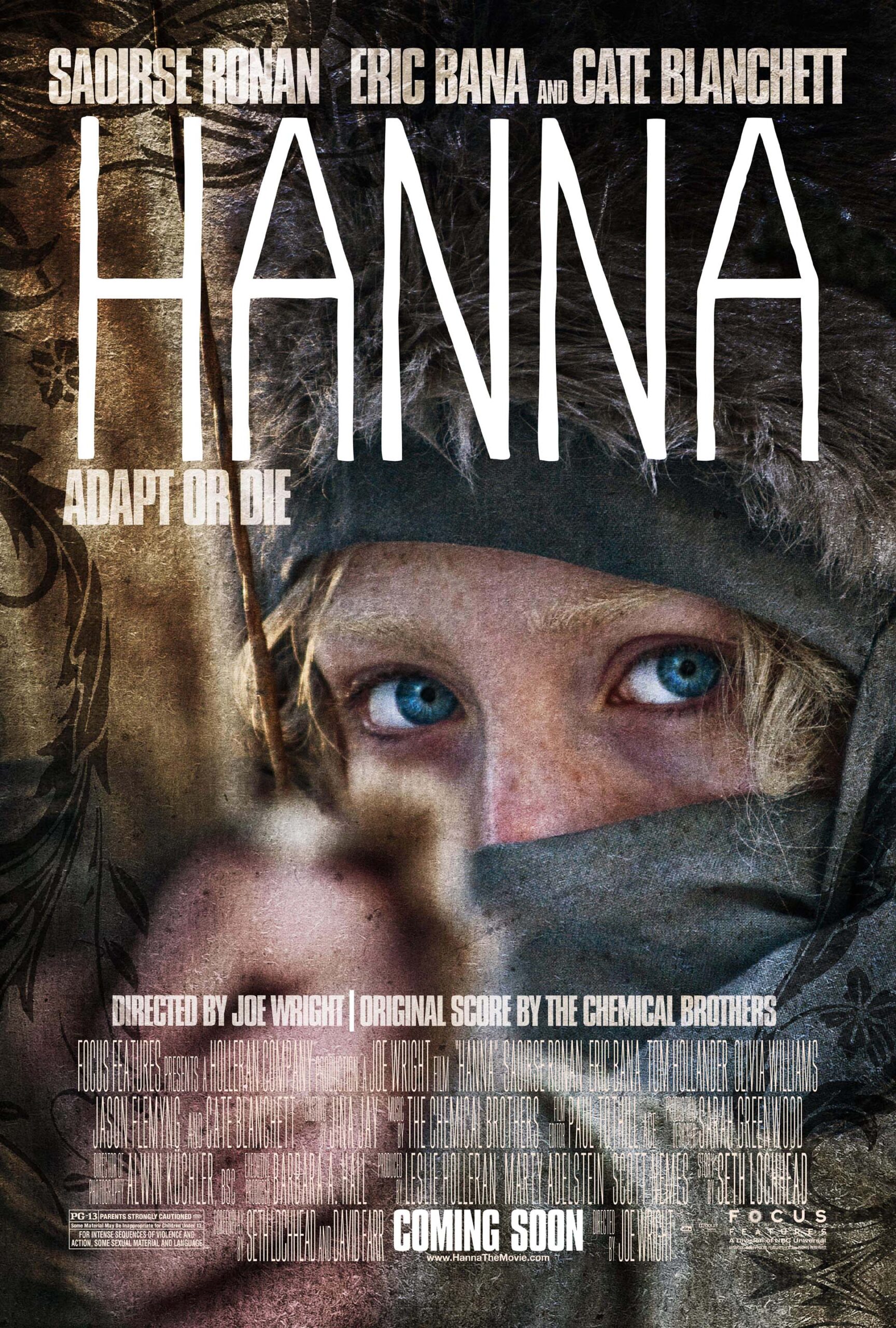 It’s clear right out of the gate that this ain’t going to be your typical, slick Hollywood shoot ’em up. The bizarre ‘Hanna’ graphic used in the title sequence alone screams of some French film like The Professional or La Femme Nikita (both coincidently Luc Besson movies remade in English.) Whatever it was, be it the thumping Chemical Brothers soundtrack, or the weirdly unslick title sequence, it just felt very un-American right out of the gate. That, along with the fact there wasn’t a single American actor in the thing (despite the main character supposedly being pursued by the CIA) and the locations being very obviously European lent an off-kilter feel to the whole thing. And, as I’ve stated in other reviews, Americans just don’t seem to dig movies that take place wholly in other countries (unless Matt Damon is in them). I’m not certain if this just general American ethnocentrism at work, or if they just feel the need to recognize something familiar to get their bearings.

Quickly on the plot: there’s this girl who, in a plot device that seems as old as the industry itself, is some sort of bred-from-birth super-soldier and is being raised in the woods of Finland by Eric Bana, who is a German ex-CIA dude (wha?) bent on revenge and training said girl, Hanna (Saoirse Ronan), to basically be an assassin to kill a woman with whom he used to work and on whom he wants to take said revenge. Whew. She’s never used a computer, apparently never heard music and spends her days playing sword fight with sticks and shooting elk for meat. She is finally given the low-down on why she’s been raised in the woods all these years and that it’s her choice when to start the process of going to kill this woman. She opts to pretty much start right away, and zaniness ensues. Throughout these first scenes we realize a couple things. Eric Bana can’t do a German accent and pretty much sucks balls as an actor. I mean he doesn’t literally suck balls, but if bad acting were balls, he would suck ’em. And Saoirse, who was awesome in The Lovely Bones, and I vaguely remember being pretty good in Atonement, is going to be a big, f’ing star. The girl is hard to keep your eyes off of. And her feral performance is every bit as convincing as Bana’s isn’t.

So the chick Hanna is supposed to kill is Cate Blanchett. She’s apparently a CIA person who started the super-soldier program of which Hanna was a part, but ended the thing and then decided to eliminate the participants. She’s supposed to be Southern, I think. Like American Southern. But she sounds more like an Australian with a speech impediment (which I guess makes sense, her being an Aussie and all). It’s seriously distracting just how bad she is. How just unsubtle and witchy she is in the role. There’s something about her face that just makes her whole person seem like it’s overacting. It’s surprisingly terrible — and, honestly, unbelievable.

So what you end up with is a kind of cool looking road film, with Hanna working her way back to her father after leaving Finland, being detained, breaking out and then making friends with a traveling Brit family. And, of course, doing the fish out of water thing, discovering electricity and beds and computers and make-up and boys and on and on. Though, the script seems to forget this fact at points, as she uses computers despite being confounded by music and a ceiling fan. But not cars and stuff? Just one of those deep inconsistencies that seems like something they’d be pretty diligent about given the big set up at the beginning of the film about her isolation from society her entire life.

Overall there are some cool scenes, and Ms. Ronan gives a really decent performance — including some impressive physical stuff — but there’s something rehashed-feeling about the whole plot, and the characters outside of Hanna are over-the-top and completely flat. Of course I have a habit of turning on films I’ve already seen to have them on in the background mainly based on one aspect I might like. In this case the main actress is compelling enough to warrant this, but if you’re planning to put aside a night on the couch specifically to watch this film, you may want to put it aside until you have some laundry to fold, basket weaving to do or maybe a really large scab to pick, so you have something else to hold your attention for an hour-fifty beside this thing.