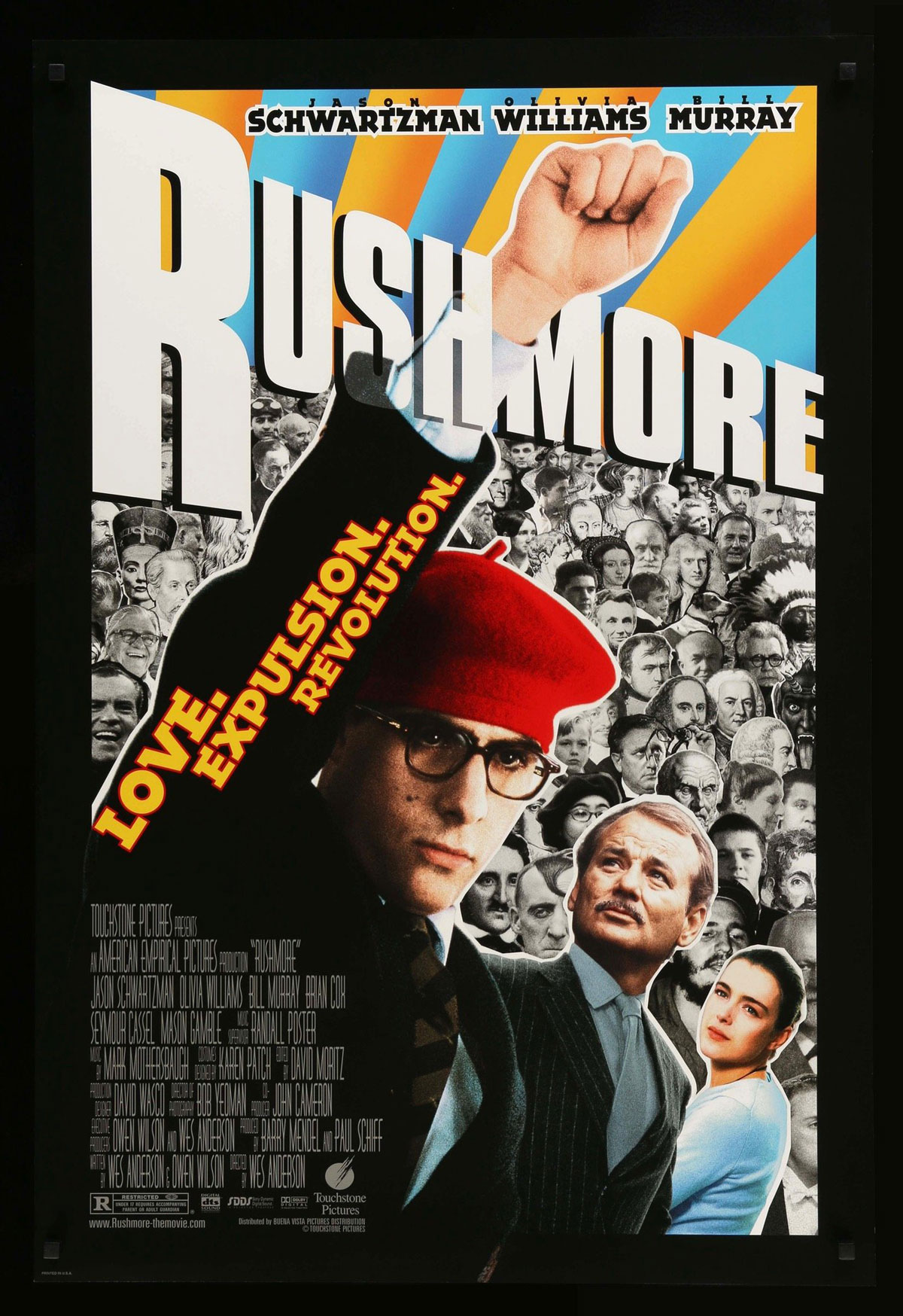 If there was any justice in the world, star Jason Schwartzman’s eyebrows would win an Academy Award. One word would sum up this little film: quirky. Luckily, I was in a perfect mood for a quirky movie the night I went to see this extremely original piece of film making that should embarrass Hollywood into making better films. Seeing a clever film like this depresses me. I can’t get over the fact that for every one of these gems that gets made, there are 150 Judge Dredds and The Postmans.

What I can’t believe is that Schwartzman (son of Talia Shire and nephew of Francis Ford Coppola) has never acted before. He’s one of those characters that makes you cringe with his awkwardness and makes you want to slap the shit out of him for being such a blind idiot, but he really draws you in. Bill Murray is perfect as his foil, with his hang-dog glare and rumpled delivery. And, in one of the funniest scenes I’ve seen in quite a while, looking absolutely dejected and suicidal, Murray executes a cannonball off a high-dive with a cigarette in his mouth and a drink in his hand while his wife tries to throw a party. I haven’t done the movie justice, just go see it.