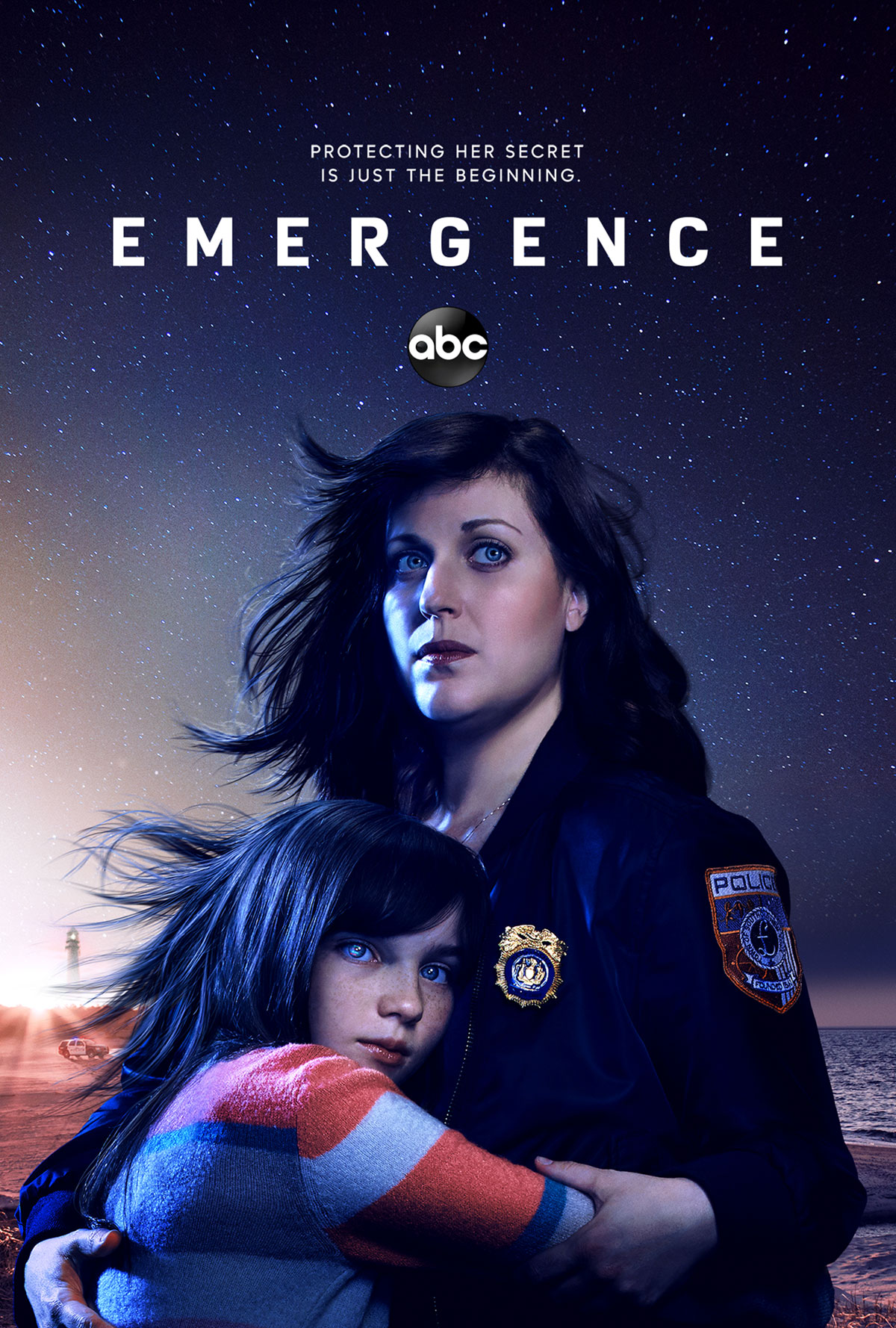 The things we do for love. Like watching an ABC series about a robot girl and her desire to be real. And, yes, Emergence is not much more than a sci-fi version of Pinocchio, but let’s not let that stop us from making fun of it mercilessly. Just don’t let Hipster Jr. Jr. know, or she’ll be hurt that I’m belittling something that we got to bond over once a week for an hour or so. You know, before she went back to watching endless YouTube videos about Minecraft or Grand Theft Auto or whatever I, as a terrible parent, am not monitoring on her phone.

Ok, to be fair, I’m the one who originally brought this up as a possibility for a watch with Hipster Jr. Jr., whom I believe is technically a tween. After all, it’s on a major network, so there’s very little chance of blood orgies or graphic mass slaughter. Turns out I was totally right on that front. And then there was the sci-fi mystery angle, which I figured might be survivable. I mean, I knew it would devolve into Small Wonder at some juncture, but figured maybe there’d be a driver there that would keep me not bored to death with network milquetoastiness.

The series starts off in a semi-promising way. A mysterious plane crash on Long Island reveals a lone survivor: a young girl. Our protagonist, Jo Evans (Allison Tolman), police chief of a fictional L.I. town takes custody of the girl and brings her home. I’m not at all certain this is how this works, but in this show very little in terms of logic, law, science or time and space matters. Regardless, the girl has no memory of anything, but it’s clear to us that there’s something weird about her. You know, besides walking away from a deadly plane crash with not a scratch on her. You’re thinking alien, right? Well, that’s where my mind went too. But, no, she’s not an alien. She’s a robot. And this is why from episode one on, Hipster Jr. Jr. and I referred to this as The Robot Girl Show. And that was fine because we all knew what we were talking about.

Anyhow, there’s a lot of convoluted stuff that happens around the robot’s original creator, original programmer and original corporate owner that puts her in jeopardy. And the whole time Jo shows that she’s a terrible cop, not a great boss and a pretty terrible mother to her actual teenaged daughter. Not to mention the obvious reason that her marriage to Alex (Donald Faison) has ended. That said, she does seem “real.” Not a real cop, mind you, but a real person. I suppose that’s kind of Tolman’s brand, and she’s good at it. Faison as her ex gives a little levity to the show that always seems fraught. But, again, that’s kind of his brand as well. I can’t say the two of them have incredible amounts of chemistry, but they are the two best actors in a show that is a little shaky when it comes to the whole acting thing.

Anyway, the robot has some powers. It’s not entirely clear what they are, but they involve some sort of telekinesis and maybe some power transference of some sort. Because she’s clearly special, there is a whole cabal of people trying to capture her. Corporate people, evil people, government people. And then just some shady people who may or may not be robots themselves. It becomes a little clearer as the series goes on, but it takes a while to figure out what the deal is. Meanwhile we see Jo get all motherly over this girl who is made of circuits and a complicated AI. Again, putting herself and her flesh-and-blood family in harm’s way to protect her. A really, really weird choice when you think about it. And it’s not as if a few episodes in she doesn’t know this seemingly human girl is just a piece of hardware and software. Honestly, it makes her character seem kinda nuts and irresponsible.

So, what makes this an ABC show instead of, say, an FX show? Writing and plotting. The two are married, obviously, but when you’re writing a relatively complicated sci-fi show, you need to have your plotting tight. This is not what happens here. Human characters seemingly teleport from place to place. Time almost has less meaning on this show than it does on Parks and Rec, which had absolutely no regard for how time works. Thing is, this not a sitcom, so the plot actually matters. And time matters. Having your characters just appear places five minutes after they talk about that place (when that place is theoretically far away and/or inaccessible) is not a good look. Having a group of characters lost in a meandering complex be saved by another group that just shows up and immediately walks right up to them (not thanks to the robot) is just laziness. That’s a plot hole. That’s the writers just assuming the people watching ABC won’t notice these shortcuts. This bending of time and space and credulity. But they have me. An asshole who tears apart stuff like this for a hobby.

The thing is, I know they know. I know they know that people carry mobile phones. That when they’re trapped somewhere, at least one of them might be carrying a phone in his pocket. But this show just pretends phones don’t exist if it’s inconvenient for the plot. Literally, at several points our protagonists are in some place that a simple phone call would solve, but nobody seems to have their phone on them. I know phones exist in this universe. They use them all the time. Except when they’d be useful, but would solve their predicament too easily.

They also put this dangerous glowing orb thing in what looks like a drink cooler just sitting out on the deck of a boat unlocked. Not at all realistic. Neither is any of the science in the show. They yada-yada the hell out of everything. Because apparently people who watch ABC don’t give a shit about anything. It’s a little infuriating. Even Hipster Jr. Jr. rolled her eyes a few times at the coincidences and rule realignment as the series went along. We have shape-shifting nanobots now!? And Faison is still into his ex-wife, Tolman? And they sort of maybe sleep together, but it’s completely unclear because maybe the network censors got ahold of it and edited something out? But Tolman then gets this weird, out-of-the-blue romance with some other dude? After it seemed like maybe she liked this other guy? She seems to have or almost have a close call with every man on the show save her dad played by Clancy Brown. Which I suppose it a good thing. Because, again, this isn’t an HBO show.

I remember now why I don’t watch a whole lot of network television. This one has a decent lead actress and, in theory, a decent premise. But the execution is cheesy and the writing way too on-the-nose, but also vague. They’re afraid to challenge their audience a little. They’re afraid to give it too much of an edge. And it’s not as through they won’t kill people and/or show some violence, but the stakes and the growl in the script is just not there. And the acting is always verging on after school special or multi-camera sitcom. It’s broad and just kind of flat. And, look, we’ll watch season two if there is one because I love to spend any time I can with Hipster Jr. Jr., even if it’s watching a robot girl run around in a world that makes very little sense and is a toothless old-person’s idea of what an edgy show should be.