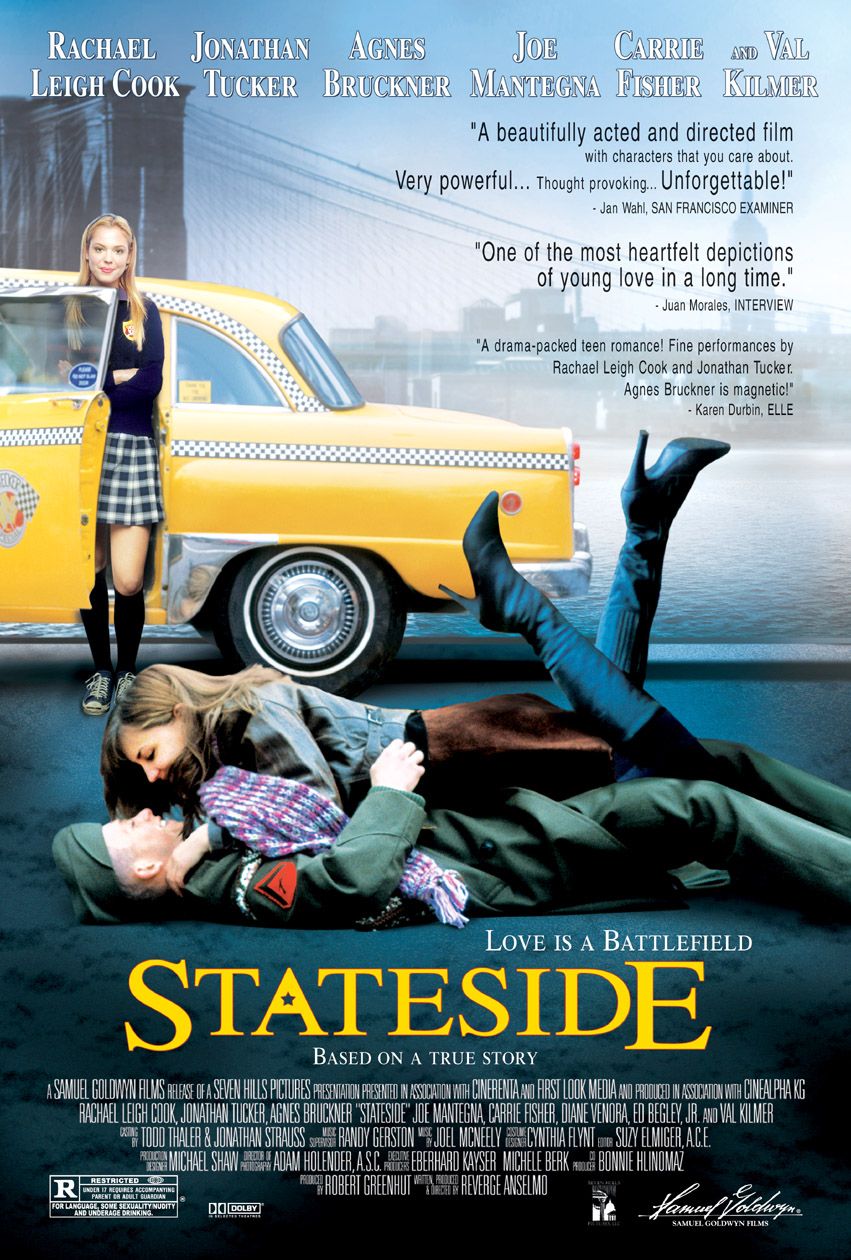 Wow. I mean, wow. I should have known from the brief description on my digital cable system that this was gonna be a stinker. Truth be told, I knew it was going to suck, but chose to plow ahead because of the Elvis Costello song “Oliver’s Army” playing over the opening titles. I figured that despite it starring Rachel Leigh Cook, and having what sounded like a terribly melodramatic plot, that it would at least be something more than another teen lamefest. Maybe I would find a hidden gem!

It turns out I was smoking crack. Not only was this movie melodramatic and meandering, it was boring, shot poorly and featured some serious “wtf!?” moments. One such moment was the weird assumed gang rape of our bi-polar friend Cook — by her own band. Yes, the lead singer of a band is repeatedly gang-raped by her drummer, bassist and lead guitarist. Um, yeah, I guess this certainly isn’t a cutesy teen movie. Of course the trailer (which I looked up afterward as a curiosity) makes it look like a light MTV generation love story about a couple of misfits. In fact, it was a complete snoozefest that seemed to spiral in on itself.

It starts off like the failed series Reunion. Yes, I know I’m the only person on Earth who saw that, but it’s basically a couple kids out joyriding in a fast car, drinking and being kids. It ends badly as one person ends up having to go into the Marines, and another ending up in the booby hatch. Why she ends up crazy after getting in a car accident is a little bit of a mystery. Sure she knocks her front teeth out, but I don’t know why that would all of a sudden cause you to detach from reality. Ooh, did I mention the kids just so happened to crash into Ed Begley, Jr., who happens to be the priest at their school? It’s honestly the most attention Ed has gotten in years.

The kid’s father lives in a giant house that looks vaguely like the White House and gets him out of jail time (oh yeah, Ed is paralyzed from the waist down in the crash) by sending him off to the military. But, before going off to boot camp, he goes to visit the girl with no front teeth in the insane asylum and runs into crazy ex-starlet Rachel Leigh Cook, who happens to be from their hometown, and happens to be sharing a room with miss no-chompers. It’s a short, but very memorable, meeting that he carries with him through his tough indoctrination into the Marines Corps. And, boy, he can’t wait to get home to be a crazy star fucker.

It progresses from there, as Cook plays that wacky, fun lunatic who, again, we know got gang raped on a regular basis, but is now one of those happy-go-lucky crazies who is super-liberating to everyone who meets her because she’s insane. And on and on. I found myself looking at my watch at least fifteen times during this thing, and every time was amazed at how little time had gone by. This is the longest 97-minute film of all time.

Finally the thing ends with one of the worst endings of all time. All I’ll say is that It involves some fake contacts and some people running and leaping (and not in a Breakfast Club kind of way). I believe the director is the son of the man who started Univision, proving that money will buy you absolutely nothing but an opportunity.