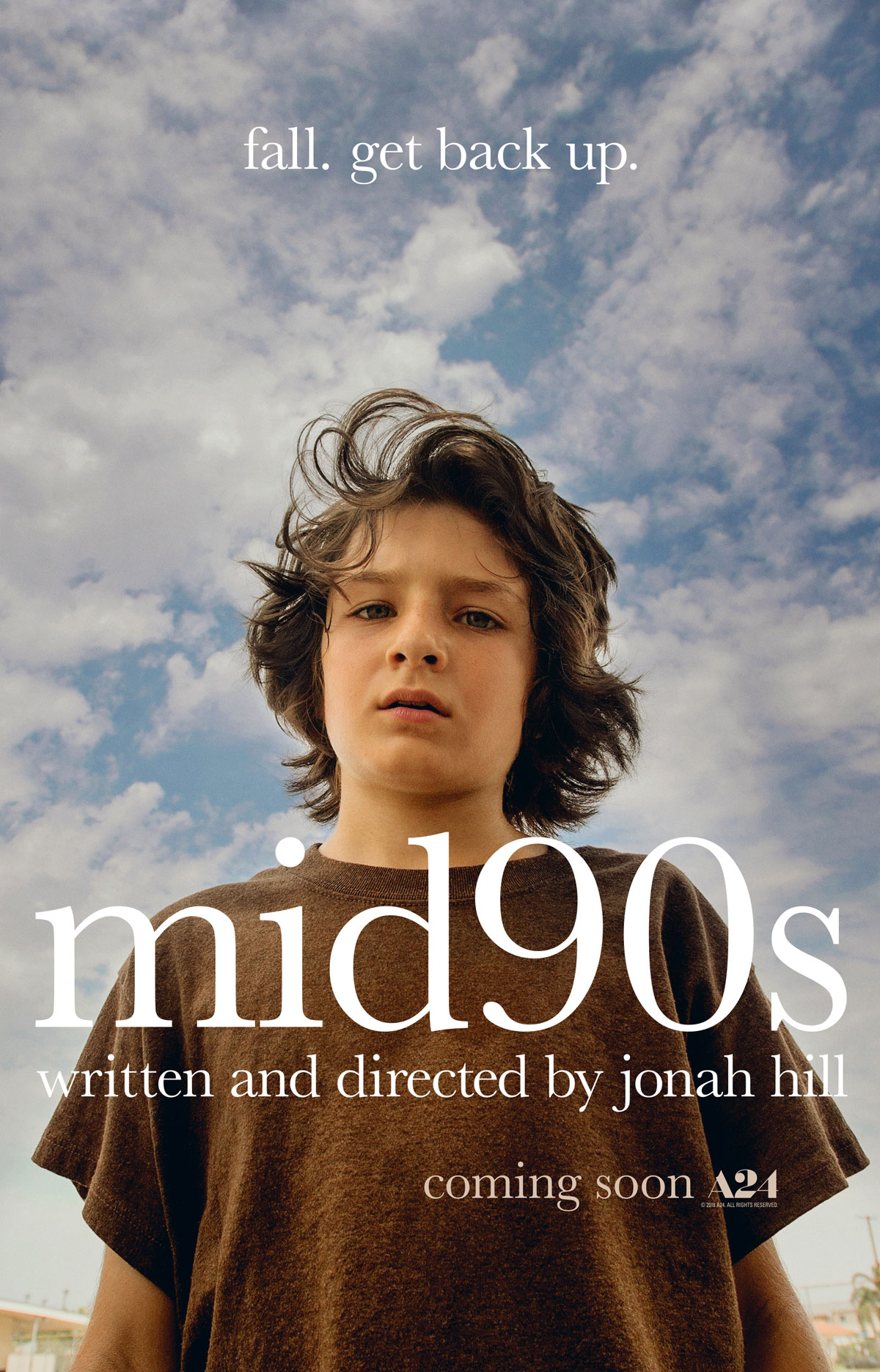 Full disclosure: I was a full-fledged adult in the mid-nineties. I had graduated college, moved to NYC and had a job and an apartment and everything. Despite this, I consider it a super-influential time in my life. I was still a very young adult and formed a lot of my now super-adultishness at that time. From what I recall, I drank entirely too many nights of the week by learning where one could score 25-cent beers and/or five-dollar all-you-can-drink deals. I got very little sleep and had a ton of fun. Now, Jonah Hill, who both wrote and directed this film, is almost exactly ten years my junior, so his experience with this specific part of a specific decade in a specific city (the same city in which I grew up) was somehow both very different and the same.

I, along with most folks, probably think of Hill as the funny fat kid form those Judd Apatow movies, or even the skinnier version of that fat kid in shows like Maniac. I , for one, didn’t know he was a writer, but then again, I hadn’t really thought of his career outside of being a decent comedic actor and even a somewhat underrated one. So I was pretty interested when mid90s came onto my radar. After all, here was a film set in LA in a decade that means a lot to me. Granted, I’d already moved away from that city, but Hill was there going to a high school I knew well (his sister, actress Beanie Feldstein, actually attending the same high school I went to) and probably running across some similar folks I’d run across in my time growing up there. Plus, I’m just a sucker for a coming-of-age “period” piece.

It’s obvious from jump that Hill wanted this to feel of the time. First, you have the old-school 4:3 aspect ratio that makes the whole thing feel like it was shot on an old VHS camera. And then you have the the naturalistic dialogue and docu/fly-on-the-wall shooting style that, at times, almost feels like an homage to that quintessential and influential 1995 film, Kids. The script sometimes feels written and other times dialogue seems like Hill just let the camera run and captured snippets of moments. It’s a pretty effective way to do things, and mostly avoids some of the more hokey stuff that could come out if you were to try to stuff writerly words into the mouths of children and young adults. And, honestly, for actors who have pretty limited IMDB pages, the characters felt real and authentic. Which, I suppose, is pretty high praise for what amounts to a first-time feature writer/director.

Now, while the performances are decent and the dialogue pretty spot-on, the narrative is pretty thin. The plot revolves around 13-year-old Stevie, who lives with his mother and brother in what looks to be a relatively middle-class house in LA. We know little of the mother’s life, there’s no dad and older brother, Ian (Lucas Hedges), is a very neat, but somewhat abusive brother who Stevie both idolizes and fears. It’s this lack of fleshed-out home life that throws Stevie’s motivation to seek out outside influence into question. We get it that his brother protects his stuff, but we don’t necessarily get the sense mom (Katherine Waterston) is a bad person or even a bad mom. So when Stevie finds this group of older dudes at a skate shop and decides that their lifestyle of drinking, smoking and skating is the one he wants, it’s not entirely clear why. Or what it is he needs to escape at home.

What we do learn is that Stevie seems to have a penchant for self-harm when he’s done something he deems bad (stealing money from his mom, being overly cruel to his brother, etc.) but his motivation for rebellion and, ultimately, self-destructive behavior isn’t made that readily apparent. And, sure, in finding these dudes — Ray, FuckShit, Ruben and Fourth Grade — Stevie presumably has a home where he belongs, I wasn’t feeling why he abandons his real family for this rag-tag one. Looking at Hill’s Wikipedia page, he apparently worked at a skate shop in Westwood, so I’m imagining this is where this thought came from? Thing is, by all accounts Hill grew up in a solid home, so I think that despite it feeling cool to him at the time, he didn’t quite make that connection with Stevie. And, sure, it seems cool that this kid gets to hang out with a bunch of diverse skaters who cuss and smoke and get girls and stuff, but his outward aggression toward a mother who looks to only have his best interest in mind seems pretty discordant. In fact the mother and brother characters are by far the weakest part of the movie, not well-drawn and, honestly, in the case of Hedges, pretty poorly acted (despite being the only two actors in the movie I’ve ever heard of). There’s a scene where Lucas Hedges has some sort of breakdown and I couldn’t tell if he was upset or just got some orange juice in his eye. It was very weird. And I think that guy got nominated for an Oscar for Manchester by the Sea?

Anyway, there are some definite winning scenes. There is also some creepiness when Stevie (Sunny Suljic), who is supposed to be thirteen, but is tiny and looks maybe eleven, is drinking 40s and smoking weed at a party and has a “sexual experience” with a seventeen-year-old… It’s just, if Stevie were a girl and the shoe was on the other foot, it would be called what it is: child molestation. Just sayin’. I’m just not sure there short, 85-minute running time allowed for enough runway to tell what should be a more nuanced story. And perhaps this is my multi-part series TV bias showing, but the thin exploration of the family situation and the abrupt and somewhat unsatisfying ending seem to be symptoms of a genre that just isn’t meant to tell complex stories. But, of course, we know movies can tell those stories, so perhaps we can chalk this one up to what it is: a really decent attempt by a first-time writer/director that will hopefully evolve and grow with his second and third effort. Side note: without giving anything away, there is a giant plot hole/issue at the end of the film that Hill clearly just brushed aside that could have definitely (and realistically should have) changed the course of at least one of the main character’s lives. But, whatever, dude.