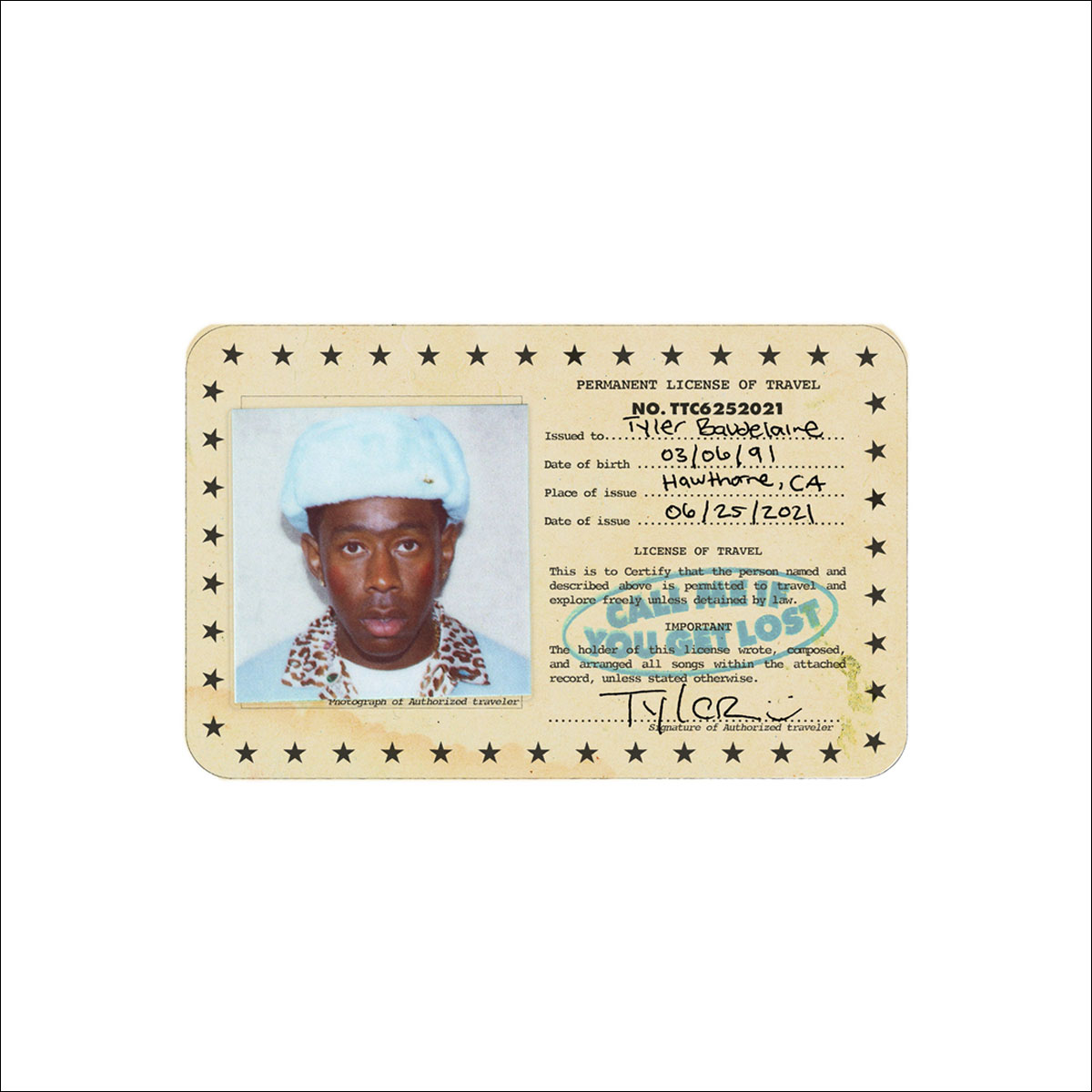 Tyler, The Creator: CALL ME IF YOU GET LOST

I actually “listen” to quite a bit of rap. Hours-long car rides to soccer games and tournaments DJed by Hipster Jr. and all his drill shit. Lil’ This and Baby That. And tons and tons of Travis Scott. Which I suppose is slightly better than the other stuff. But, frankly, I don’t get it. Lots of lyrics about sizzurp, various drug cook parties and what most of my Twitter follows would say is incredibly misogynistic nonsense. Honestly, though, it’s not music made for me. I’m not saying Tyler, The Creator makes music for old white guys, but his way-more-literate, tongue-in-cheek approach is much more up my alley. And for the first time in quite a while I don’t have to listen to that rat-a-tat drill drum track that all modern rap seems to implement. I’m not a fan.

On this album, Call Me If You Get Lost, Tyler moves back to a more classic hip hop style than some of his more recent spacey, soul and R&B-based stuff. His more Frank Ocean-y type stuff. Which, again, highlights my complete lack of frame of reference. Or limited repertoire when it comes to comparisons to anything hip hop post-2012 (when I left a job at the same label on which Tyler’s albums are released). It’s not as if I don’t hear what’s out there, but I do feel further and further divorced from its message, its culture and the music it wants to be. Not as if I’m a jazz-head — quite the opposite — but even the jazz samples on this album bind me to the music in a way those damn relentless snares of trap do not. The freeform poetry and stream-of-consciousness spoken word thing that was the basis of the genre. Not screaming “Gucci Gang!” over and over again until you pass out from a cough syrup overdose.

Tyler is singular in his style, really. Part meta. Part comedian. Part artist. He’s been a provocateur from his days back as the de facto leader of the Odd Future crew. And then a cultural anomaly. And then a re-invented visionary of sorts. So it’s kind of interesting to hear him go back to the mash-up, pastiche feel of this album that almost sounds like one of those old-school “radio flip” hip hop album tropes. You know what I’m talkin’ about. It’s as if the listener of the album is actually listening to the radio and some omnipotent hand changes the station between songs to bring the listener from experience to experience. And there’s usually some DJ who ties it all together. In this case, it’s actually DJ Drama yelling shit in the background. Usually the name of the album or like the internal thoughts of Tyler?

What does this all result in? A really entertaining listen is what. It has this loose feel to it, like a mixtape, but way tighter in terms of the quality. It feels cohesive in an intentional way that so many albums don’t. He’s not chasing singles or basically putting everything behind two tracks and then throwing in 14 half-baked filler tunes. There’s a front-to-back theme of travel and living a life he doesn’t really know how to live. It’s not a flex, though, as Tyler isn’t that dude. He always has that self-analysis thing in the background. That ability to be the oddball even as a major label hip hop artist. It’s the unique identity that he’s cultivated over a decade. Add to his list of accomplishments an amazing array of incredibly stylistic music videos off Call Me If You Get Lost as well, as he directs his own stuff under his nom de plume, Wolf Haley. He’s a singular talent. There is no doubt there. And I think for the first time in a long time I may actually revisit a hip hop album for fun and not just because Hipster Jr. decides it’s time to replay me the same Lil’ Whatever album for the 47th time.