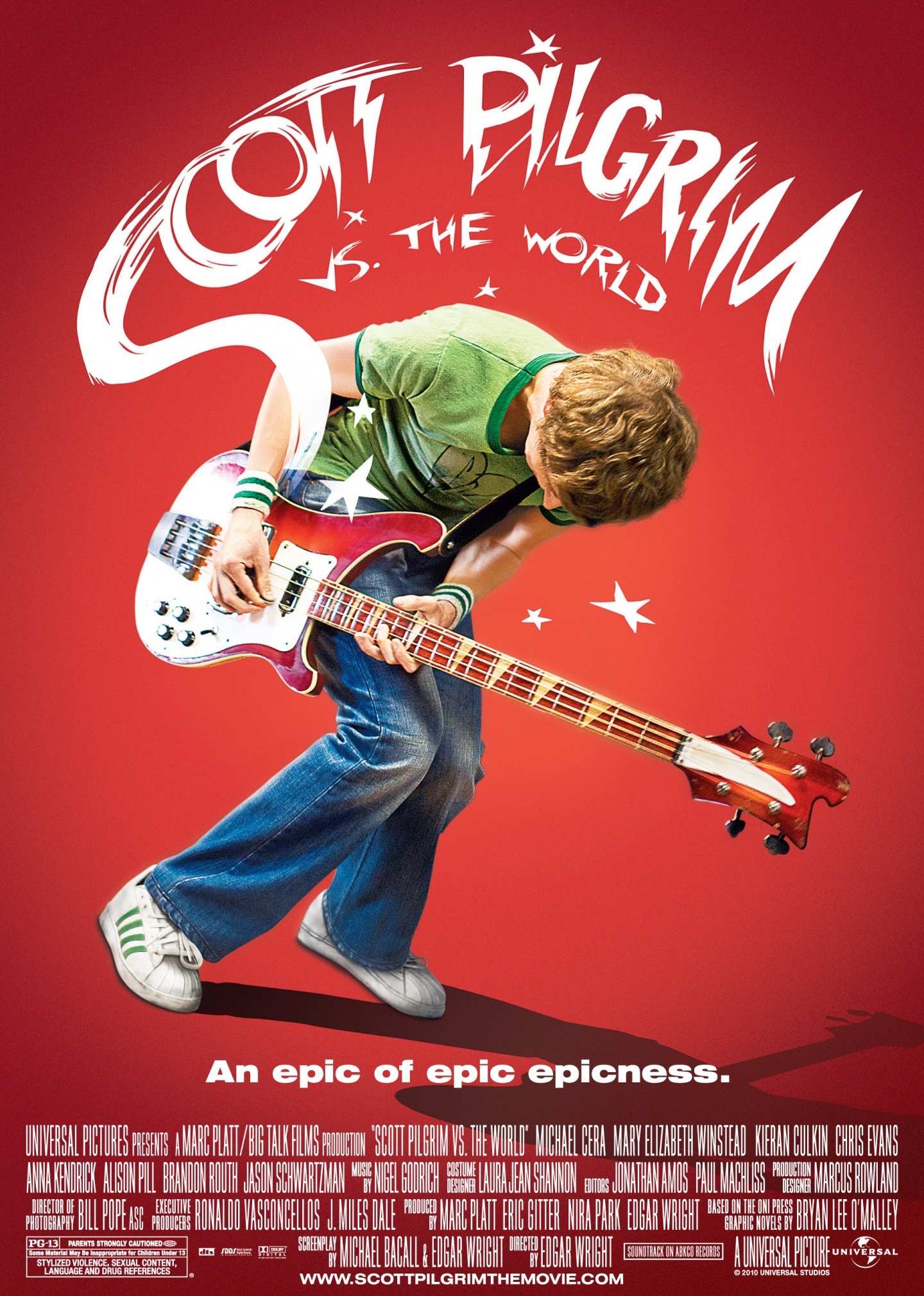 Scott Pilgrim vs. the World

I know I’m amazingly inconsistent with what I like and what I don’t like in my movies. Sometimes I’ll nitpick a plot — or even one single plot point — to death and other times I will forgive completely egregious plot holes, or even a lack of plot at all. I pick on people’s acting, the way they look, chronological anomalies and stilted dialogue. Sometimes I’ll single out one scene that ruined an otherwise fine movie for me. I hated Crash, fer Christ’s sake. But then there are movies like Scott Pilgrim, which on the surface seems like one of those that might get skewered for so many reasons — not the least of which it’s based on a comic book and has a plot a five-year-old could write. But I’ve given it a pass.

And why is that, you ask? Because sometimes even I, the jaded prick that I am, likes to have fun and be visually dazzled. And, boy, did I have a good time watching our typecast wimpy friend, Michael Cera, battle it out with the seven evil exes. The one nice thing about comic book movies is that they can empower the otherwise powerless, as reality plays little to no roll in the life of a character within a cartoon. Cera would probably be nothing but a stoop-shouldered actor in real life, but through the magic of movies, he’s an ass-kicking pursuer of Ramona Flowers who beats on dudes who in the real world would grind him into dust.

So why fight? Because to win the hand of Ramona, he must defeat all of her ex-boyfriends in a some very video-gamish battles to the death. Of course death in this case isn’t a bloodstain left on the floor, but rather an explosion of coins, a la Sonic the Hedgehog’s rings or Mario or whatever. Presumably Scott’s amazing video game proficiency at a game that is one part Dance Dance Revolution and another part Kung Fu makes him a perfect student of the craft and a wonderful virtual fighter.

Cera does his usual shtick throughout the film, which is always funny, but the real scene-stealer is Kieran Culkin (I know!) who plays Scott’s gay playboy roommate, with whom he shares a one-room apartment and the bed therein. Toronto seems to not fill their slacker needs, but Culkin acts as if he’s the king of the town, so cocky and lazy at the same time it’s hysterical. He steals everyone’s boyfriend and even brings dudes home to bed with Scott in the same space. He’s a sleepy-eyed breathe of fresh air, and I imagine he’ll garner lots of offers off this film.

So we spend the movie watching Scott try to ditch his current girlfriend, get over his old girlfriend, play in a terrible band with an even older girlfriend and all the while pursue the new girl and basically go from one scene to the next having to fight dudes in growing video game fashion (no blood, seemingly no injuries, but lots of beatings). The whole thing has a cool sheen over it that makes the visuals really pop, while, some scenes literally take their cues from comic book speech bubbles and visual sound effects.

The thing is loud and at times laugh-out-loud funny. I know this movie is probably made for teenagers, but what the hell do I care if it appeals to me? Tons o’ fun.