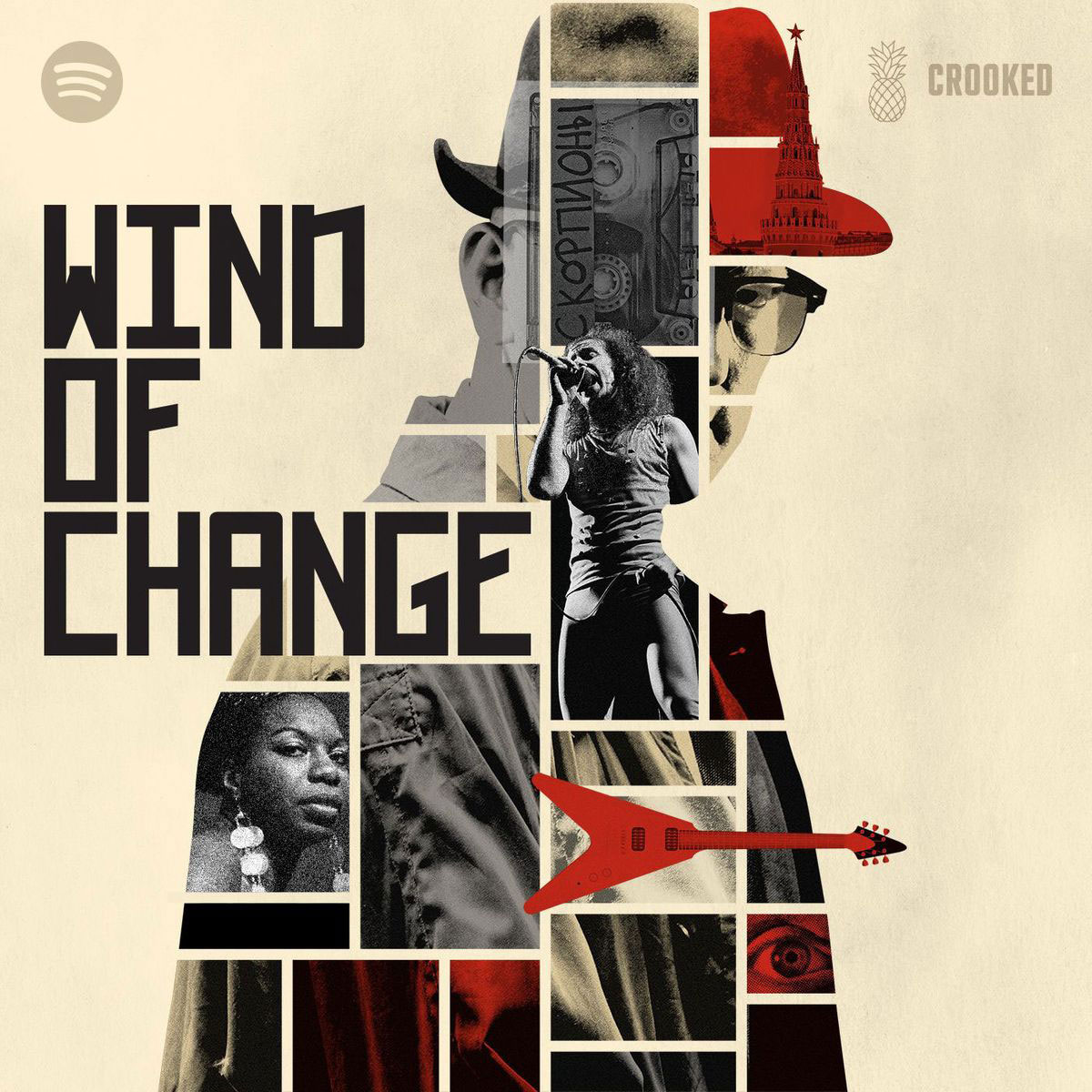 Spending almost eight hours listening to how the Scorpions song “Wind of Change” was, in fact, written by the CIA is a weird way to spend your time. And if this was all this podcast was about, you’d be hard pressed to argue against that statement. But the pod goes beyond this obscure Cold War conspiracy theory and brings us into a time when everything was on a razor’s edge and how Western culture was in itself a promise for a better life.

I can’t say I was amazingly familiar with the song “Wind of Change.” Of course I know “Rock You Like a Hurricane” and the song “Big City Nights” sounds vaguely familiar. And I suppose the whistling in “Wind of Change” is somewhere in my memory banks. But it’s certainly not a tune that I knew much about. Especially the fact that it was the de facto theme for the seeping changes in Europe at the end of the Cold War. And, honestly, how damn popular Scorpions were and are in and around Germany, Russia and all over Europe. People are weird.

So you start with one simple premise: The song “Wind of Change” was penned by the CIA to help expedite the fall of the Soviet Union and communism. It’s a great conspiracy theory because it’s a basic conceit. That opens all sorts of questions, of course. Like is there a department in the CIA staffed with pop music songwriters? Or did they subcontract to someone? But mostly the question is if the whole thing is even true.

And like most of these investigative journalism podcasts, we don’t really get a definitive answer to that question. We do, however, learn a ton of other interesting facts and experience some serious wackiness along the way. Podcast host and journalist, Patrick Radden Keefe, also comes to question his own involvement in his obsession/investigation and whether he, in pursuing it, is actually adding to the propaganda he’s seeking to expose. It’s one of those meta moments that happens a lot when people go deep on an obscure topic.

In his journey around the world to find his answer, we meet dudes who customize G.I. Joe figures, the guitarist from Skid Row, one of the world’s most prolific drug runners, lots of ex-CIA agents, a dude who built a giant fancy library full of secret doors and CIA memorabilia and, of course, Klaus Meine, lead singer of Scorpions and supposed author of “Wind of Change.” There are Russian fans, former KGB, music industry vets and all sorts of other characters in and around this investigation. And though it seems like a silly endeavor based on hearsay that Radden Keefe heard from a friend of his who was former CIA, the journey is a fun one that certainly taught me a lot about a period in the late 80s and early 90s in which I was coming of age.

Ultimately the podcast plays out like a really fun movie. If they’re not already making a TV series or a film about this, I’d be shocked. It involves so many amazing characters, the least of which are bands like Mötley Crüe, Bon Jovi and Ozzy Osbourne. Somehow the story involves the biggest bust in international dug-running history and also The Nitty Gritty Dirt Band. There’s espionage and lots of people that have to, by law, lie to Radden Keefe about whether or not they were in the CIA. So it’s never quite clear who’s on the up-and-up and who isn’t. Which makes things pretty damn fun.

The thing I didn’t expect out of this pod was the feeling of inspiration I took from it. The fact that even if the CIA didn’t write the song or even convince Meine to write it, the stories of young East Germans and Russians looking to rock music as the voice of freedom and secretly trading Scorpions cassettes under penalty of being thrown in jail just because they loved the music so much was really cool. Just the thought of it is seriously amazing and made me hope that the theory wasn’t true and that the entire revolution was somehow organically inspired by rock music.

And, yes, I would have loved if someone from the CIA came on mic and admitted writing the song. Or even if someone came on and completely denied it (other than Klaus Meinie, of course). But things are seldom that clean. Instead we kind of land in this place where it might have been true. But, more likely it’s a combination of things. Klaus magically became political after visiting the USSR and wrote an anthemic song that was seriously different and outside of anything he’d written prior. The CIA — who was clearly monitoring and probably mucking around in everything Soviet — saw that music had an effect on the youth and that “Wind of Change” was especially important because it actually mentioned Moscow and freedom… And they essentially juiced it a bit and made it go 1991 viral. But, honestly, we’ll probably never know. And that’s fine. Or is it?

GET THE PODCAST ONLY ON SPOTIFY