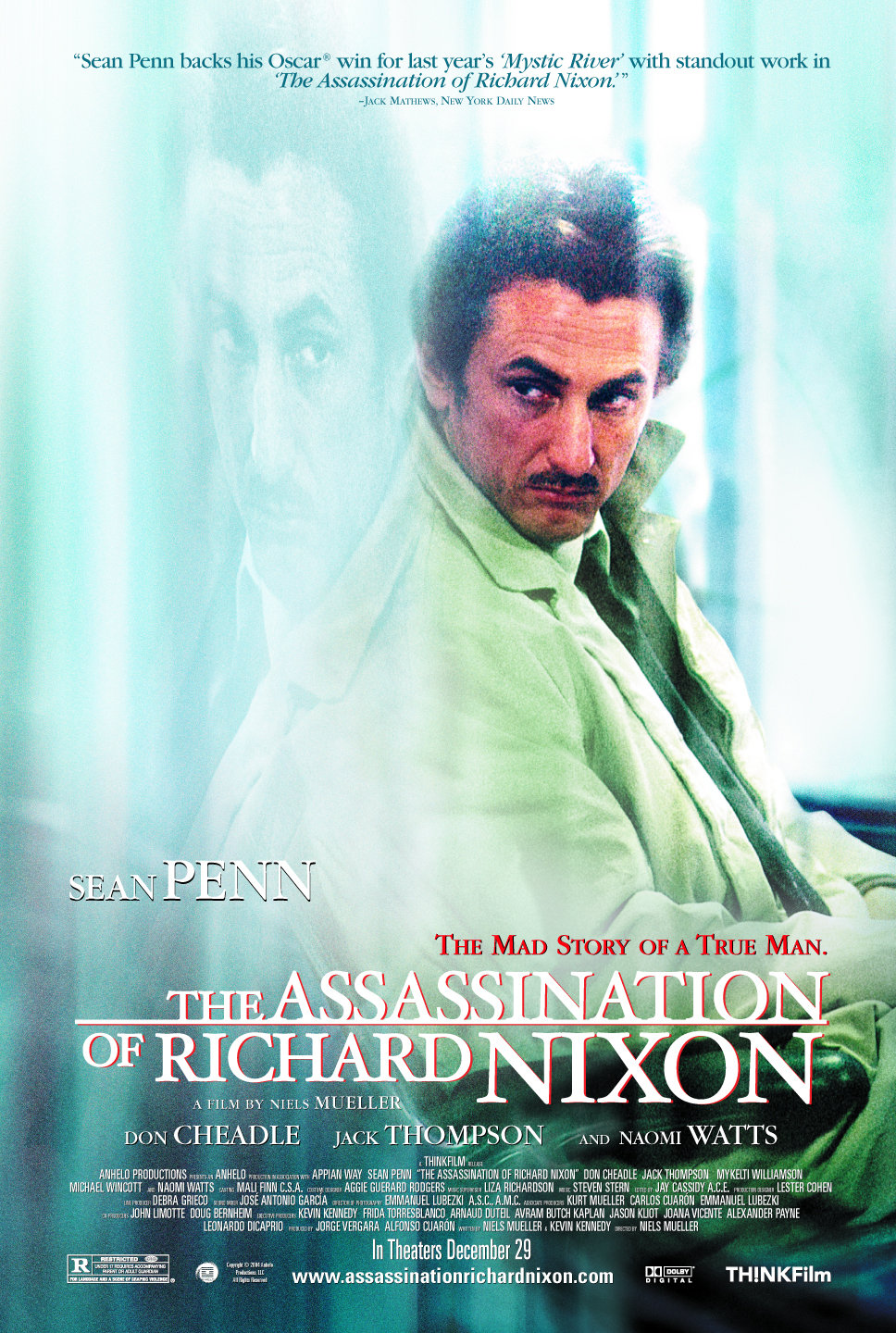 The Assassination of Richard Nixon

Take Taxi Driver and add a heap of depression and you get The Assassination of Richard Nixon. Travis Bickle was crazy. Samuel J. Bicke, our protagonist in this film (whose name in real life is spelled Byck), is crazy, sad and pathetic. Played by Sean Penn, he is a stammering, shuffling mess of a man. You literally want to smother him just to put him out of his misery. He is one part Willy Loman, one part ‘D-Fens,’ and many parts that lonely mailman who decides he’s going to go to work and take everyone down with him.

Sean Penn has made a career playing shaky characters, but this is most definitely his shakiest. He murmurs and whines and winces. He starts off sad and lonely and slowly unravels as the film progresses, eventually having a complete psychotic break. For whatever reason he places all of his found aggression on Richard Nixon, who he sees as the incarnation of everything that is wrong with the world. He hates dishonesty, which, as a salesman, he is surrounded by. He has an over-inflated sense of righteousness that has kept him from holding a job and made him completely bitter and obsessive. Throughout the film we see him watching the unfolding Watergate investigation and, though he never voices it, feels that if the president can’t be honest, then nobody can be. As most paranoid freaks do, he thinks that he is the only good person out there.

Of course in the course of trying to show his righteousness, he steals from his brother, lies to his employer, oh, and buys a gun to shoot his boss and hijack a plane to kill the president. This is after his wife serves him with divorce papers, and his last hope–a business plan that he has submitted to the government to get a grant–has been denied. He is the losingest loser. The weird thing is that this was a true story. The Bickle/Bicke thing is a coincidence (though the filmmakers decided to spell the character’s name that way), I guess, but the 1974 setting of this film (filmed in 2004) and Taxi Driver’s 1976 setting feel similar. I guess that’s a testament to the filmmakers’ attention to detail and commitment to the film. It really could have been filmed back in the same time period, with its drab 70s decor, awful clothes and grainy quality.

The film is really well done, but is so dark and sad that it’s hard to enjoy anything about it. It’s like watching a heroin addict sit there slowly killing himself. You could always Google the true Sam Byck story, but it’s just one more example of a small man living a small life and utterly failing at even making a blip.