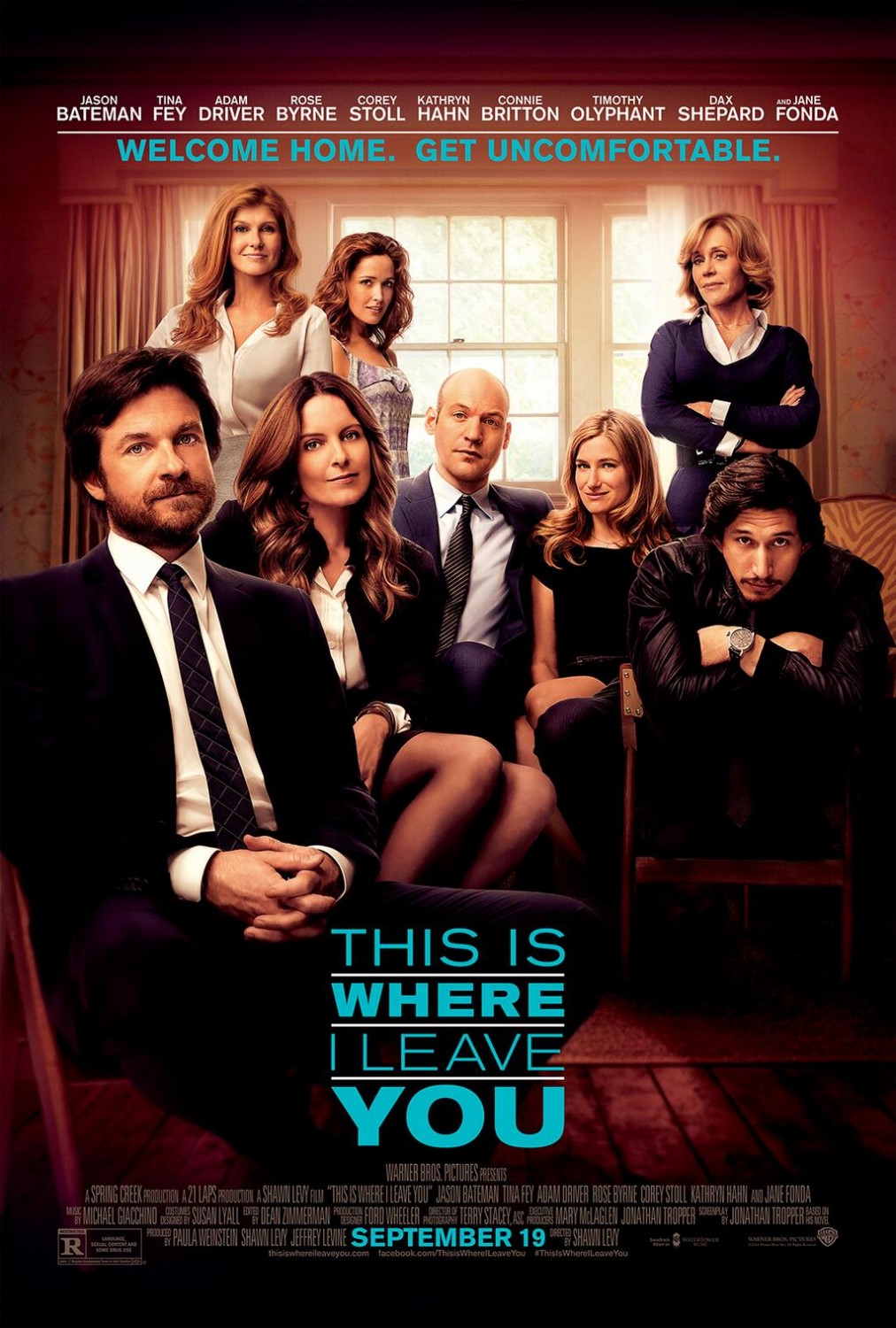 This Is Where I Leave You

Oh the joy of a good ensemble cast. It always feels to me like they’re trying to re-create St. Elmo’s Fire or Diner or something when they get all these great, compelling actors onto the same set. Or, in this case, Parenthood. But not Parenthood. The idea is, essentially, throw a bunch of interesting people into the same room and something interesting will happen. The issue is, it tends to always be the same something. The same family drama, the same tension, the same feel of a group of people who may be terrific actors and really swell in their own right, but because of the crowded tableau, often times don’t have enough to do on their own. That said, this is really Bateman’s movie. It’s his vehicle.

The amazing thing is that in an ensemble this rich that they couldn’t find more than one Jewish actor (Stoll) to play a Jew in a family full of Jews. This is Hollywood, people! And this is a family returning to their ancestral home after the death of their father to sit Shiva. Ok, maybe they’re only half-Jews with Jane Fonda as a mother, but they’re all sitting there wearing yarmulkes like it ain’t no thing. Cultural sensitivities aside, the old bringing-the-family-together-for-a-funeral (or wedding) thing is a dramedy trope older than the sun. The five siblings scattered to their own lives brought back to interact under one roof like they were kids again is a plot tread and retread. Even the characters within that dynamic feel like the exact ones we’ve seen before in a multitude of movies, not the least if which was the aforementioned Parenthood. You have the loyal son and the responsible one who seems to have it together, but doesn’t. The irresponsible youngest with wanderlust and the one who’s come home to rediscover her lost love. In fact, this is like the middle-road movie between Parenthood and what I remember of that movie Beautiful Girls. And even a little family drama from Rachel Getting Married.

The only thing is, this movie was missing the heart of the former and the sexiness of the latter. Who is this movie for? It’s too staid for a young audience and too whiny for an older one. Its seems like they decided to combat that by sticking Adam Driver in there for the Girls crowd and Fonda in there for the, uh, Barbarella audience? And I guess Jason Bateman is for me and Tina Fey for Ms. Hipster. And the goofiness and mock angst is for all of us! And the bad recurring mom boob-job joke on Fonda is enough to knock off a star or two. But the real shame here is that the cast really is top notch. The family dynamic —despite not a one of them looking alike — is actually decent (most likely, again, because the actors are interesting), but like most huge ensembles, it’s too easy to go super-wide and not-at-all deep. It takes the rare movie to pull off the trick. And that’s why, my friends, television is a platform in the rise. You could explore each family members’ issues across eight episodes instead of trying to cram it all in 120 minutes. And maybe adjust on the fly to strengthen the story and the writing. And maybe kill off Fonda’s character while you’re at it! Instead we end up with a watered-down version of what couldn’t have been and a script that feels it needs to slapstick it up every couple of scenes in order to keep whomever’s attention they’re trying to garner.