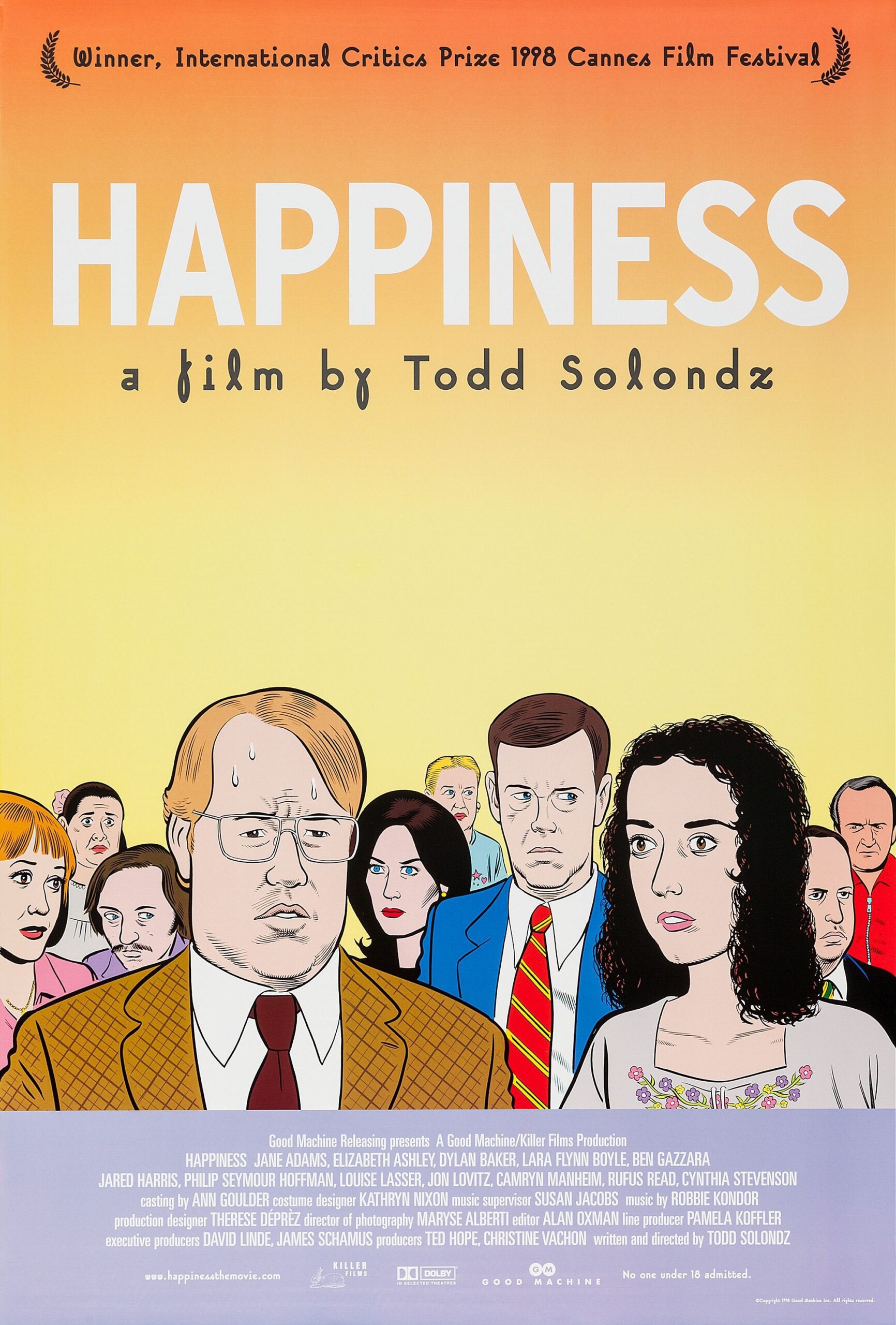 This movie should have been called “Horniness,” or, more appropriately, “Blech.” There is, in fact, little to no happiness going on in this film. Instead there’s a lot of jerking off, pedophilia and general yuck happening. I suppose the title is meant to be ironic.

All this deplorable behavior is shown in relatively straightforward detail, is matter of fact, non-subtle, etc. Now, I guess I’m a little prude-ish when it comes to this kind of thing, so I’m not necessarily the best judge, but do I really need to see Phillip Seymour Hoffman call random women from the phone book, whack it to their voices, tell them he’s going to fuck them so hard they’re heads are going to explode and then gratuitously ejaculate on his apartment wall (only to stick a postcard on top of it like some pervy art project)?

Do I then have to watch a mild-mannered psychologist, family man walk into a 711, buy a teen mag with some boy on the front, and proceed to walk out to his car and violently jerk off to the cover image in his backseat while watching a young boy sitting in the car next to him? Do I then really have the desire to watch said man proceed to talk to his adolescent son about coming, and develop an obvious sexual fascination with one of his son’s friends only to drug him and rape him?

I’ll stop here, because the weirdness just continues. I’m honestly not sure what the whole point of the thing is. There was an interesting interaction between Philip Seymour Hoffman and his sexually confused, murderous neighbor (Camryn Manheim), but that too is all twisted up in sexual dysfunction and bizarreness. Apparently I’m the only one who didn’t get this thing, but I don’t get opera or ballet either, so…