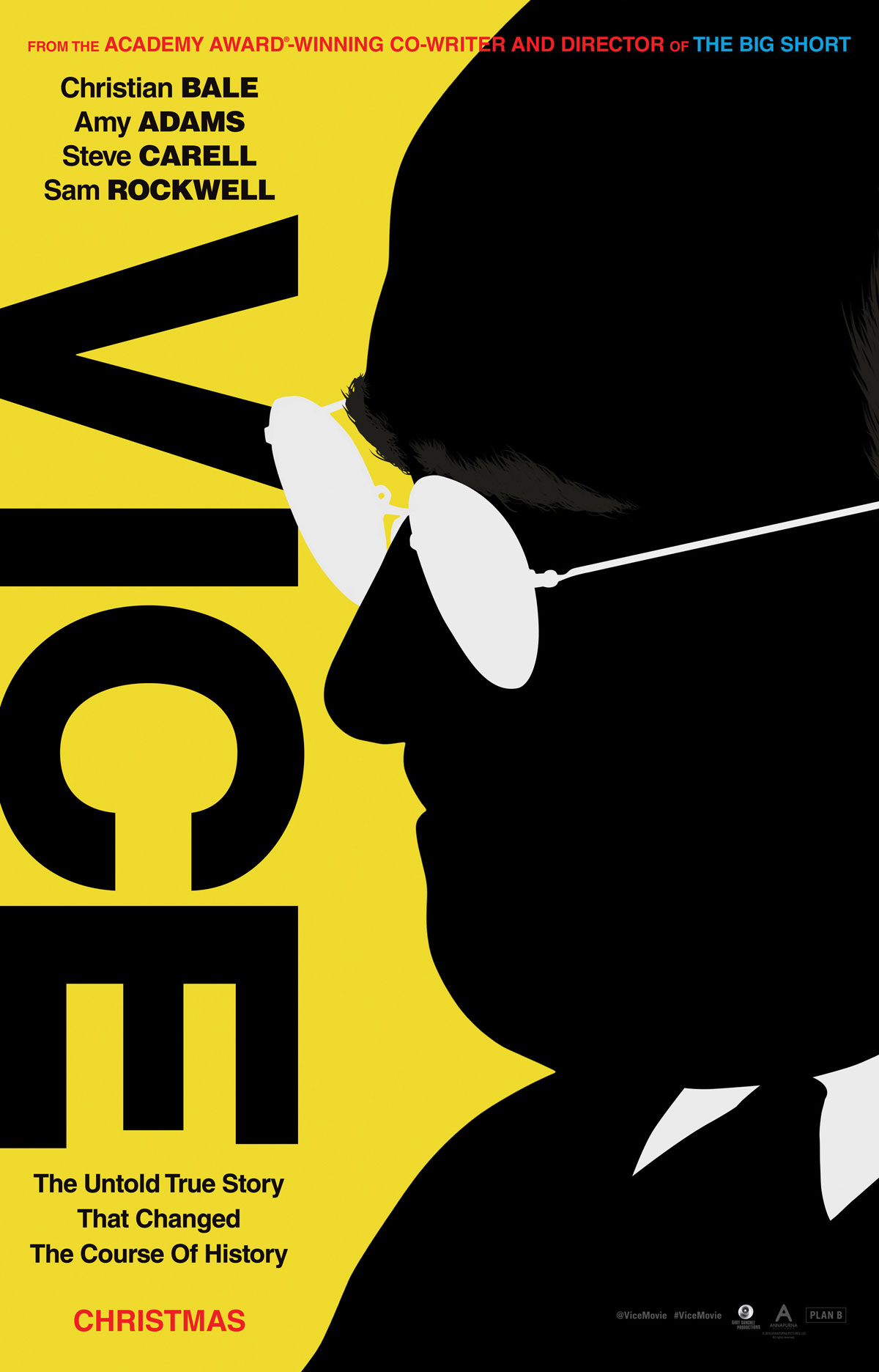 How do you watch and enjoy a movie about deplorable people? The Mother Theresa story this ain’t. But when you think about it, Vice is hardly alone in having us revel in the juices of men acting atrociously. It’s kind of the bedrock of these biopics, I suppose. It’s not like The Wolf of Wall Street dudes were doing great things for society. Or the guys in The Departed. We love stories about evil fuckers. They’re way more interesting than the good guys.

Dick Cheney is not a good guy. Dick Cheney is actually pretty fucking despicable. He’s a man of unending desire for power and control. A failure of a man who reshaped himself into something more than he deserved to be. Working for a man in George W. Bush who followed in the exact same mold. Though, unlike Bush, he was shamelessly ambitious. Bush just kind of fell ass backward into the nepotism chair. And, yes, we all knew Cheney was the puppet master pulling the strings on the Bush administration, but it’s kind of fun watching his diabolic mind work. Even if it was sinking our country into a morass of corruption and stupidity.

I think we all know Christian Bale is a weirdo. The man puts his body through absolute torture for roles. I believe he stays in character off set. And he’s just generally a seemingly unstable type of guy. But to see him play Cheney is to witness a kind of miraculous transformation. He inhabits the man so much so that I literally forgot at times that it wasn’t Cheney playing Cheney. His voice and mannerisms and everything are just spot on. He plays him as a human, though, and not the demon he deserves to be portrayed as. But I suppose his choice is probably a better one, and ultimately makes the movie more successful.

I don’t think I need to rehash the second Bush administration and all the evil fuckery that went on. But suffice it to say that they cover a whole bunch of that here. But mostly it’s a biopic about how this absolute zero of a man, Dick Cheney, rose to the heights of the second most powerful job in the world. They portray him as ambitious, but lacking any discernible charisma that would engender positive feelings in anyone aside from dopes and lackeys. Thank god he found George W.

Sam Rockwell was almost too perfect as a down-home, slightly dimwitted George W. The ne’er-do-well son of a former president from whom nobody expected anything. Let alone for him to become president. Rockwell captures his easy Texas charm and shruggy personality in a way that Bush might even appreciate. His kind of tacit acceptance that he was overmatched ambition-wise by Cheney and the attitude that he didn’t expect to win the presidency, but was just kind of doing it because he wanted to make his dad proud and, well, the Republicans kind of asked. Setting up the perfect situation for Cheney, who could hide his deficiencies as a front man behind the smirking Bush and run things behind the scenes for a dude who really had no interest. And so he did.

The film itself uses a very post-modern style of wacky editing, fourth-wall breaking and smart comedy to tell a story that in the wrong hands could have seemed either preachy or super-depressing. Because, again, these guys were a clown car of underhanded deception and practically broke the country. And not like brainiac deception, either. Just kind of run-of-the-mill bullshit that we as a public hadn’t really experienced before and didn’t know how to deal with. I mean some of the Cheney plans around talking us into war in Iraq were rather clever, but he played on a scared and vulnerable public to enact his agenda. While Bush watched college football and sat behind his big desk.

Ms. Hipster felt this was a love story. Since Lynne Cheney (played by Amy Adams) figured so prominently in the movie. I get her point. At some level, though, Lynne’s just as ambitious as Dick and is the engine behind driving him to the levels of shitbaggery that he reaches. She’s there pushing him and goading him into stuff all along the way. She says in the beginning of the movie that she would basically do all this herself if it were not for the fact she’s a woman, but I suppose in Dick she saw her chance. I’ve no idea why, exactly. He certainly didn’t scream “powerful” to anyone when he was busy drinking and fighting in his early life with her. But I suppose she saw in him something nobody else could — the dark hole where his corroded heart should be. In the end she almost comes off worse than him. Especially when it comes to the situation with their daughters; the absolutely horrendous, knee-jerk asshole, Liz Cheney and their poor other daughter, Mary. A love story? I suppose. But for whom?