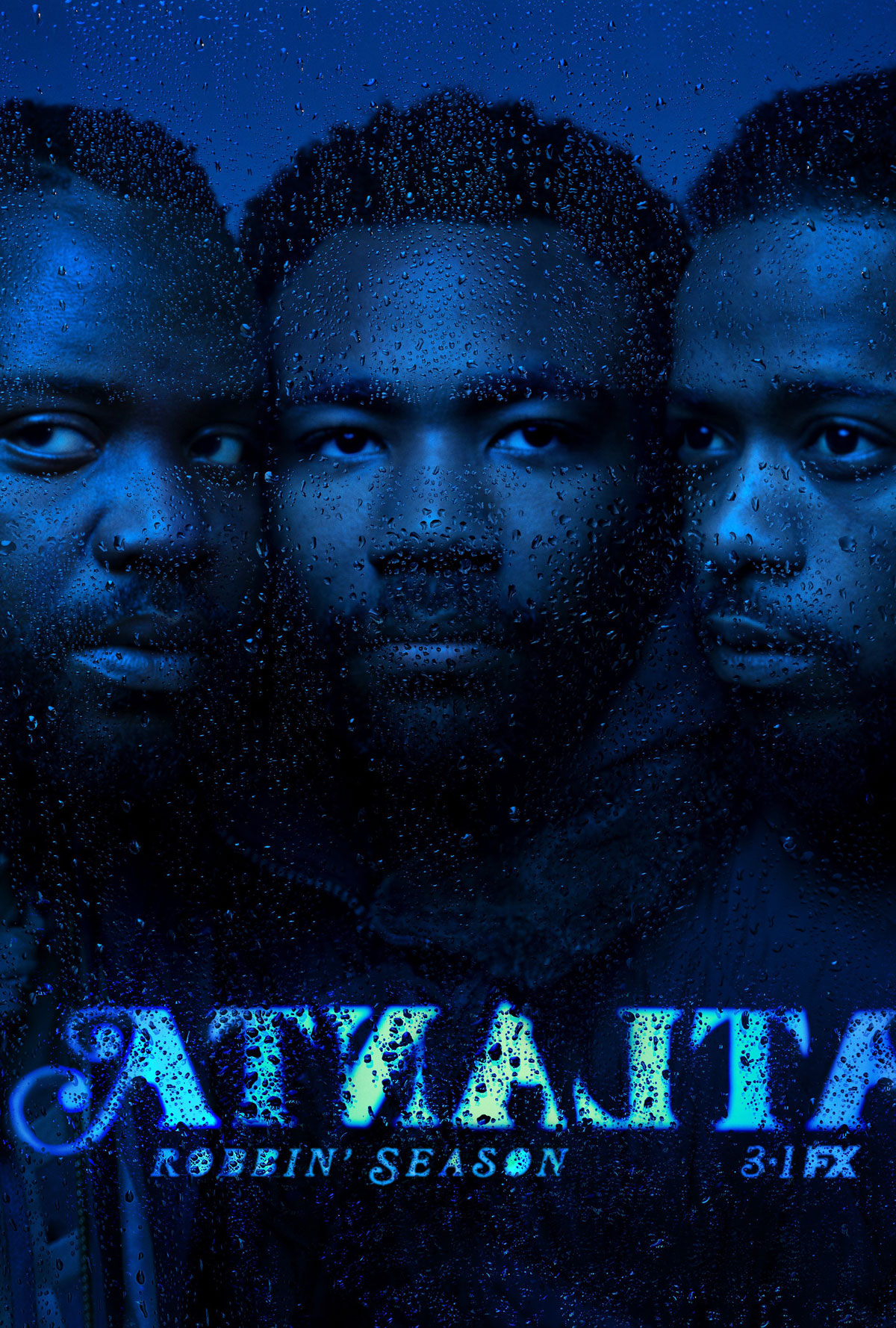 Appointment TV is something that those of us who grew up with weekly, episodic television miss. Or maybe it’s just me. But every week, when that Atlanta fades in, I get excited. I’m not saying this wouldn’t be a decent binge watch, but there is something singularly different about the show that makes week-to-week watching pretty damn awesome. And maybe it’s because we need those intervening six days to recover from the emotional gut punch that often accompanies each episode. Or maybe it’s the same way I like to eat a Kit Kat, breaking it apart and savoring each small bite, drawing it out, rather than just chomping down and finishing it off in a couple swift gulps. It’s a show to be rolled around in your mouth and appreciated.

Season one of Atlanta was something we hadn’t seen before, really. It was surprising because we just didn’t know what to expect. Sometimes it was conventional. Sometimes it was absurd. And other times surreal. Season 2 was definitely in the same universe, but felt much more grounded (for the most part) and quite a bit darker. It’s robbin’ season, after all and everyone is out for something. And despite Earn (Donald Glover) really being the star and central character on the show, several of his castmates got their own bottle episodes, and despite a through-line about the possible decline of Earn and Paperboy’s relationship, we take several detours to flesh out the world in which they live.

I’m not even going to delve into some of the deeper racial and geographic context of the show, just because that would be stupid of me. My takes would be coming from a place of fandom and not experience. But, despite the characters and their situation certainly being outside of my own personal sphere, it is still an enveloping, entertaining series. Starting with episode one, “Alligator Man,” in which Earn has to talk down a clearly out-of-his-mind Katt Williams who keeps a live alligator in his house. It’s hot and claustrophobic and funny and tense and weird. But, ultimately, Earn is trying to earn, so you gotta do what you gotta do. This is a theme for Earn this season. Even driving him to take what are clearly stupid shortcuts, like buying into Tracy’s hair-brained gift certificate scam — trusting a guy right out of prison in what is clearly a terrible idea; a guy who knows which stores in the mall have a “no chase” policy so he can blatantly shoplift items he needs for his big interview. But in the six or seven episodes that feature Earn as the central or co-central character, it always seems to come back to money and/or the responsibility of earning that money. In one episode, he literally spends the entire 30 minutes trying to spend a $100 bill that he’s rightfully earned, but can’t even seem, in his oddly passive manner, to get that right. In the flashback episode, which doesn’t even include Donald Glover, but does have a teenage version of him, he spends the entire time paranoid that the cheap FUBU jersey his mom bought him on sale is fake — which is apparently a crime punishable by death in his Atlanta high school. But, whatever the case, it’s these Earn-featured episodes that are more typical of the television we’re used to. They tend to propel the plot forward and track with his relationships within the construct of reality, and is the show that ultimately has to build upon itself and resolve the conflict between himself and his girlfriend, him and Paperboy and him and himself.

Where we go out on a limb is with what are almost these bottle episodes that really star what are thought of as supporting characters in the Donald Glover universe. These are generally the weird ones — the ones that almost exist in a bubble and may or may not actually affect the plotlines. The episode “Helen” has Earn in it, but it’s really Van’s (Zazie Beetz) episode. And it takes place in this mystical German village somewhere in suburban Georgia in which Van supposedly grew up. We find out she speaks German and that Germany is a weird place full of bizarre customs and there is a freaky demon thing that pursues her. It’s a very dark half hour of television as we watch their relationship corrode that leaves you a little oogy. Van gets another episode called “Champagne Papi,” which is certainly lighter, but no less disorienting, as she and a group of girl friends go to a mansion for a New Year’s party they think belongs to Drake to get a selfie with the megastar. It’s a trippy episode in which Darius mysteriously shows up and pontificates about the meaning of life and Van steals one of “Drake’s” jackets and comes to the conclusion that Drake is Mexican (which he isn’t). Not to be outdone, Al/Paperboy gets a couple episodes of his own, one of which is funny as hell and the other that is another in the dark and disturbing canon. His lighter solo episode revolves around him just trying to get a haircut and ultimately having a Ferris Bueller’s Day Off kind of adventure (with him being Cameron) with his barber dragging him around to run errands, pick up stuff, give other people cuts and various other things while Al sulks and sneers and finally blows his stack at his barber (the whole while knowing he can’t quit him). His dark time is spent in the woods after being beaten by a group of muggers with what appears to be a crazy man, who tells him about the choices he has to make in life. Unlike most of the other bottle episodes, this one has a direct effect on his relationship with Earn and with himself, as he draws some conclusions about what he needs to do with his life after having it threatened by the insane man of the woods. And, finally, Darius (Keith Stanfield) gets his turn in the barrel in the most talked-about episode of the seasons, “Teddy Perkins.” Going to randomly pick up a piano at a creepy mansion (because he thought the colored keys looked cool), Darius runs into the house’s occupant, one Teddy Perkins. Teddy is clearly a stand-in for Michael Jackson, a disturbed man with a high voice who has been tortured — along with his brother —  by his overbearing father into being piano prodigies. The episode is taut and odd and eery in a way that you’re not sure if you should laugh, cringe or scream. It’s touted as a short horror film, but there’s too much strangeness and comedy (unintended or not) in it to call it straight horror. Of course Darius takes it mostly in stride, certainly not disturbed in the same way a normal human being would be. But that’s just Darius.

There’s just so much to take in across the eleven episodes that when we do finally get to the end of the season finale, and it’s actually mostly resolved, it almost feels like a magic trick we didn’t see coming. And it’s not something that we have to untangle in the way we might have to a season of Lost or Westworld, where things are hidden and revealed as a plot device in and of itself. The final scene of episode eleven, “Crabs in a Barrel,” tells us that everything our characters have been striving for, fighting against and trying to get to is in place. And this is, maybe, the biggest surprise of them all. In a show that values seemingly random acts of bullshit, this thing landed in a way that clarified some of the things that we were amused and entertained by, but maybe thought were just effects of Glover and his brother’s active writing minds. Even a foot race with Michael Vick in the parking lot of a strip club is brought into sharp relief as something that Earn might do to finally catch a win. It showed us his instincts, and how they were mostly wrong. It’s a clarifying example — like not getting accommodations for Paperboy when he played Pajama Jam at a college and it ending in disaster — of where Earn falls down in terms of his understanding of human nature. Yes, he may be smart, as characters tell him all the time, but what Albert/Paperboy needs from him can’t be learned at Princeton. I mean, it’s unclear why Darius gets to go on the European tour. It’s unclear what Darius’ place in the entourage is at all — at least from the outside. But he obviously provides Al with something intrinsically important. He’s his spiritual guide, his weed sherpa. And he knows some orthodox Jews who can get passports real quick! And it seems that Earn, by the end of the season, finally learns this lesson. That to earn money, to provide, to be a useful tool in the world of Paperboy, he just needs to be useful in a way that others aren’t — useful and loyal. And with that the money will come.

I think about this show more than any other I watch. And the strange thing is, I’m not sure why. It’s a subtle thing, kind of inexplicable in the typical way. But I encourage anyone and everyone to give it a go, even though I’m doing a shitty job of explaining it. Donald Glover is having himself quite a 2018, and here’s to hoping we don’t have to wait another two years for season three.