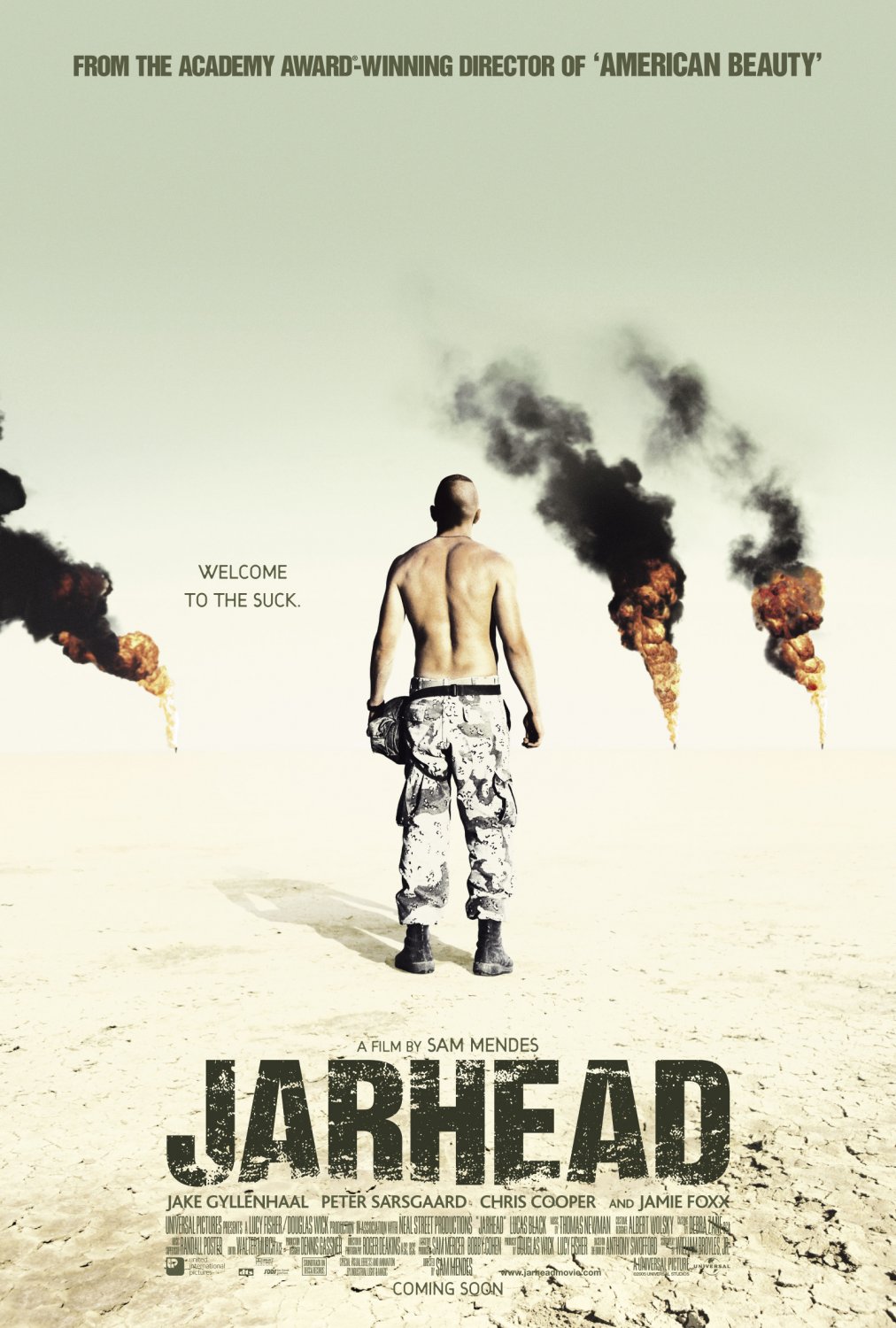 Stuff happens during wartime that nobody is proud of. You have prisoner torture, the wholesale slaughter of entire villages of innocent citizens and horrible friendly fire deaths. None of that happens in Jarhead. In fact, nothing much happens at all. And while that would normally be tragic for screenwriter and viewer alike, the lack of goings on here is completely intentional.

Apparently war, or the first Gulf War specifically, was filled with downtime. Sure there’s marching and drills and sleeping and eating, but none of it leads to anything but stir-crazy boredom. Basically the guys sit around trying to invent ways to stave off the stifling sense of nothingness–all while waiting for the inevitable letter from their girlfriend or wife telling them that they’ve moved on. This sense of frustration is both the movie’s strength and downfall. It is strong in its sense of isolation (copied somewhat from Full Metal Jacket), but it also suffers by not taking it far enough.

Granted this is based on a true story, but while the director inserts some surreal elements into the movie, he takes it right to the point of ‘this is kinda cool’ and then leaves us dangling–turning a potential (with a lot of help) dreamy film into a boring movie. This delved into Lord of the Flies and Apocalypse Now territory, but ultimately came out feeling like a Hollywood movie that had its guts ripped out. If I had to say one positive thing about it, at least I could say it was better than I expected. This is the last time I let the Mrs. make me throw some unsanctioned b.s. into my movie queue.