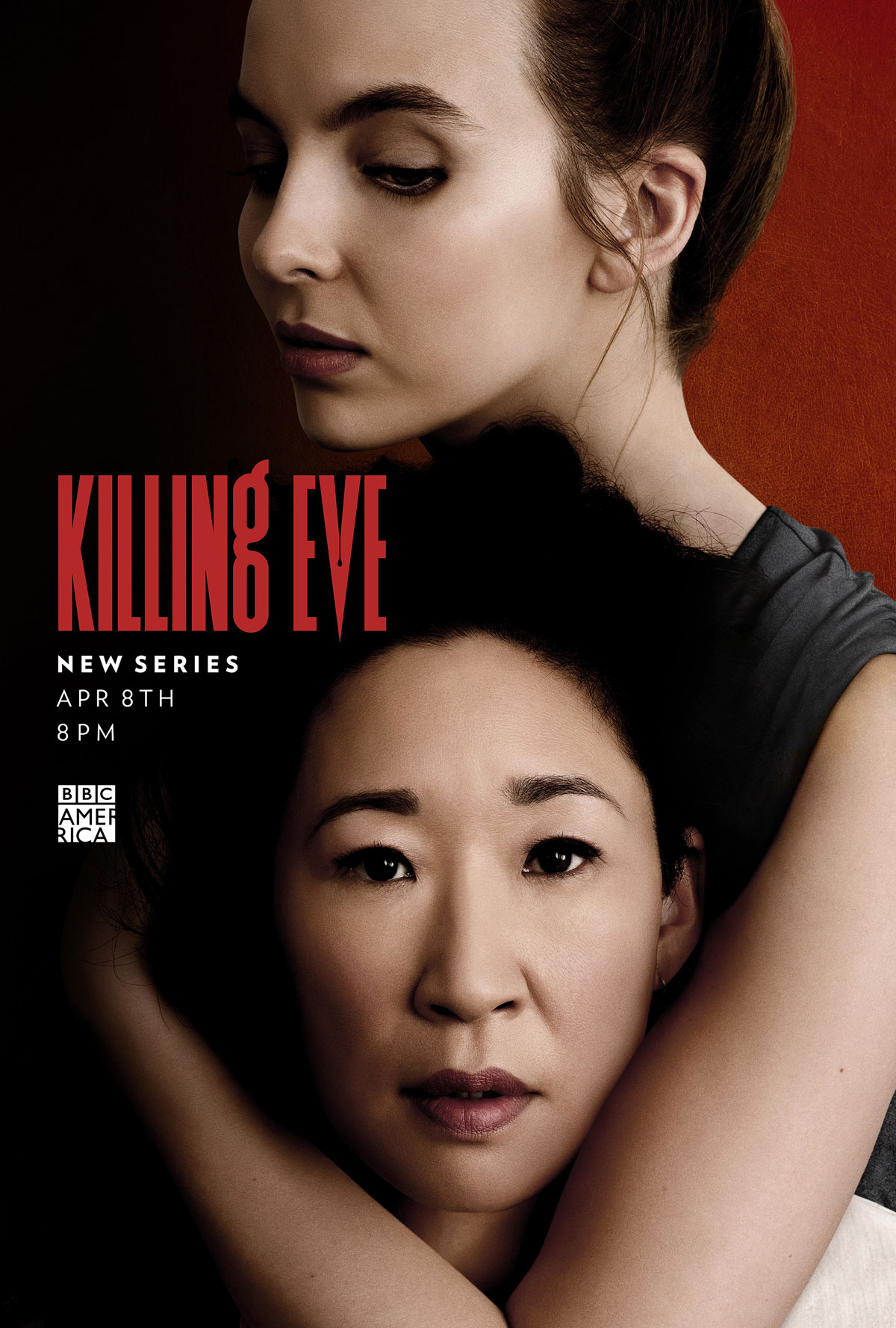 Killing Eve is a spy thriller, but is also so much more. First, though, we can look at what it isn’t. It’s high-end television that isn’t about a damaged, but good, man who does bad things. There isn’t a dead-child mystery that brings a damaged man or woman back to his/her isolated hometown to solve the murder. It isn’t a period piece. It isn’t always raining or always nighttime. In other words, it’s not like every other sad-sack, depressing British mystery series that’s come out in the past five years.

Instead, we have a modern-day spy thriller set in realistic locations and helmed by two women who pursue a complicated and intellectual relationship based on mutual admiration and some serious psychosis. Eve Polastri (Sandra Oh) is an administrative MI5 agent based on London. I’m not sure they really ever explain why an American is in the MI5, but a little research tells me that the character from the novel on which this series is based was supposed to have been born in the UK, but raised in the US. Meaning that she holds dual UK/US citizenship, but has an American accent after growing up there. Anyway, her job is essentially to schedule and coordinate witness security for federal cases in which the MI5 is involved. I could have that somewhat wrong, but it’s relatively unimportant other than the fact she’s not awesome at that job and her lack of concentration on the gig leads to one of her witnesses being assassinated and her losing her job. It turns out the reason she may have been bad at her day job is because she’s spending a good deal of her free time and talent tracking an international assassin, whom she believes is a woman (which, apparently, is unheard of in the assassin world). After being dismissed from MI5, an MI6 agent looks into her research on the aforementioned assassin and hires her and a team of her choosing to lead a secret investigation into the killer.

The thing is, Eve isn’t your typical agent. She’s not tough as nails. She’s not particularly savvy, even. She’s smart, sure, but is also somewhat neurotic and while not necessarily on the spectrum or anything, certainly skews that way in terms of social and emotional intelligence. Her hair is always unkempt, her relationship with her husband is odd and seemingly not intimate — like an old couple who sit on the porch drinking lemonade and playing one of those old-people games with cards or pegs that I don’t understand. She’s also a bit of a mess and obsessive in some of the right ways and a lot of the wrong ways. As we see her perceived nemesis, Villanelle (Jodie Comer), continue to assassinate people, Eve’s obsession with her grows. Whereas normal investigators may try to get inside the mind of their targets, Eve entangles her life with Villanelle’s in a really unhealthy way.

While Eve chases down the super assassin, Villanelle plays with her victims like a cat with a mouse, toying with them in a really sociopathic way. She defies her handler, takes on assassinations seemingly just for fun and eventually figures out Eve is tracking her and decides to toy with her as well. This leads to some shenanigans and some too-close-to-home violence. Despite the deadly subject (after all, murder is pretty serious stuff), some is portrayed as manic goofiness, some is bordering on slapstick and some is even a little dramatic. Whatever the case, Sandra Oh plays Eve with a mixture of intense neurosis and some laugh-out-loud facial gymnastics. Comer plays Villanelle almost like a cartoon character, clowning in a completely psychotic way with everyone despite her deadly job. She pretends to be upset and sad, sucking people in and then changing her mask to a maniacal laugh. She is rarely serious about anything, rarely attached to anyone. But for reasons unknown she seems attached to Eve in some deeper way.

The show is witty, Phoebe Waller-Bridges’ dialogue snappy and often surprising. It’s so quirky and odd. And the two leads are amazing. There’s a decent cat-and-mouse game between the two, the peripheral characters are funny and the spy twists and turns keep you on your toes. I wasn’t sure when I started watching if this was a true limited series or if they’d do a season two, but apparently it was renewed for a second season before season one even premiered. The ending was also open-ended enough to make us understand the tale will continue. What that continuation will look like is unclear, but I’m sure they’re hard at work bringing us back into the wacky world of Eve and her assassin frenemy.