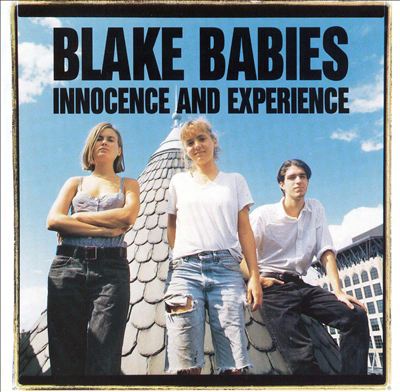 The baby-voiced Juliana Hatfield was my ultimate chick for a short while in my life. I believe I even filled out some KROQ questionnaire to that affect. I mean, how can you request the dimpled, supposed virgin with a guitar? She was every indie kid’s crush–only cooler. And then you look back on her music with the Blake Babies and realize that their music is a lot less inspiring than those dimples and impish posturing. Innocence and Experience is sort of a career overview of the band and the casual, college rock that they put together over the course of four albums. The material doesn’t vary much from the pop/light rock genre, with airy guitar playing and Hatfield’s wispy vocals meandering along at medium tempo. The stuff is somewhat melodic, but not very inspiring for anything other than background music at a lesbian game of spin the bottle. I have included my favorite track from the album, the sardonic “Girl In a Box,” on several mixes over the years–sending several girlfriends running.