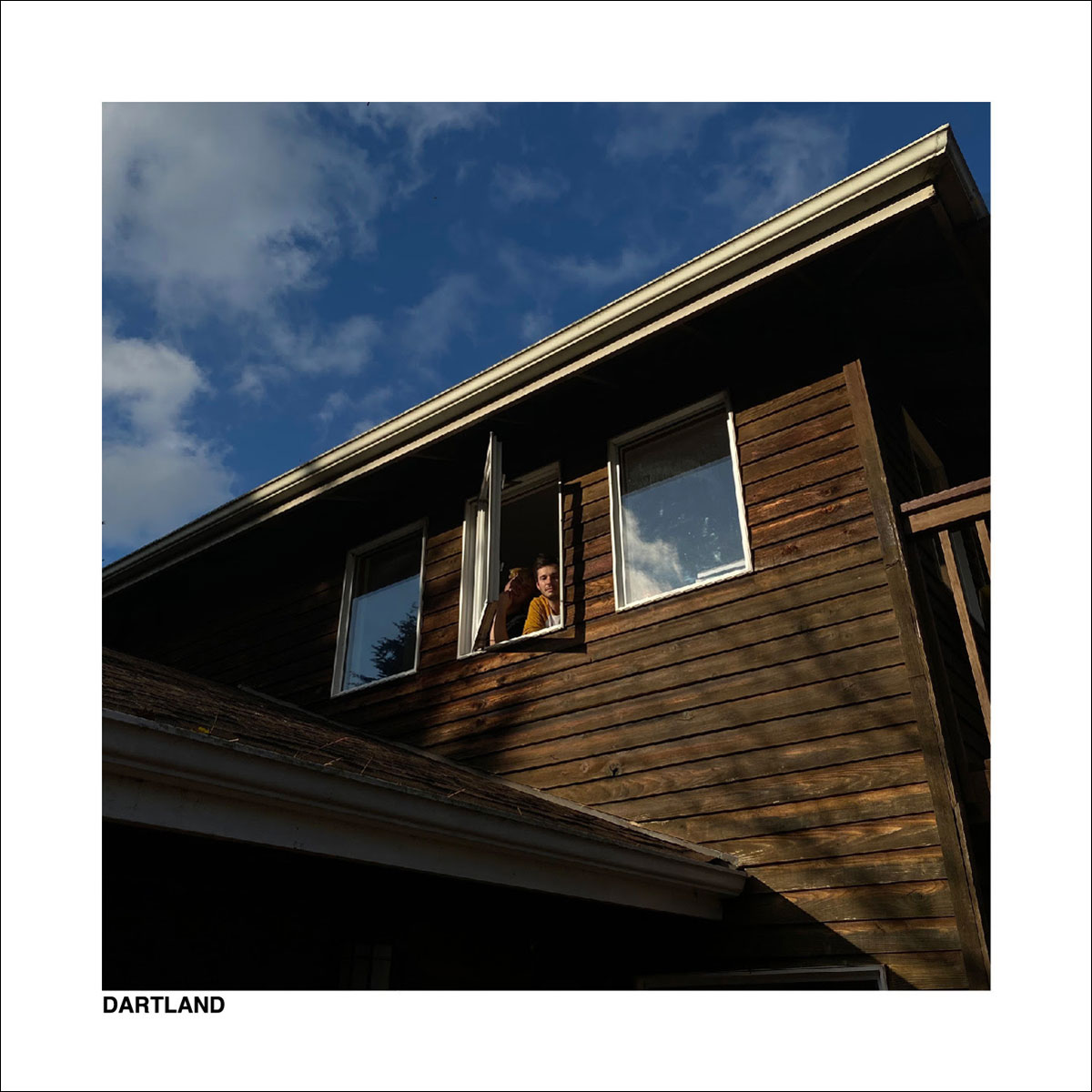 You’d be forgiven for thinking Worst Party Ever’s Dartland was some lost record from the early 2000s. After all, I imagine they kind of engineered it that way. From the American Football cover homage (or copy?) that could just as easily be The Hotelier’s Home, Like Noplace There Is. Point is, emo bands seem to love to put random houses on their covers. And it’s all Mike Kinsella’s fault. Stupid homes.

The first thing one notices about Dartland is that it’s produced very nicely. It has a really great balance between that indie rock crunch, the boppy bounce of late-nineties Get Up Kids and even some of the little downcast Pacific Northwest chord changes of the same era Death Cab. Maybe it’s just in the water of their new Seattle home (literally pictured on that darn cover) after moving from the human hog trough that we call Florida. Along with the complex — but not overly so — musicality, they manage to keep lead singer, Andy Schueneman’s, voice up front in the mix like it should be. It’s not a terrifically unique voice per se, but it melds really well with the music. And I’m happy to not have to strain to hear the vocals. As is my complaint on so many modern albums where they drown the damned singer’s lines in fuzz or reverb to the point where you start to question why they’re even bothering to write lyrics or employ a singer.

Listening to enough emo over the years, it’s easy to point to the bands who are over-indulgent. Not the least of which are the bands who give their songs 57-word titles and seem more interested in esoteric nonsense than they are writing songs. At least in the case of Worst Party Ever, they get in and they get out. Most of Dartland’s tracks are under two minutes. Which, frankly, gives me mixed feelings. I like that they don’t have each song devolve into a swirling screamo monsoon, but there are also several tracks that peter out just as they’re getting going. Songus interruptus, I guess. Which I also suppose is marked praise. As it’s probably better to leave them wanting rather than having listeners thanking Jesus that the song is finally over.

I actually really enjoyed this record. It’s intricate without being overly “intellectual.” And poppy and catchy without veering into Weezer territory. Though there are a couple that are hooky enough that they come close. There also aren’t any clunkers or like slow dirges to deal with. Which is pretty perfect for what amounts to a breezy emo pop album. And, yes, I know this isn’t going to make any end-of-year lists. And I realize that Worst Party Ever is a pretty terrible band name and that they’ll not likely make it into the Rock ‘n’ Roll Hall of Fame or anything. But there is absolutely nothing wrong with appreciating a band doing its thing when that thing makes you happy.