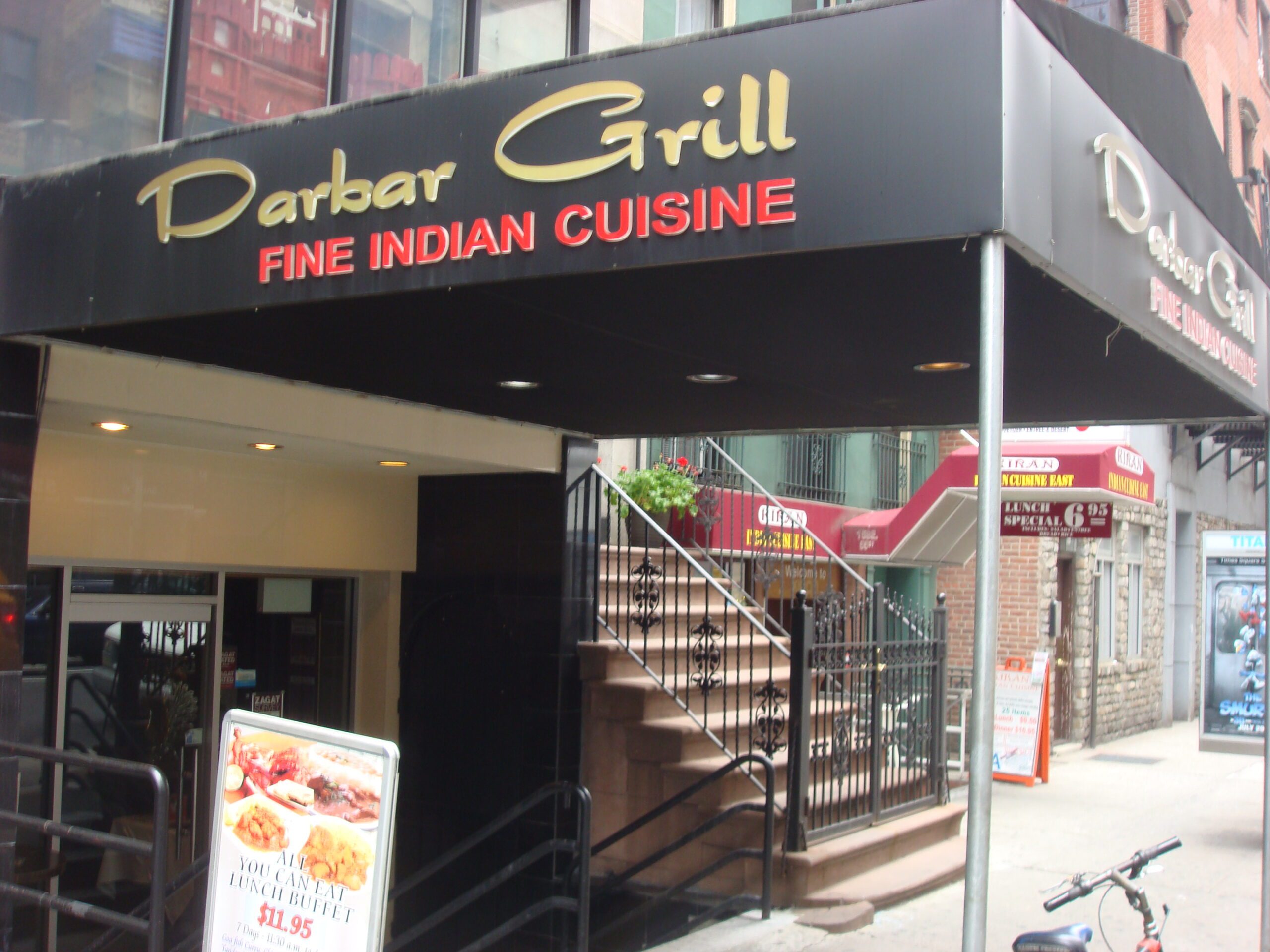 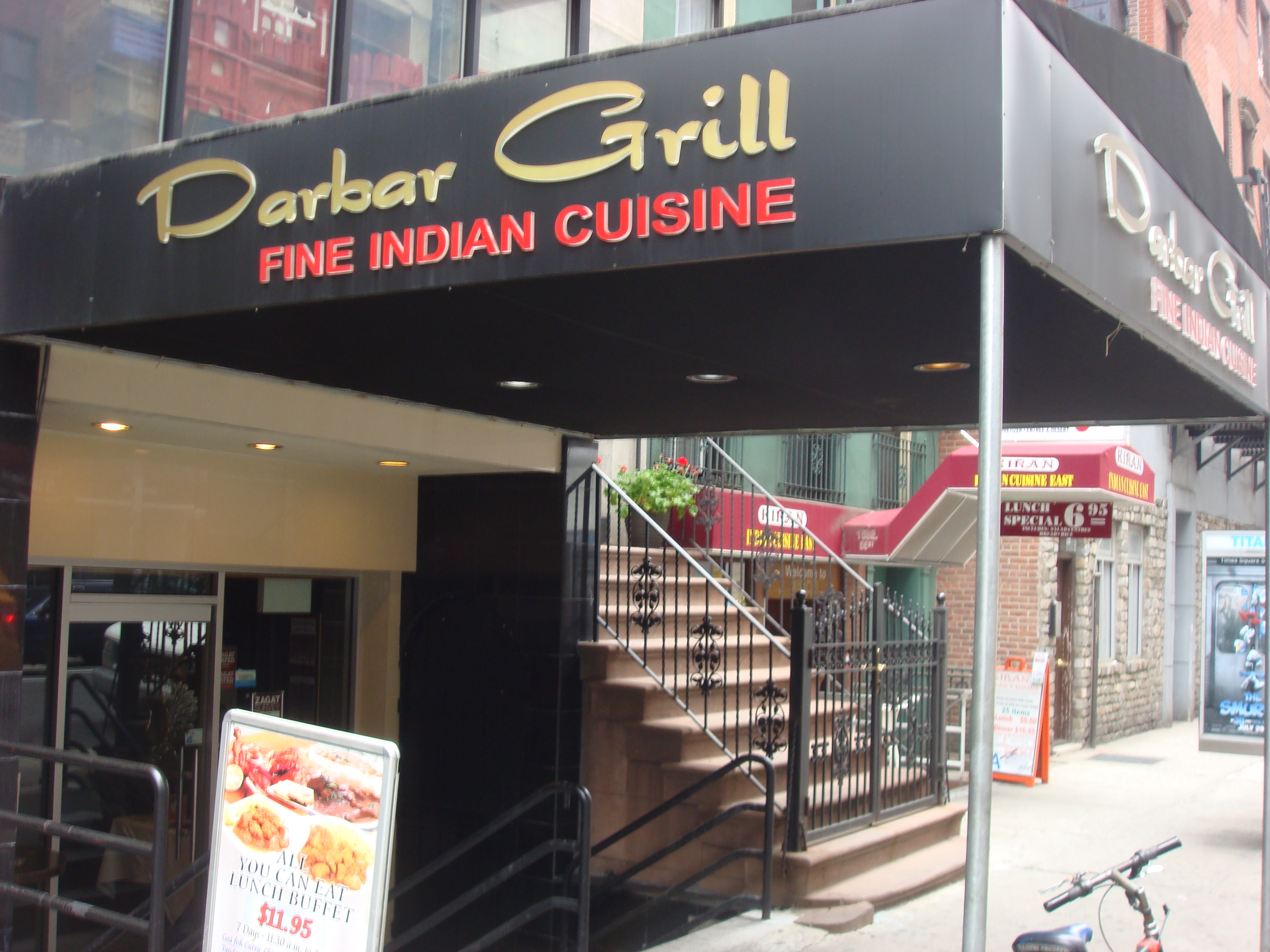 Ah, the Indian buffet. I’m not sure if buffets are popular in India, or if they’re a purely American phenomenon, but the food itself certainly does lend itself to going down a small line and slopping stuff in chaffing dishes onto your plate. I can’t say Darbar blew me away with their particular selection. They had one fish dish, a couple chicken dishes (usually tikka masala or korma and tandoori) and I think there may have been a goat entree. I don’t eat things that look like satanic sheep, so I skipped the last one, and skipped the veggie green slop and Indian cheese, but did enjoy a heaping helping of the others. Like most Indian buffets, Darbar makes the mistake of putting the raita at the front of the line, which just causes me to have to cut back in to pour spoonfuls over my chicken and rice. I ate there a couple times, sequestered to the more generic upstairs space the first time and downstairs in the darker wood space the second time. We sat right in front of the restaurant, near some windows that were basically useless due to the joint’s subterranean location. Overall I’m underimpressed with the place, as I am with most Indian buffets. Actually, the whole buffet idea in general says to me that this is the shit that they couldn’t sell the day before. [MF]