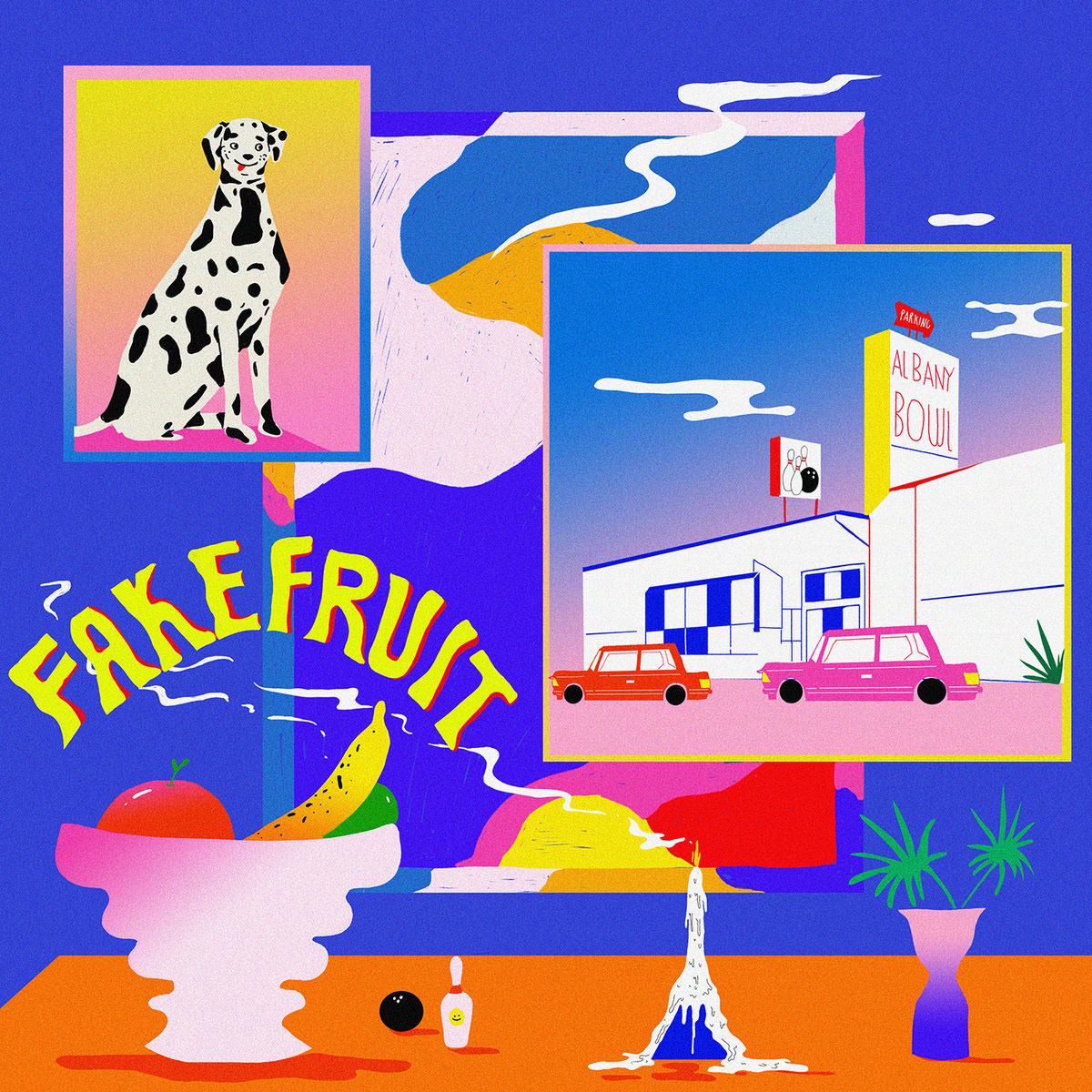 Each time I fire this Fake Fruit album up I know I’m hearing something familiar. But I can’t quite put my finger on what exactly it is. One of my friends from Brooklyn has a band, Dirt Bikes, who had some songs from their 2015 debut that sounded like the opener, “No Mutuals,” but I don’t think that’s quite it. Lead singer Hannah D’Amato’s delivery definitely brings to mind some of the riot grrrl stuff from the mid-nineties. And then the kind of staccato, tempo-bending, intentionally tonally clashing delivery is reminiscent of like a Parquet Courts or a Bent Shapes. But kind of all of those things at once.

Ultimately the album lands somewhere between post-punk with all its angularity, indie rock with its more light-hearted, tongue-in-cheek approach and a kind of undertone of lazy delivery on some songs that I attribute to them being from Northern California. As a Southern Californian, I’m allowed that dig. Even if it is a common trait of Bay Area acts to come at their art with a “I’m too cool to give too many fucks” attitude. It’s not to say that the band itself is lazy, but there is a Pavment-ish sloppiness that may be intentional sloppiness, but comes off as a little bit detached.

On a side note, I can’t say I’m a huge fan of the album cover clipart thing. But it does match the band’s aesthetic to some extent. It’s a little more colorful than the music ends up being, but the sort of tossed off nature of it is in line with the wavery sound of the guitars (do to maybe lots of whammy-barring) and the flat singing delivery. It’s two-dimensional, I suppose. But my major issue with the album is that their strongest track is track one. They essentially blow their Yeah Yeah Yeahs wad on “No Mutuals” and then it’s downhill from there. Well, not downhill, but it never again reaches the modest heights of that song. Which is disappointing when you’re listening to an album in toto. The energy just isn’t there after that one. But even when it seems like a song might be going that way — like track four, “Old Skin” — the thing ends after barely one minute. Which is a shame. And, sure, it’s probably right in that hipster wheelhouse — or what passes for hipster rock in 2021 — but it just feels a little unfinished. I suppose there’s always the sellout sophomore effort to look forward to!