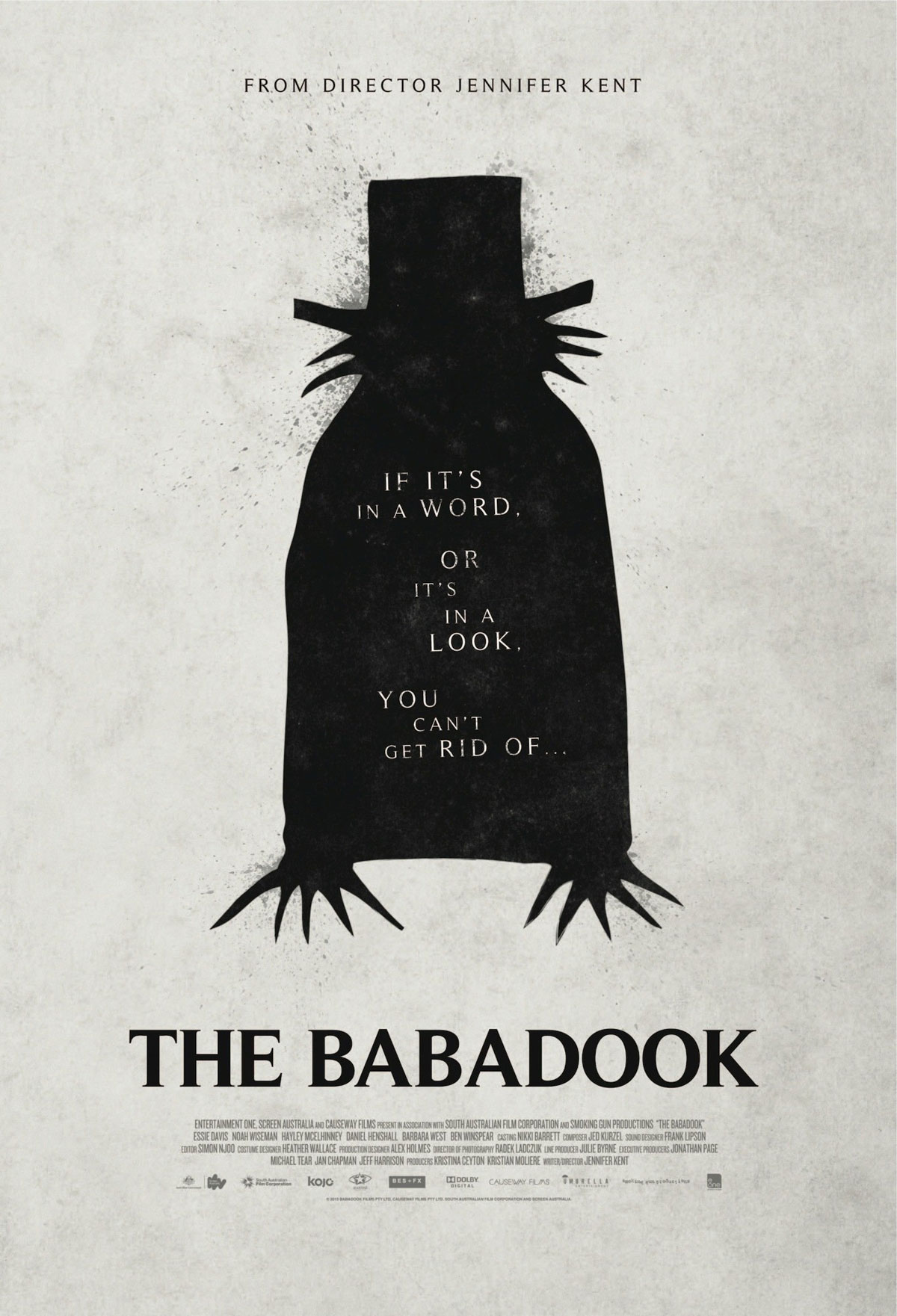 I’m generally not a fan of horror movies. I think that comes from my childhood when horror movies were basically slasher films where mindless zombie-like killers chased women through the woods with a knife. The women inevitably trip on a root and then the camera gets splashed with blood. Someone eventually kills the zombie-like killer — until the sequel, when he comes back to kill more tripping women in the woods. No thanks. The Babadook, however, is something completely different. It’s not about punishing teenagers for having sex in a cabin or visiting a creepy hostel in Europe. It’s a metaphysical, metaphorical story in which the scary monster is less a monster and more a manifestation of psychological trauma. Trust me, it’s sexier than it sounds.

Look, I’m kind of shitty at reading into the text of movies. This is despite the fact that I was a cinema studies minor and purport to be a guy who writes a bad blog about media, including movies. Now, if you’ve read anything other than this review, it should be pretty clear that my takes are pretty damn pedestrian, but I suppose I have that everyman thing that most cinema studies minors don’t. In the case of the Babadook, almost the entire point of the film is found not necessarily in what’s going on on the screen, but in the subtext that underlies the story. I imagine that’s why the movie — which on the surface feels a bit like a mashup of a haunted house and supernatural psychological horror flick — was such a critical darling and kind of cleared the way for writer/director Jennifer Kent to be tagged with a “next big thing” stamp. And it’s no wonder, just looking at this thing. Ironically it reminds me a lot of one of those films that literally led off every single film class I took in college, The Cabinet of Dr. Caligari, a German expressionist horror film from 1920. And Nosferatu, of course, another German Expressionist horror film from 1922. But it had that kind of moody, lingering psychological dread and almost slow-burn thing that those early M. Night Shyamalan movies had in spades.

Ostensibly a movie about a widowed mother and her son who seemingly struggle with loneliness, mental exhaustion and some other stuff, they manage to invite this creepy thing into their house that ends up invading their lives. If you focus too hard on the plot details and take into consideration how absolutely horrendous the mother’s parenting is, you’ll ruin the experience for yourself. I’m generally one of those people who tries to make logical sense of something that, in this case, I don’t think was intended to make sense. Like why, for instance, would the mother of a child who is deathly afraid of monsters read him a bedtime story about a really fucking scary monster? From a creepy red book that just magically appeared on their shelf? Good question. There are also some weapons built by the six-year-old child (Chekhov’s weird backpack catapult thing) that no child that age could or would ever build. And there are a ton of things like this in the movie. Even the Babadook itself doesn’t seem to make a whole lot of sense in terms of what it is. Is it just a scary monster? Is it a demon? What’s its story? Ultimately none of this really matters, as the movie isn’t about that. It’s not a parable. That’s something else. I don’t think it’s an allegory, either, really. I guess it’s a visualization of grief. The deep, dark hole that one can go down as grief (in this case the death of her husband and the loneliness of raising her challenging child alone) overtakes you, driving you to be someone you don’t even recognize. Blah, blah, film school stuff. And maybe some stuff from that psychology course I always meant to take.

Anyway, I suggest anyone watching this movie not take everything in it literally. I’m constantly guilty of that — and am generally justified in doing so — but I think it’s okay to cut this one a break and take it as the atmospheric psychology piece that it is. Plus, those Australian accents just make everything sound weirdly foreign and creepy. Like even if the Babadook doesn’t get you, some poisonous spider, snake or shark will. I’m trying to get to a place in my movie viewing where everything doesn’t have to be perfect in order for me to enjoy it. In fact, I’m trying to get to the point where even if the idea of something cool is introduced, I can sit back afterward and appreciate things for what they are.