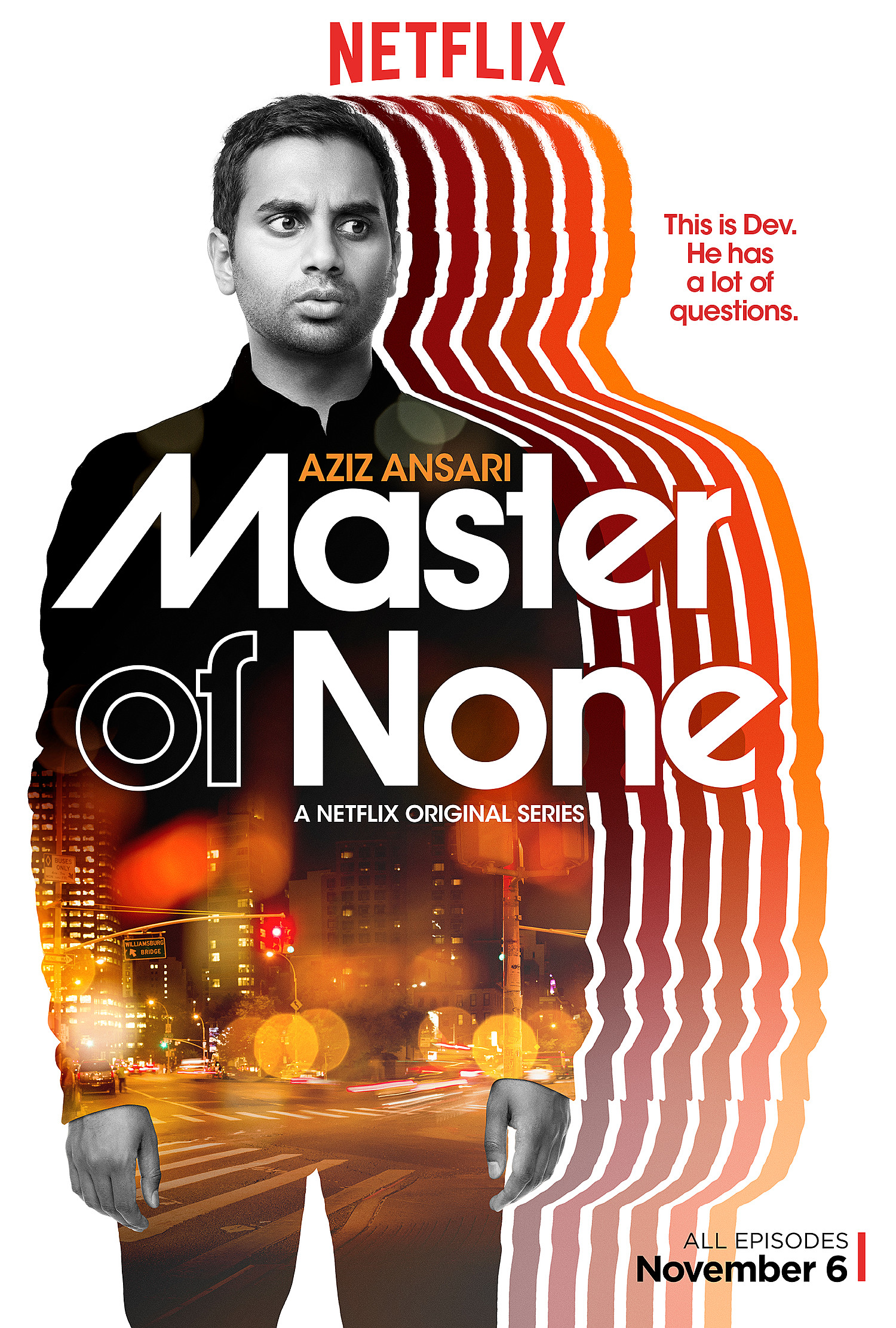 Master of None: Season 1

Aziz Ansari is a guy I am, or was, only peripherally aware of. I watched the occasional episode of Parks and Recreation, and have seen him in bit parts in television shows like Scrubs and do actually remember him being pretty damn funny on Flight of the Concords. I’ve also seen him in those comedian comedy films like Funny People and This is the End, along with stuff like I Love You, Man. He generally plays the semi-douchey, bro dude whose machismo is funny because, honestly, he’s playing against character being a small Indian man. I can’t say I really gave the guy a second thought as a leading man, though.

But then I heard a couple complimentary reviews of his new Netflix show, Master of None, trickle in. There were Seinfeld comparisons, but the words “sweet” and “honest” were thrown in the mix. And then I heard Ansari’s actual parents were playing his parents on the show, and I was in. Not to stereotype, but Indian parents are kind of my comedy jam. Ever since reading White Teeth a bunch of years ago (and being exposed to many Indian and East Asian parents in high school), I just find the parent/child culture amazing, and often — even if it’s just written for laughs — over-the-top funny. And the thing is, Ansari’s series isn’t like Seinfeld at all. Sure, there’s a bunch of observational humor, but the thing has heart. It’s a show that is particularly sensitive and aware of its generational and multi-cultural cast. It’s the show that Zach Braff has been trying to write for years (maybe he and Aziz talked on the set of Scrubs), but where Braff falls into melodrama for melodrama’s sake, Aziz lands the plane and hits the same notes, but without all that stuff that makes people hate Braff. Granted he does stick the Brooklyn hipster thing pretty hard, even having a whole episode about going to a secret Father John Misty show (snort). But, it relies no wholly on millennial touchstones and stuff the youngsters are into, as it particularly treats its older cast with a reverence that’s seldom seen in sitcoms and explores familial and cultural history in a way in-the-moment millennials are perceived to really not give shit about. Aziz clearly wrote  large chunks of the show as a huge thank you to his parents and how, despite them just seeming like a goofy Indian couple to him and to the outside world, they sacrificed and gave him this wonderful life. Reading his social media on the topic, it’s pretty damn touching. Perhaps the bro thing is an act after all.

Paired with Aziz are his best friends: a black lesbian, an Asian dude and a giant white guy. And, later on, there’s Noël Wells, a half-Hispanic, half Tunisian castoff from SNL who adds to the show’s multiculti bona fides. The chemistry between all the actors is super-clear, but most surprising is the on-screen pizazz of Wells. I’m not a big SNL guy, but don’t really recall ever seeing her before. And she’s pretty magnetic. Her and Aziz are good together and feel unlike most couples you see on TV for various reasons, not the least of which is Aziz is unlike most leading men you see on TV. While his acting chops may be the most Seinfeldian part of the show, he manages to fight through his limited range with pure charisma and the amazing ability to zig when you think he’s going to zag. And those ridiculous facial expressions he does. I could watch those all day.

This was a great little diversion and a true surprise that I would have had no idea existed had I not just kind of happened upon a couple folks writing about it and seen it in my Netflix feed. I have a feeling this is no longer a well-kept secret and will definitely make people’s end-of-year lists — if there’s such a thing for streamed TV shows. With season one in the books, I sure as hell hope season two is in production somewhere in Brooklyn. I’m excited to see where he takes it next, and might have to spin up some old episodes of Parks and Rec to tide me over until Netflix secretly throws another season up there.