Hail Mary Mallon: Are You Gonna Eat That? 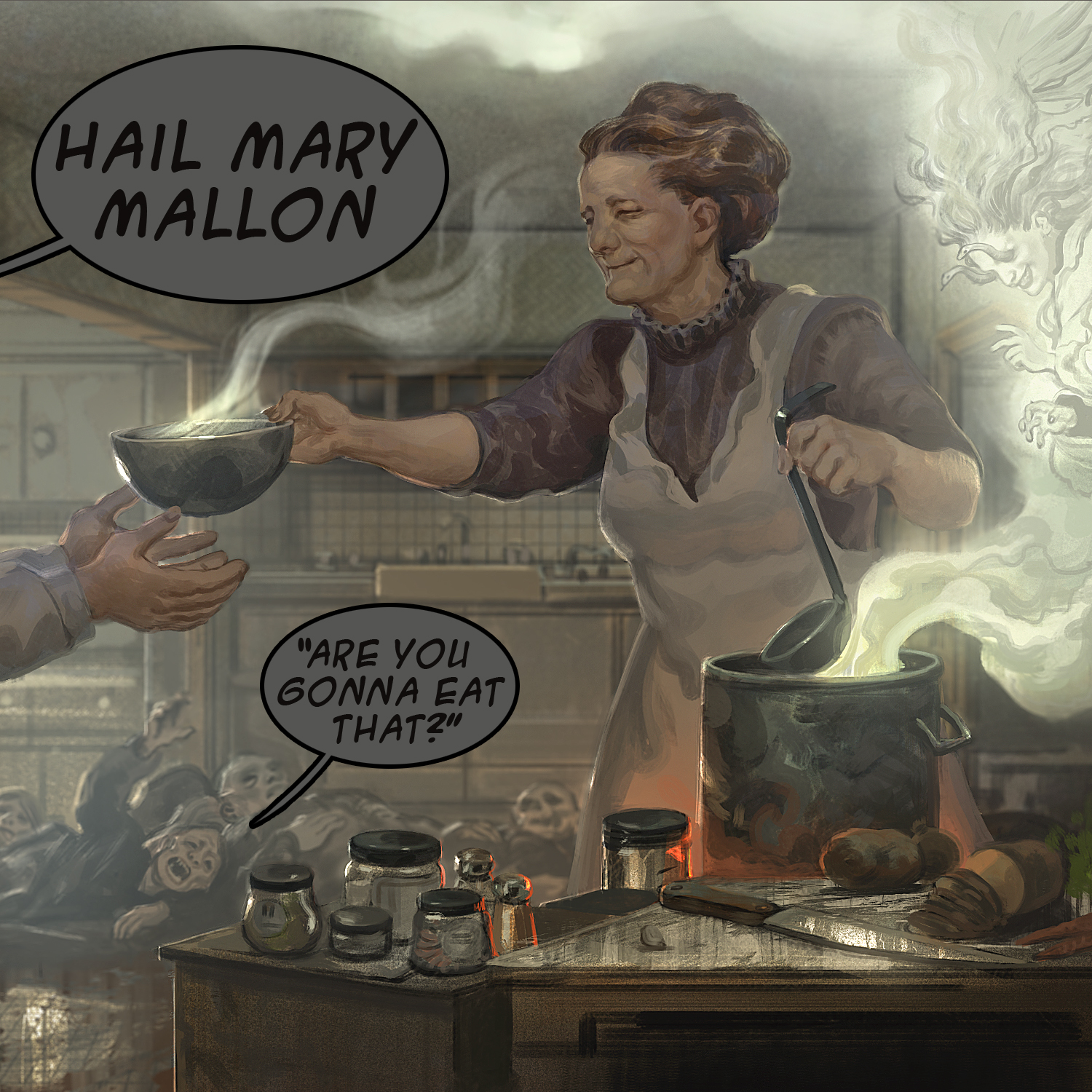 Aesop Rock is one of the more divisive rappers around. His delivery is dense, his meaning even denser. In fact meaning probably plays very little role in his songs, and the trend continues here with his new group, Hail Mary Mallon. Along with another two white guys, Rob Sonic and some DJ, he and Rob trade impenetrable lines about nothing. They’re like the Seinfeld of the rap game. And the two rappers sound very similar, have similar deliveries and equal knackery for rhyming all sorts of words that have no business fitting in the crevices between crevices. There are a couple tracks on which they get goofy and sidetracked into like Cool Kids territory, which seem really out of place, but I guess even the heavy guys need to have fun sometimes. It’s not to say their subject matter is really heavy, as I’m not even sure exactly what their subject matter is, but I continue to support what has now become the old school word attack (a la Busdriver and Del) style that Aesop Rock does so well. You’re not gonna hear this stuff at the club, as there is no hook anywhere, or banging in the hood, as they don’t really dig what sound like emotionally disturbed white dudes reading from dictionary.com. But for ex-collegiate white guys who dig their hip-hop and hip-hoppers talented and their tongues slippery, this is tha shiz.