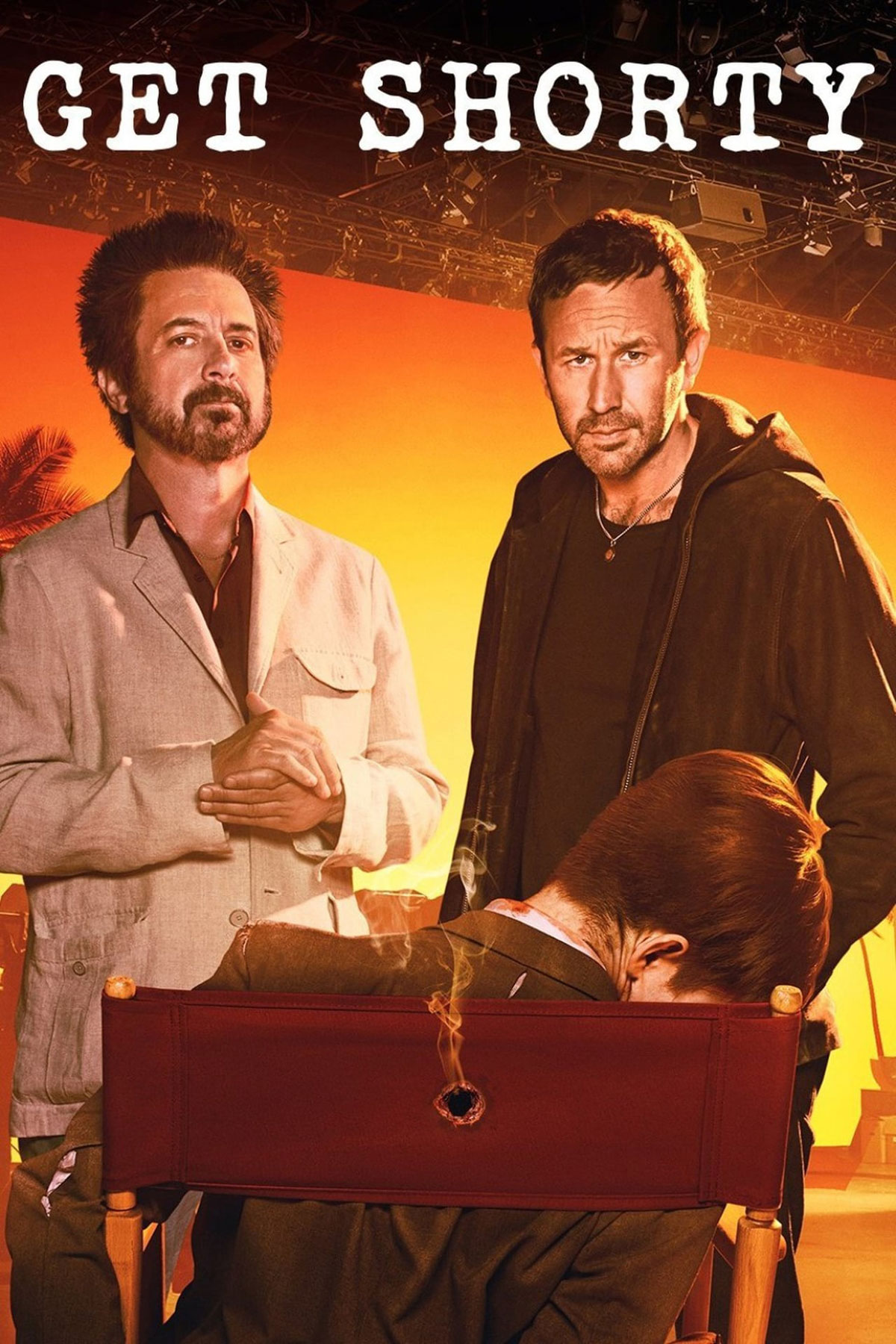 I saw the film version of Get Shorty way back when. In fact, I’m pretty sure I have a DVD of it somewhere in the house that came free with a DVD player I purchased at some juncture. A DVD, for those of you out there who have never seen physical media, is a plastic disc that goes into a machine that then reads data using a laser of some sort to project that data through a wire and onto a television set. A television set is like a big laptop computer, but generally doesn’t include a keyboard. With that out of the way, this show, which is based on that movie, which is, in turn based on a novel by very famous novelist, Elmore Leonard, is very loosely connected with title and the main conceit about the only thing that remains the same.

Chris O’Dowd, finally using his natural Irish accent, plays the John Travolta-ish role, Miles Daly. It’s an appropriately Irish name. He’s essentially a fixer for a crime boss in Nevada who is somehow affiliated with a Mexican drug cartel. He and a partner are like a backwoods version of Ray Donovan. Their jobs seem to mostly consist of disposing of dead bodies, including the boyfriends of their boss, Amara De Escalones, when she tires of them. They also do the typical strong-arming of deadbeats, threatening of rivals and all the other stuff that these types of folks do. The Escalones folks work out of a seventh rate casino in Pahrump, Nevada and are homicidal, but generally inept.

One job sends Miles and his partner, Louis, to Los Angeles to collect from a screenwriter behind on his loan. Louis and his itchy trigger finger end the possibility of collecting on the debt, but they do end up with a script the guy swears by entitled The Admiral’s Mistress. We see through flashbacks and other conversations that Miles likes movies and gets it in his head that this script is valuable and that by getting his boss to invest in the film and getting it produced that he can get out from under her thumb. And also get his estranged wife back and bring his daughter, Emma, back into his good graces. Emma is the titular Shorty, which in this case makes no sense, but is how the creators decided to justify the title.

Like the film, the show makes a not-so-veiled connection between organized crime and Hollywood and makes the tongue-in-cheek suggestion that even a guy whose core competency is shaking people down can make it as a successful producer in tinsel town. As a producer on The Admiral’s Mistress, he runs around trying to keep the production afloat in order to make money back on his boss’ investment while fighting against studio execs, rival gangs and his own proclivity for flying off the handle. His shaman in all this is schlocky producer, Rick Moreweather (Ray Ramano), a guy who produces b-movies about two-headed aliens and yetis. So, in this prestige period piece, Rick has a chance to prove he can be a real producer of art and Miles can prove to his wife that his only skill isn’t punching and stabbing dudes. All they have to do is stay alive long enough for it to get done.

Does the show have some funny moments? Sure. Does it have gratuitous nudity in the old HBO model? Sure does. Does it meander a bit trying to find its footing. Of course. But are the performances on point, the approach super-quirky and the potential there? Mostly. The thing is that the actors are asked to do the same thing over and over again as their fortunes rise and fall in a way that feels repetitive. Well, it’s repetitive until they just kind of pull the plug on the narrative and just wrap it up in the second half of the last episode. I assume that this was right about the time they heard they were getting a second season. If you’ve ever seen any of those Showtime shows from the mid-2000s, like Californication or Shameless, you’ll definitely recognize this thing. So, take that as you will.