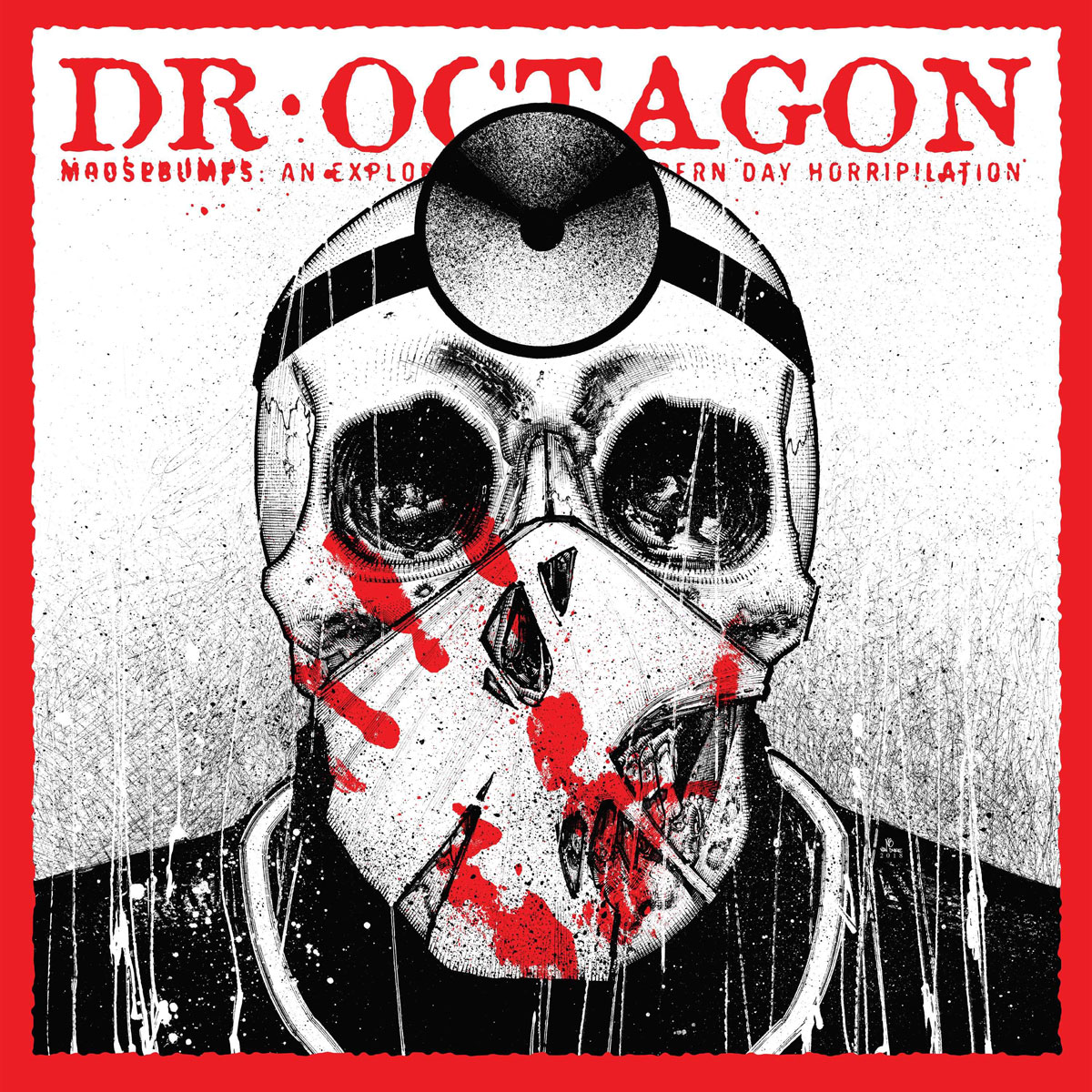 It’s been right about 20 years since I first heard Kool Keith’s Dr. Octagon persona on his debut album under that banner, Dr. Octagonecologyst. There was apparently a second LP released under that pseudonym, but perhaps that was during one of my hip-hop blackout periods or I seemingly recall that it was derided at the time as a kind-of, sort-of Dr. Octagon knockoff. Listening to to that sophomore release recently, the production sounds all wrong and the content is oddly not in line with the kind of body weirdness and horror-ish thing we expect with this project. Whatever the case, I somehow missed it, but was pretty psyched to see this one come down the pike, once again pairing Keith with his original DJ and producer. After all, who doesn’t need a new dose of lyrics about buttholes and alien births?

Right from the first beat, it’s clear this is the real deal. The production is the layered, seedy horror soundtrack that we came to expect. The lyrics are a freeform, tumbling cascade of rapping, talking and repetitive, looping choruses. We’re back to a music bed that sounds as if someone took DJ Shadow’s classic Endtroducing….. and ran it through a haunted house filter. It’s a singularly unique-sounding mix of samples, 808s and bendy keyboard hits. All the individual sounds are pretty simple, but sitting on top of one another, they present an intricate web of aural interestingness. The impressive thing is the world it creates, which is consistent from track to track without being repetitive.

So, what’s the issue? Because you knew there would be one. Ultimately Dan the Automator’s (who also worked with Gorillaz) board wizardry kind of overshadow’s Keith’s rapping and the personality itself. The first Dr. Octagon album was shocking for 1997. It was shocking and it was funny. And it was different in a zany kind of way. It made almost no sense and was clearly being piloted by an insane person. But he created this insane character and really committed to it. The stuff was dark and space-aged and just way the hell out there. This album is tame and comparatively understated and, honestly, just kind of sits there. This is almost Dr. Octagon fanfiction and not the real thing. And, ultimately, we get what feels like a bit of a toned-down retread. Super disappointing.