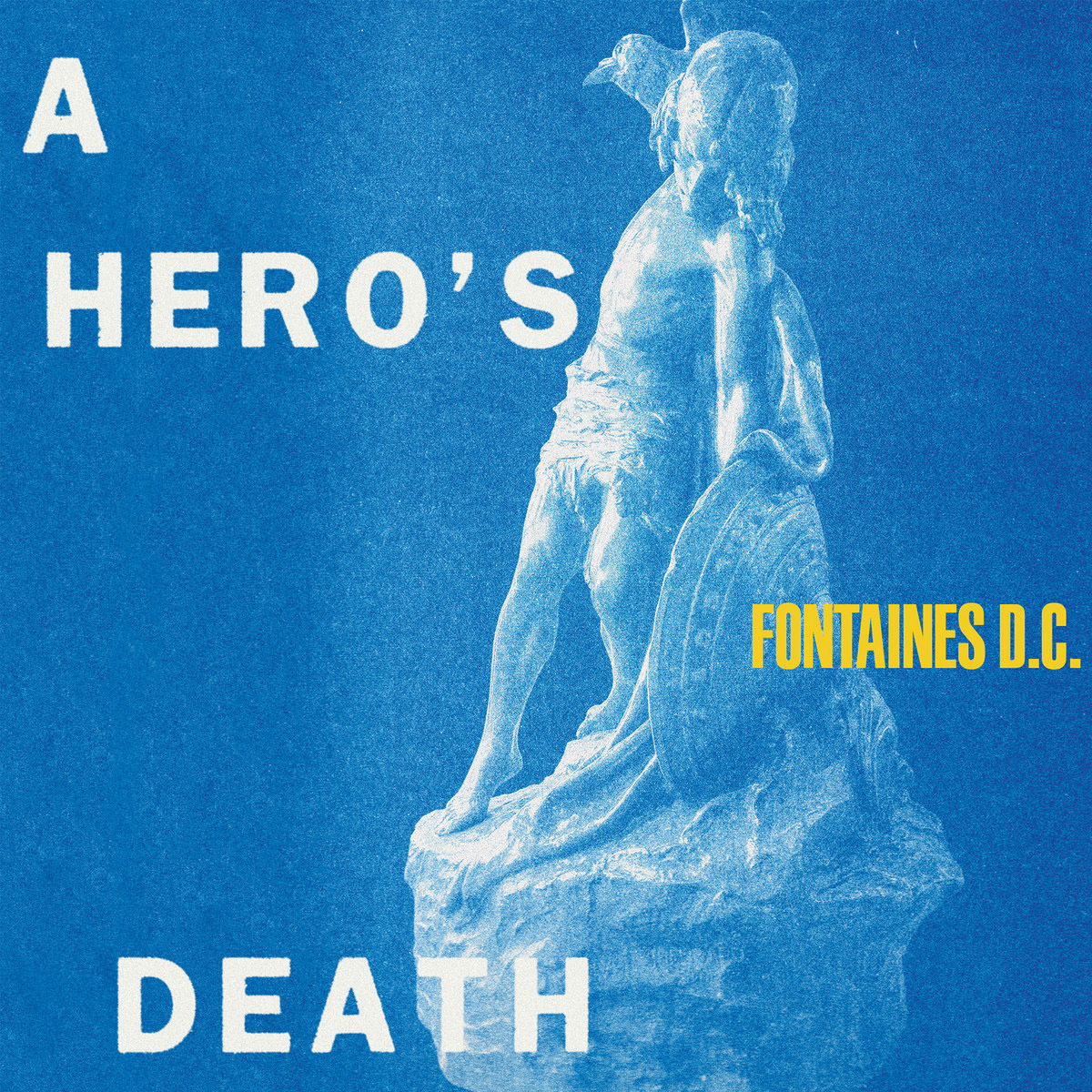 There is something about Fontaines D.C. and their kind of brutalist version of punk rock that feels very apropos for this age. Even the ironic album title, A Hero’s Death, brings to mind the fact that there are no heroes in this fight. It sounds as if Joy Division moved to Ireland and just kind of said, “fuck it.” It’s almost so dreary at times that it verges on farce. So deadpan that it comes across as Interpol on quaaludes.

This isn’t the brash bravado of their debut, Dogrel, which sounded like Wire with Bloc Party as a backing band. It’s much less chest-poundy and guttural. Less sharp elbows, yelps and, frankly, raised voices. It’s a more languid affair. The building of repetition that feels almost hypnotic in its low tones and tempo shifts. Shit, there’s a track on the album called “Sunny” that could be mistaken for an oddball Smiths song. It’s a stark, but not totally unwelcome, departure from their rock ‘n’ roll first record. Not that there aren’t a few rockers on A Hero’s Death, but the whole tone is less agro and more settled.

Despite some of the seeming simplicity of their songs, there’s something incredibly catchy and attractive about their music. It’s not at all upbeat. It’s not close to as energetic as we’d come to expect from them. Nor is it high art. Lead singer Grian Chatten’s voice is somewhere between late-night drunken baritone and some Johnny Cash crooning. It just makes for a compelling listen regardless of your feelings about their sonic shift. I don’t often revisit albums I’ve reviewed these days. Even the good ones. I don’t seem to have the time or energy. But this one? You can bet it’ll travel with me. In the car. In headphones. Wherever music can be found, this one is a keeper.