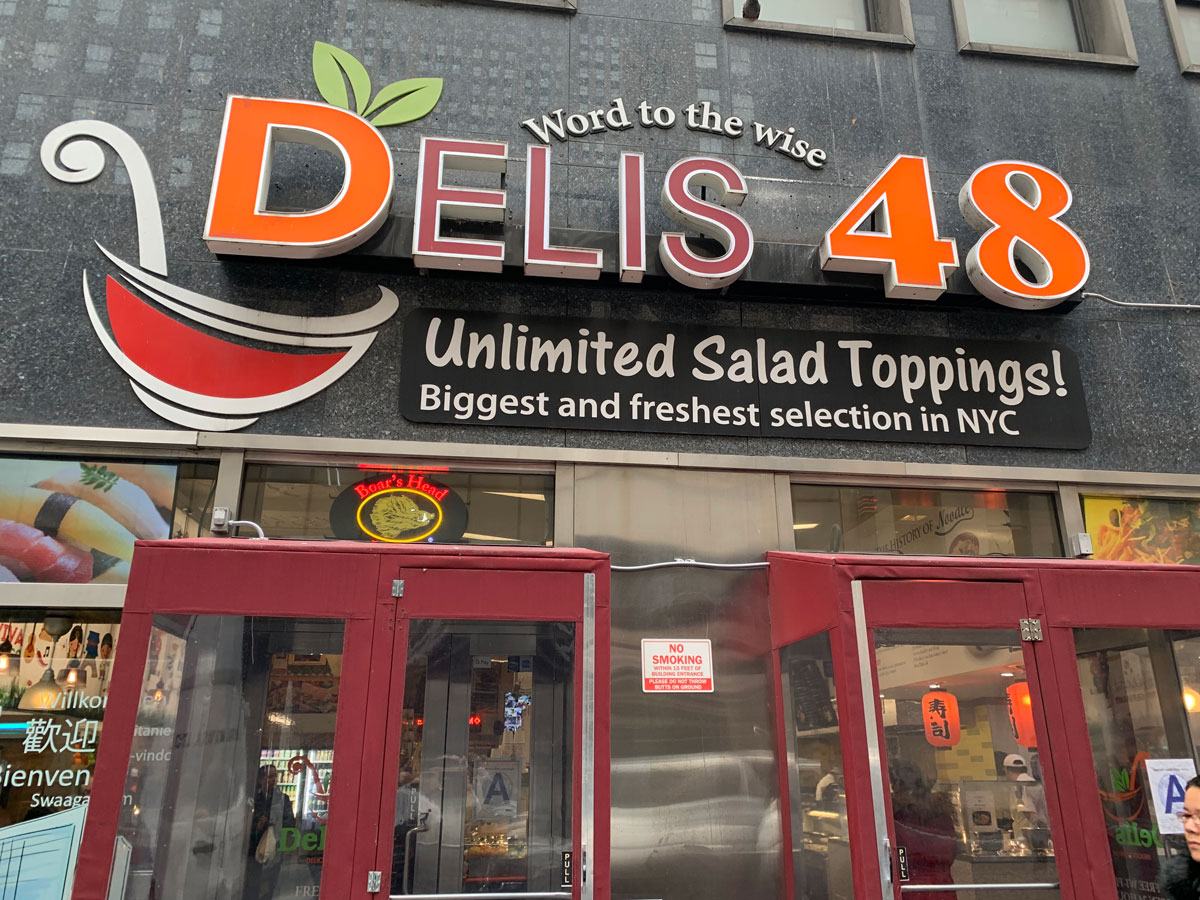 Allegedly this joint is racist? I said “allegedly,” so no sueies. Okay, well, the place isn’t racist, but presumably the people who own and run the place are allegedly racist? According to the Internet. I can’t say I experienced any of that, but generally dudes like me are not the recipients of suspicion in American society. Except on like white supremacist websites and stuff, but that’s more about like my whole heritage and stuff and less about my visage in and around midtown salad establishments.

Putting that aside, I am mostly offended by the name of this place. Why is it plural? Should it not just be Deli 48? And the signage seems to indicate there is something other than a grammatically incorrect mistake going on here. Why is the ‘D’ in “Delis” in orange, along with the whole 48 also in orange? Is D48 some sort of code. Is “elis” something as it sits alone, unbolded and in red? I don’t know. I also don’t know why the signage includes a tagline. That tagline being “Word to the Wise.” What the actual fuck is that all about? This is a grimy smorgasbord take-out food vendor, not a small Village bookstore. Weirdos.

I honestly don’t remember much about the food, but the space felt ramshackle and not very clean in the traditional sense. The traditional sense also being the literal sense. But like by traditional NYC horrible salad joint standards. I don’t know, Delis 48 just had this pall of sadness about it. As if people only darkened its doors out of pure desperation and/or complacency with shitty midtown choices. The whole thing stinks of giving up. Which isn’t something you want to experience on your lunch hour. Or any time.