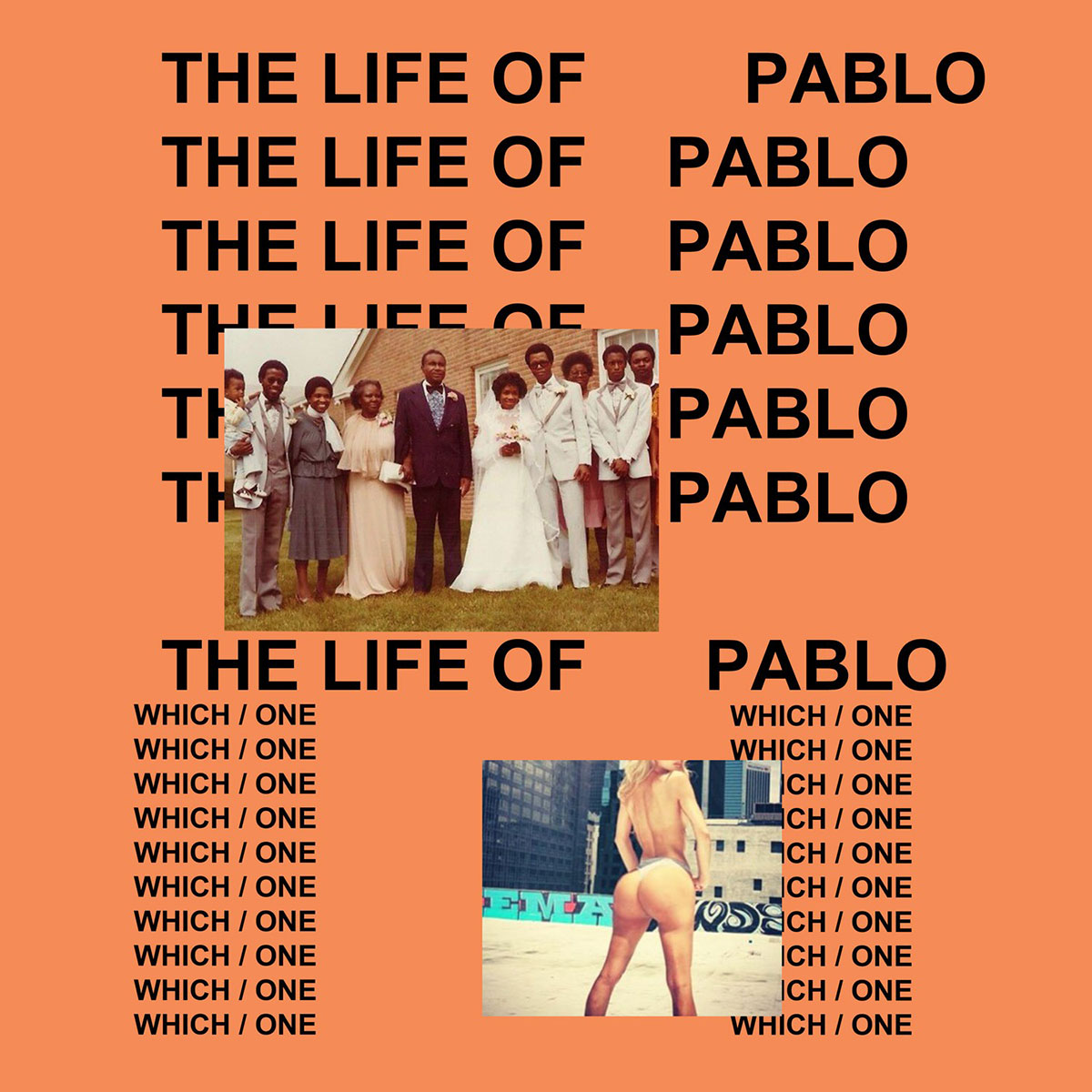 Kanye West: The Life of Pablo

Oh Kanye. You silly, silly, self-important man. Kanye is one of the few musicians I had the opportunity to interact with on a deeper level when working at Island Def Jam many years ago. At that point Kanye was merely a producer for affiliated Roc-a-fella Records, had released one single, “Through the Wire,” and was working on his first LP, The College Dropout. I was an interactive producer for the folks who built all of IDJ’s websites and as such sat on a call with Kanye as he ripped off his vision for his first site. It was pure insanity. He described a lovely immersive, environmental site in which we sat in his living room and his arm controlled a remote that was then used to change the channels. The channels, of course, being the navigation. It was way more wacky than that, but that’s the gist. He then came into the office a few days later, went into the office of our shy CTO and proceeded to do a couple minute freestyle based on the guy’s name. The man was pure energy and light and to this day seeing our poor nerdy tech lead (who had only listened to Rush his entire life) cower behind his desk as a crazy man spit rhymes at him ranks as one of the funniest and most lasting impressions of my early-ish life.

Now, seven albums in, Kanye’s well-documented life has somehow become larger than his music and larger than his talent. He is a one-man PR machine. Despite having some similar bits of genius and devil, Jesus-loving, bitch-and-ho dick braggadocio as R. Kelly, he has far eclipsed Mr. Kelly in the area of self-love. And I don’t mean that in a peep-booth kind of way. Kanye loves him some Kanye. As if having a song titled “I Love Kanye” wasn’t proof enough. He says his name so many times in that song that it stops making sense. It’s super fucking annoying, and ultimately he plays it off as a short joke, but I don’t think it’s a joke. It’s Kanye’s incredibly inflated concept of Kanye. It’s both why people love him and why they also call him an insane person. And somehow both the lovable Kanye who raps to scared nerdy Rush-listening tech geeks just for the joy of it and the guy who is an utter and complete asshole on Twitter can inhabit the same body. The guy who clearly thinks his relationship with God is somehow better and more important than yours (though he can take mine, please) and thinks he can design clothing by sheer force of will, but ends up just kind of throwing badly-fitting beige t-shirts on the runway.

And this is where this album shows up. First, that cover. Seriously, what the fuck is that? I mean I assume Kanye got ahold of MS Paint and went wild and nobody had the nerve to tell him it looked like my third-grade Apple IIe project (but with a photo of a giant ass on it). And then there is the album itself. I will start off by saying that despite Kanye putting together some decent tunes over the years, I’ve found the adulation and all-out praise to be a bit overblown. Yes, the man is crazy and he has no worries putting it all down on wax (or bytes), but sometimes crazy just spells disjointed and uneven and kind of head-scratching. First, enough about your dick. We all have ’em. Yours is nothing special. Second, we know you are a seriously important individual, but not every single human wants to be you. Yes, I know this is a rap thing. But with most it’s just bluster and part of the genre. With Kanye, he honestly thinks that we all want what Kanye got. Third, Kanye is one of the least talented rappers on this album. Granted, I’m also not a fan of Jay-Z’s rapping style. It’s clumsy and he’s squarely outside of the pocket, which drives me nuts. Kanye is, well, Kanye. He has a style and you kind of either like it you don’t, or, like me, you’re just okay with it. When he’s not rapping, it’s mostly auto-tuned singing, sort of.

But, gooddamnit if this album hasn’t grown on me. I mean I downloaded it on April 1 once it moved beyond Tidal and have been listening to it pretty much non-stop since. I thought at first that I was listening to it just to review it, but then I kind of fell in love with the sound and production of the thing. I’ve listened to it both in headphones and in the car and damn this thing sounds good. I can somehow push Kanye himself to the background and just lose myself in the pastiche of the samples and the cut and paste of all the sounds and drums and the kind of general schizophrenia of the whole thing. It’s kind of invigorating if you just sit back and let the crazy soak in. Granted, for me the highlight of the entire album is Chance the Rapper’s (a Mr. Hipster “best of” two years running) verse in the first track, “Ultralight Beam.” Not great blowing your wad right out of the gate, but the more you listen, the more you’ll agree that while this thing is a bit of a kitchen sink (including the penultimate track, “Facts,” which is the only god-awful clunker on the album) and at time feels more like r&b or gospel than hip-hop, it’ll certainly make you wonder what the hell he’s thinkin’.