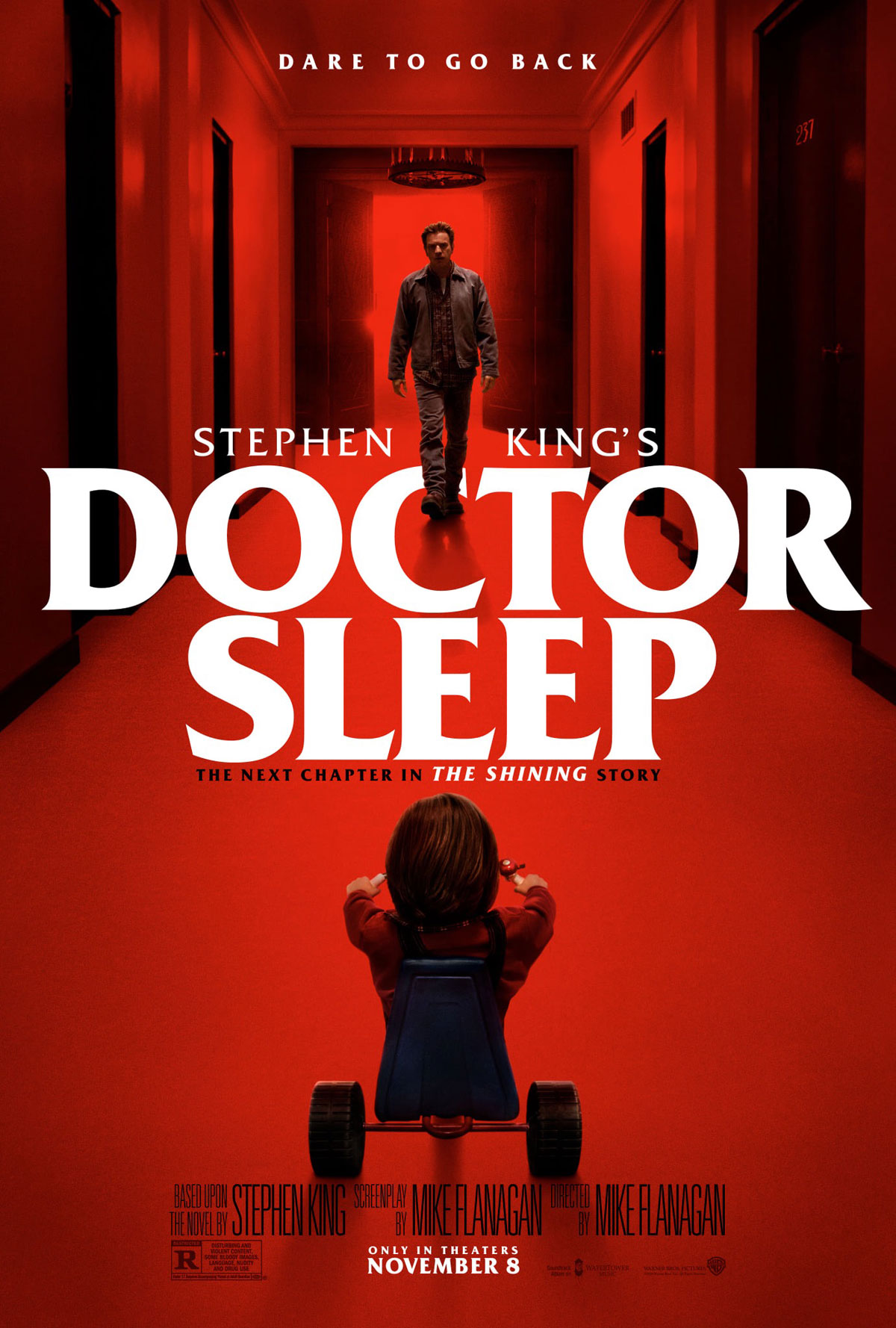 This first question to ask here is: did we need a three-hour version of this movie? I’m pretty certain, after watching it, that the answer is a resounding no. I didn’t see the theatrical release of Doctor Sleep, but I find it hard to believe that whatever they added to this version improved what is a pretty flawed movie in any form. After falling off of the Stephen King novel train a couple decades ago, I didn’t even know he’d written a sequel to his classic 1977 novel, The Shining. That was a great book. And the movie — though somewhat derided by the author — was also an amazing Kubrick film that has seemingly eclipsed the novel on which it was based.

Why King decided to revisit the Danny Torrance character thirty six years later is beyond me. It feels a bit sacrilegious in a way. But I suppose he just has to give the people what they want. But did they want this? Reading reviews, it seems they did. But I’m not sure why.

This thing is cheesy. Like True Blood level cheesy. Granted, Ewan McGregor, who plays the forty-something Danny Torrance, has a cheesy edge to him when he does an American accent. There’s like a weird, stilted used car salesman thing about his delivery. It’s not the youthful McGregor with his Scottish mumble. There’s just something fake around the edges of his smile and his over-annunciation of his Americanized Rs. But he’s not at all the worst part about this film. He’s actually fine. It’s this whole idea of the True Knot. This idiotic band of soul vampires who go around murdering and sucking out the souls of people with “shine.” It smacks of low-rent TV series silliness. Like some bad WB show from the early 2000s. Or, like the aforementioned vampire show, an HBO series on the creative downslide of an overly-long, seven-year run. It boarders on embarrassing.

So, Danny is an adult now. An alcoholic adult. He drinks to keep his literal ghosts at bay. What he’s been doing for the past forty years or so is a little unclear, but he’s clearly a dude in crisis. He moves to some small town in New Hampshire to get away from things and immediately meets a dude who happens to know of a boarding house, is in AA and has a job for him at a hospice place. What luck! Meanwhile, there’s this group of really poorly-drawn bad guys namesd The True Knot who are going around the US looking for people with “shine” from whom they can suck “steam” in order to continue to extend their lives. Issue is, there are less and less of these special humans, so they’re really hungry. We see where this is going.

Now, if we think back to The Shining and what Danny’s shine actually does for him, it’s never quite clear. Which I guess is lucky, because now it allows him to commune with the dead, be telepathic and humanely euthanize dying hospice patients with the help of a magical cat. That last part isn’t a joke, and is the genesis of Danny’s “Doctor Sleep” nickname. I imagine they spent a bit of time on this in the book, but the movie just kind of shows you this power a couple times and then moves on. Not Danny’s emotional reaction to it, so much. But just the fact he can do this and learns from it. Whatever.

You know the final battle is going to come down to Danny and his acolyte, a young girl named Abra (Kyliegh Curran), against this True Knot lady, Rose the Hat (Rebecca Ferguson), at the Overlook hotel. Which was the location of The Shining, of course. The director chose to mix in old clips from the original film and recreate some scenes with new actors for this tale. And flip the script on some of the original Jack Nicholson scenes with McGregor. But whereas Nicholson has menace and weight, McGregor comes off as a kid playing big boy. The rest of the cast — aside from Cliff Curtis — seems like they’re in a different movie. The director, Mike Flanagan, I think was going for something serious and psychological. But most of the actors thought they were in a campy send-up of a traditional horror movie. They play it with a wink and a nod that this whole thing is kind of stupid, which really undermines the whole feel of the film.

Plus — and I don’t know Flanagan at all — his direction is not good. Looking at his IMDB, it looks like he directed all of The Haunting at Hill House. Which is really bizarre, because that’s exactly what this movie reminded me of while I was watching it. And all the directing issues I had with this, I also had with that show. There’s a lean into cheese. There’s a strange fakeness to the scenery and the way things are shot. It looks like video instead of film in a way that’s distracting. There is CGI when it feels unnecessary. And in his attempt to create a style, he’s hit on something that makes things less scary than they should be. Maybe it’s the lighting or the close-ups or something, but there is some grit that’s missing from both works that takes away from the humanity and earthiness of the thing. Horror shouldn’t be shiny. And, god, I can’t tell you how annoying and insufferable that group of True Knotters are. I hope to god that the extra time in the Director’s Cut isn’t dedicated to that nonsense.

I’m hoping (and praying) that King doesn’t have another Shining tale in him. I know some liked and enjoyed this thing, but I’m at a loss as to why. It’s overly long, meandering and not effective as either a horror or supernatural tale. It feels like a middling, goofy television series akin to The Strain. I know I’m never getting my three hours back, which is fine. I’ve dedicated time to worse, I suppose. I just think we have to set our standards a little higher.