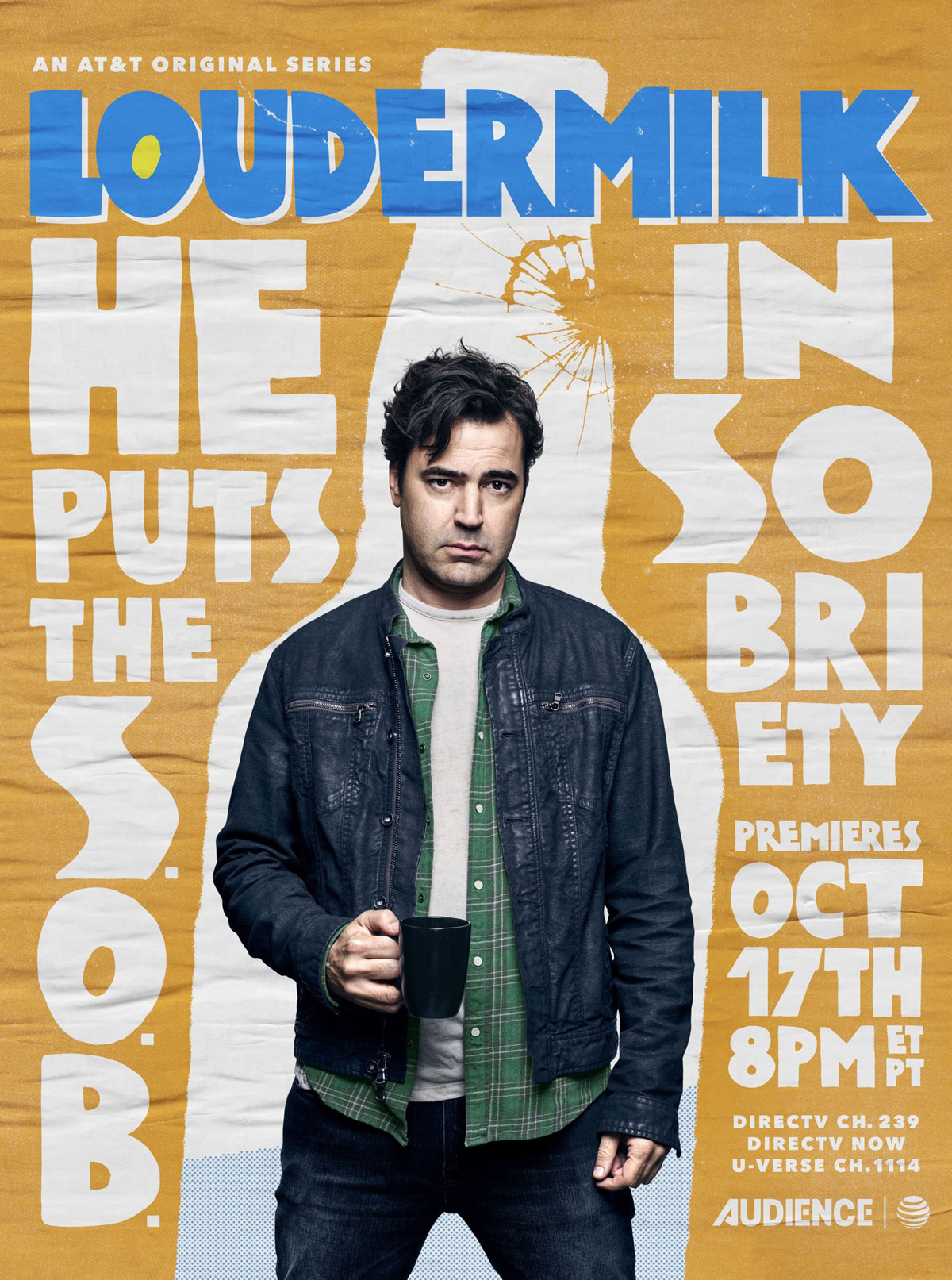 I’m trying to decide what the audience is for super-low-concept shows like Loudermilk. Which, ironically, aired on the Audience Network. Which shuttered because nobody knows what the fucking Audience Network is. But, seriously, how many Gen-X curmudgeons are out there looking for a series about a former grunge-era rock critic who now runs a sobriety meeting in a church in Canada (which is supposed to be Seattle)? And if you think there’s any more to this show, you’d literally be wrong. Think about how narrow that window is. My parents have no idea what grunge was and will understand not a single band reference that Ron Linvingston’s Sam Loudermilk character cringely spouts. And Hipster Jr. would have no idea what the hell Spin, Rolling Stone and general rock criticism is. Let alone what “rock” is. It is a show written for a very specific group born between 1969 and 1974. Which is weird.

Stop me if you’ve heard this one before. Or, don’t, I guess. But, Sam Loudermilk is a cranky reformed alcoholic and addict who is sarcastic, verging on mean. He’s a crank. A semi-lovable crank, but actually not so lovable. He complains about coffee because he’s a coffee snob. He’s a music snob. He’s a luddite. He loves vinyl and hates people using cell phones. Every episode usually starts off with him lecturing some millennial about up-speak or mobile apps or something. Basically, he’s an asshole and people are usually voicing that fact out loud to him. It’s a little embarrassing as a Gen Xer. But he is a quintessential character type you’ll find constantly in shows like Flaked or name-your-whiteguy-lead series. Like some Dabney Coleman journalist character in a jean jacket. Har-dee-har.

In order to build out Loudermilk’s world, the show’s creators gave him a roommate, Ben (Will Sasso). He is the happy, friendly anti-crank. But is also a recovering addict (who is not really so recovered). They live in an apartment that seems way too large for Loudermilk to afford, considering Ben doesn’t pay rent and Loudermilk is essentially the overnight janitor at a bank. But, it’s TV, I guess. The second person in his life — and the human who eventually becomes the third roommate — is a young lady in need of her own sobriety journey, Claire (Anja Savcic). How she ends up moving in with two middle-aged dudes as a teenager is a little circuitous, but her millennialness (or Gen Zness?) gives someone for Sam to play off of. And, frankly, something to look at and listen to that isn’t two white dudes exposing how dumb they are.

The rest of the characters could have been drafted in 1994. The hipster/nerd record store/coffee shop owner who has a band. The group of caveman-like drunks in Loudermilk’s recovery group. Who, in comparison to Loudermilk, are clueless about societal norms, “PC” culture and basically struggle with modern world stuff. Because it’s technically a men’s group, though Claire enters that realm as well in order to inject some modern sentiment into it. Otherwise it would be a bunch of middle-aged weirdos sitting around complaining about emojis and ladygasms. Because that’s kind of the sweet spot of the writing. Which, frankly, isn’t the recipe for success with a broad audience.

So we go through three seasons with Loudermilk, listening to people get confused by his last name. Watching him struggle (sometimes) with his sobriety. And watch his friends continuously disappoint him. Plus some side dalliances — especially one with a member of the group, Cutter, that is particularly weird. It involves kidnapping, drugging, obsessiveness and just general oddness that seems like a complete aside. And then is dropped — ironically because the actor playing Cutter had an actual, real-life substance abuse relapse, apparently — as quickly as it escalated. There’s a side narrative with Loudermilk’s dad and a baby and Loudermilk’s ex-wife and his friend. It just all feels like the writers struggling to keep the show afloat on the thin framework they set up for themselves. There are only so many times you can show a circle of dudes in an old church room riffing about modern society and how they don’t fit into it.

In all this, I’m a little concerned about Ron Livingston. I’ve seen him a million times over the years, but his physicality in this show seems compromised. And, again, maybe he’s always been a little shaky, but there’s something about his head and mouth movements, the way he sticks his hands in his pockets, his gait and his general demeanor that reminds me of Spin City-era Michael J Fox. And, look, I’m no doctor and have no idea what Parkinson’s looks like in its early or late stages, but there’s something super-uncomfortable-feeling about Livingston’s delivery. And I’m not putting Parkinson’s on him, of course, but there are times — especially when he’s in scenes with Sasso — who is an overwhelming physical presence — that he feels weirdly still and limited in his movements. Maybe he’s just playing him that way, but it feels almost out of his control. And it makes his character maybe a little more drab than he would otherwise be if he showed a little more energy. Sorry to concern troll, but I suppose I’m not sure what else to focus on.

It is interesting that this show was co-created by Peter Farrelly. You know, the dude who, along with his brother, came up with Dumb and Dumber, Kingpin and There’s Something About Mary. Because this certainly isn’t that. There is no slapstick. Maybe only a couple dick jokes and not even one gross-out gag. Nope, it’s pretty straight-forward sarcastic dramedy. About a humdrum man in a humdrum life. It just doesn’t seem like his bag. There are some little chuckles here and there. There are a couple clever insights. But otherwise this is a background show. A wallpaper show. One that doesn’t rise above a 10 PM chat on your dorm floor before heading out to something more fun. And it’s not that the world doesn’t need these types of series. But this particular one feels specifically like an attempt at a generational tale about a forty-something written by a sixty-something. A narrative that feels like it was written after someone watched Almost Famous, decided that it would be cool to update it to the 90s and ask the question: but what if Patrick Fugit’s journalist character gave into the golden god? What if instead of Cameron Crowe becoming a famous author, he boozed and drugged his way to a sad, bitter existence as a washed-up journalist living in a share in Seattle surrounded by other drunks? I suppose it’s a question. But is it a timely one worthy of a three or four-season arc in 2021?