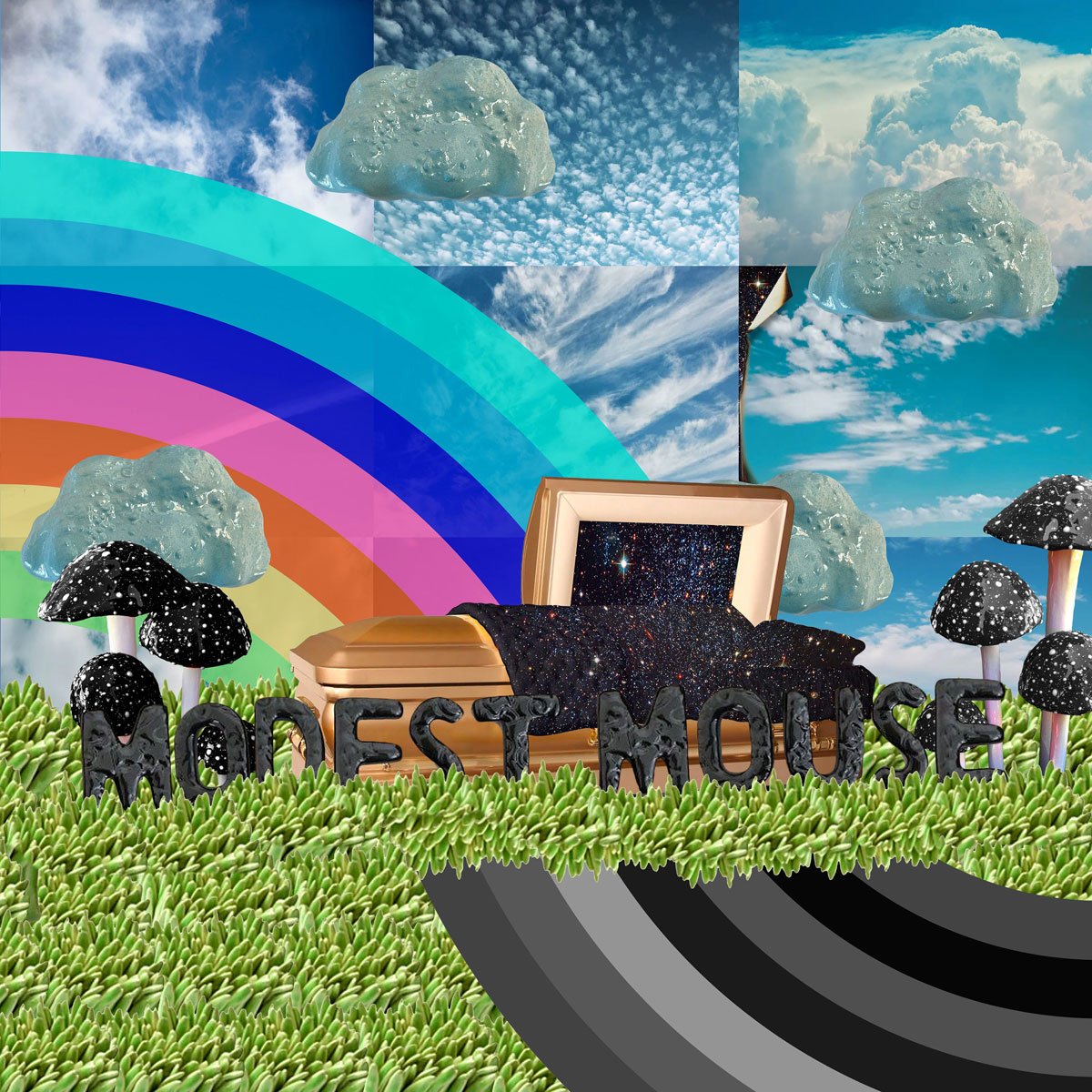 Modest Mouse’s music has always been a bit of a sideshow for the past twenty five years. They’re a band whose music people will claim to admire when you bring them up, but is rarely on the list of peoples’ favorite bands. I think that’s in large part due to their weird marriage to major-label music, which just seems antithetical to their whole vibe. Like if they were on Sub Pop all these years instead of on Sony/Epic, they’d not just be this band who has a minor alt-radio hit every three-to-seven years, and would instead be considered elder statesmen in the indie rock pantheon. I’m not certain their music would be any different, quite frankly, but they “sold out” back in 2000 with their incredible The Moon & Antarctica back when selling out was still a thing. And people have long memories.

The odd thing is that Modest Mouse have continued to make strange music despite their major label contract. A major label that — full disclosure — I worked for during the  a kind of down period for the band when their output consisted only of the No One’s First, and You’re Next EP era. This truly being the only band I listened to on their roster when I was hired two years removed from their hit album, Good News for People Who Love Bad News. An album that I really enjoyed, though it — like all their records — challenged my ears at times, and with the exception of The Moon & Antarctica kept me from reaching for any Modest Mouse album regularly.

The Golden Casket continues the trend of Modest Mouse making Modest Mouse music. A bizarro mashup of the trippy parts of a Pink Floyd album, the rusty joints of a Tom Waits record and something that is just uniquely Isaac Brock. That whirling tornado of “Row, Row, Row Your Boat” rounds that seem to just spiral in on themselves. The whisper-singing. The lisp. The lack of song structure (as far as I can tell). It’s all there. But… But now he’s added bleeps and bloops. And instead of making just one radio friendly song, he’s created maybe three. Although in 2021, I’m not really sure what radio-friendly means. Especially in an age where rock music is pretty much relegated to nostalgic satellite radio stations and whatever the hell Tame Impala is. With this album, though, it feels like Modest Mouse has moved toward that genre of “rock” music versus the other way around. Oh well.

In terms of those poppier songs, I do enjoy “We Are Between.” Like “Float On” and “Dashboard,” it’s a propulsive pop banger that clearly tries a more traditional song structure and was probably forced by some label dude to be the lead single. And normally I’d frown upon that, but in this case it’s essentially resulted in the best songs from each of their last few albums. I didn’t name a similar track from their last album (2015’s Stranger To Ourselves) because, honestly, I forgot it existed.

Which is the problem that I raised at the beginning of this thing. I literally hadn’t listened to a new Modest Mouse album since 2007 when We Were Dead Before the Ship Even Sank came out. And I somehow didn’t even notice. Despite being a “fan” of Modest Mouse’s music. It turns out, though, I’m a fan of their early music. And, even then, only some of their early music. It’s a hard thing to admit that I want music to be easy these days. And even harder to admit that maybe it’s always been that way. The dirges on The Golden Casket are still dirges. But now with more electronics in the background. Brock’s patter is still his patter. Just maybe a little more sunny. Plus a couple songs that I found really jarring that sound like they came right off a Soup Dragons or Jesus Jones album in the early nineties. But, ultimately, I too find myself in this taste middle ground, where their songs are too poppy and produced so that I feel I’m missing that edge, but also just too obscure, floaty and weird to satisfy my love of melody and hooks. My left arm for some guitar crunch, I suppose.