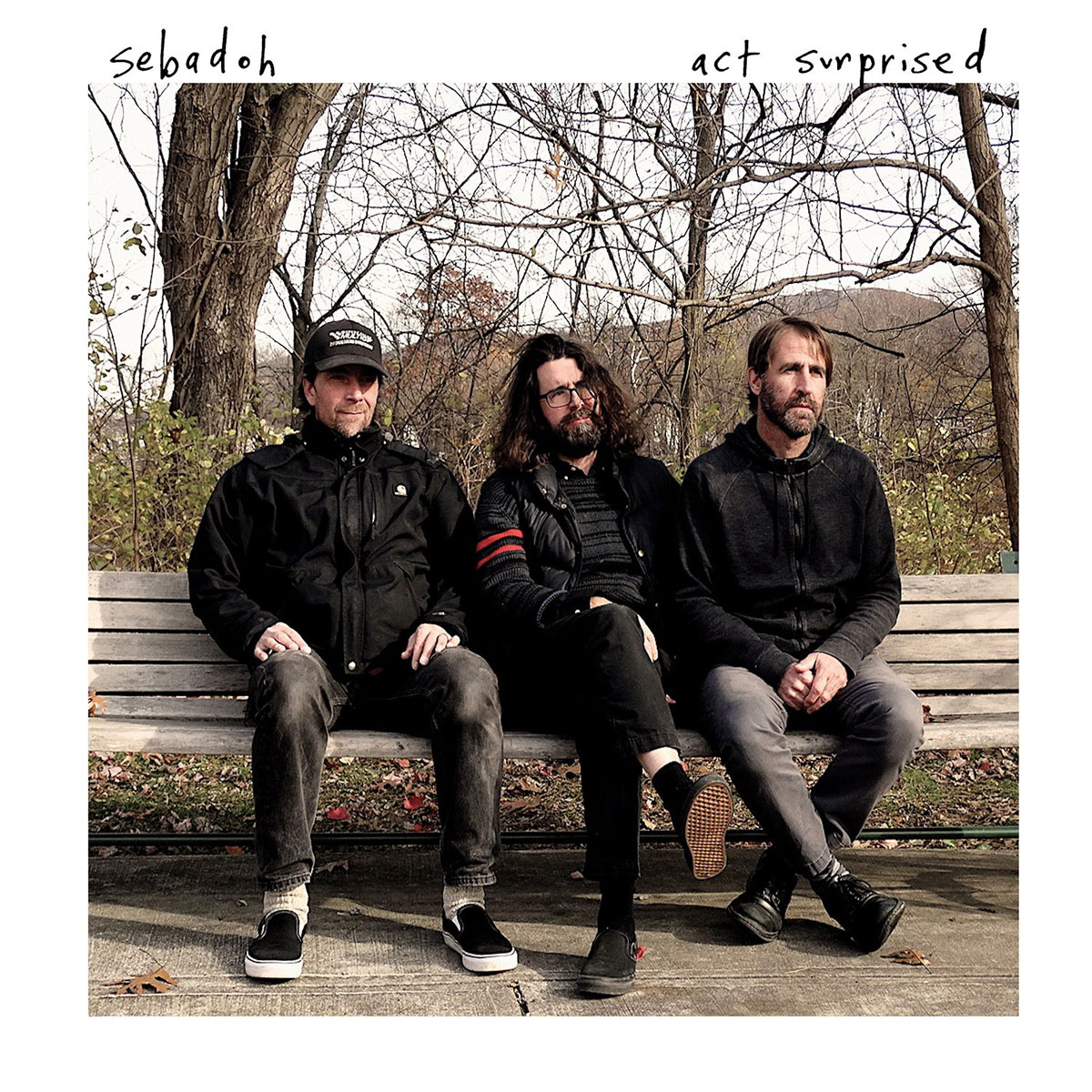 To this day Sebadoh created one of my more epic and ridiculous concert moments. It was 1996 and the boys were playing the long-gone NYC club, Tramps, to promote their new album, Harmacy. They traded songs. One spastic, flame-throwing tune of Jason Lowenstein’s followed by a more thoughtful track of Barlow’s. They continued in this vein for an hour. And then two. And then it just kept going. Even as people started filing out, their energy never waned. They asked for those left to just shout out song titles, which they’d then launch into. It was awesome. Ms. Hipster (who, at that time was just Hipster Girlfriend) had already been dubious when I’d invited her along, but as we neared hour three and we remained as one of only a couple dozen and her feet started to hurt, she grew even more skeptical. Finally, after an extended feedback-laden outro, with only a handful of left, they collapsed on stage and walked away. I was euphoric. Ms. Hipster was rethinking our relationship.

So, here we are almost 25 years later and Sebadoh is still putting out music. Granted, back then this was Barlow’s main outlet after being booted from Dinosaur Jr. But now that he’s back in the Dino Jr. fold, this is technically his side gig. And as a side gig, he’s become way less prolific. After 1999’s The Sebadoh — which was their less-than-well-received swan song of sorts — the next album, Defend Yourself, didn’t roll around until 2013. That one was also just so-so. Then there’s this album, Act Surprised, coming a mere six years later. My initial thought was that Barlow’s time back in Dino Jr. would somehow change and/or affect his musicality. Seems not, though. Because Sebadoh and Dinosaur Jr., while both rock bands, take their cues from completely different places. The former is all classic rock and guitar solos, while the latter has always felt more R.E.M. than Zeppelin and more Feelies than Neil Young.

The funny thing is, this album starts off with an almost full-on Foo Fighters tune called “Phantom.” From the chugging beat to the tonality of Barlow’s voice and the dual singing, it’s straight out of the Foo songbook. Honestly, there are a few tracks on this album that might be confused for Foo songs if they were produced a little differently and featured a little more guitar work. And that’s just it. These songs are and always have been unadorned. They’re not fancy. They’re not showy. The songs that Barlow pens try (and sometimes succeed) at communicating some sort of forlornness and pain. Even the more upbeat ones have an underlying sense of sadness. But very little in terms of tricky melodies or beats. No solos or breakdowns or insane key changes. They’re mostly just poetry of sorts put to indie rock. That’s always been his thing since his early days recording tunes on what I can only assume was his parents’ old tape recorder in his bathroom.

And, really, the only way you could even tell these songs weren’t from an album from, say, 1998 right before the ill-fated The Sebadoh, is that they sound like someone professionally recorded the things. And missing is some of Barlow’s sappiness that made those earlier albums feel more personal and made them warmer and closer to people’s hearts. He feels a bit hardened. Moving closer to Lowenstein’s atonal, rambunctiousness than bringing Jason more toward his bedroom style. There are exceptions to this, however, and it’s honestly when the band is at its best and most unique. Songs like “Medicate,” “Sunshine,” “Belief” and “Reykjavik” are more heartfelt and bring back some more of that warmth that the band really excels at. And I think it’s more than nostalgia talking here. Of course, yes, these are so recognizably Barlowesque in their tonality and lyrics that it makes it hard not to feel something of the past creep in. But that’s what makes music subjective.