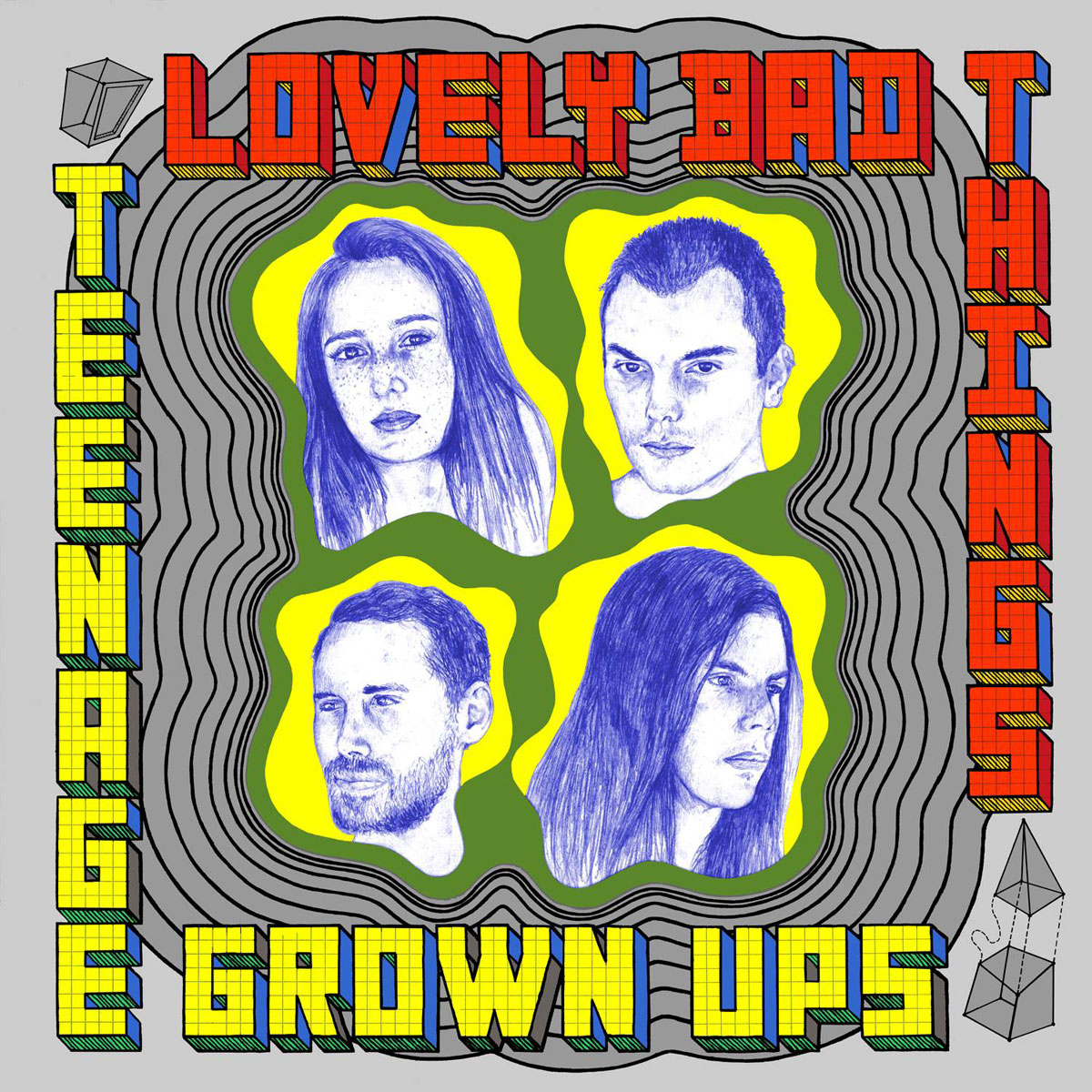 There is definitely a seed from which Lovely Bad Things has sprouted. It’s that mid-90s female-led college radio rock genre that had CDs that splayed the “if you play it, say it” sticker on the cellophane and were handed out to college radio DJs and journalists who wrote for magazines with the word “journal” in the title. Bands like Magnapop and Letters to Cleo and latter-day followers like the criminally underrated Sleeper Agent who take pop rock and stab it through with some off-kilter guitars, spidery drumming and some really nice boy/girl singing. And while they may be they may be be the successors of this genre of music, their actual sound is way more muscular and tinged with a punk attitude than their predecessors. Their current peers are more like Swearin’ and Screaming Females, bands that, yes, are female led, but are dyed-in-the-wool rock and roll, ballsy rock and roll bands.

Where Lovely Bad Things has it over these bands is in their hooks and overall listenability of their music. Sometimes music can be challenging. Sometimes it can be intentionally tiring in its interestingness. You finish an album and you just need to take your headphones off and stare at the ceiling in silence for a while. The experience is exhilarating, but draining. This album has a lot of the same highs as those types of albums, but you get to the last track on the album and it leaves you wanting more. I think that term is attributed to PT Barnum, or maybe it’s Walt Disney, but it’s seriously sound advice. At 11 tracks, the album feels just the right length, and the music is variable throughout. They mix up the tempos and the time signatures and do everything from machine-gun beats to swingin’ indie rock.

Look, this isn’t going to necessarily go down as a classic album. In fact, I’m pretty damn sure it won’t. But for my money (or streaming dollar, as the case may be) I haven’t heard much as catchy and deserving of multiple listens as this album in recent months. Dare I say that it’s one of my favorites of 2017 so far? I do. I do dare.