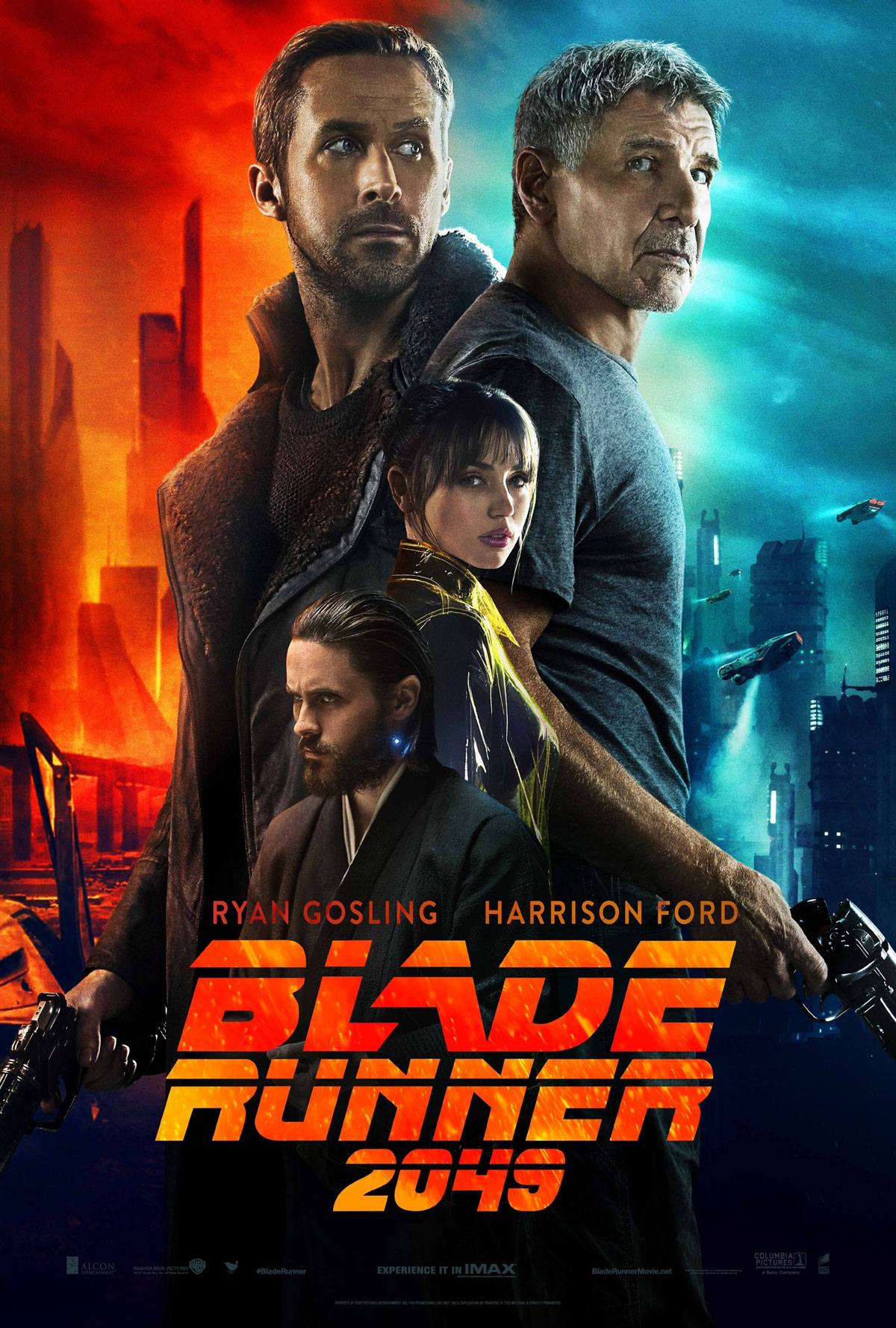 The original Blade Runner is one of my favorite movies ever. I mean, how awesome is sci-fi noir? And Philip K. Dick, whose name comes up on this site way more than it probably should. It’s just so cool and understated and moody and everything that cinema should be. I have yet to keep Ms. Hipster awake for a viewing. From the early days on my LaserDisc player to more modern DVD director cuts to everything in between, the darkness and weird pacing just seems to put her right the hell to sleep. All that said, should we really make sequels to perfect movies? I mean, there’s no Pulp Fiction sequel. No sequel to Election. Uh, no Barton Fink or Royal Tenenbaums follow-ups. Because why try to build on that which is already whole and classic?

My first thought was: money. And, ultimately, I imagine that’s always the answer. But perhaps Ridley Scott and his original writer had more story to tell and were pumped about telling that story. Or perhaps they just like money. We’ll never know. But it certainly felt that they, along with their new director, Denis Villeneuve, respected the original film enough to keep the themes relatively similar and not make some glossy piece of shit as a cash grab. The plot was equally convoluted, but at least they told it in such a way that they knew they were speaking to adults and didn’t try to exposition us to death. And, much like the original, the movie took its time. It’s wasn’t all silly costumes, car chases and CGI battles, which was such a relief. It could have gone all Marvel on us, but luckily this was the same dusty, but rainy, post-apocalyptic-looking world we were used to — but with more bells and whistles.

The plot is actually quite basic. There’s a new breed of Blade Runners, who are themselves replicants. But like the good kind who don’t go rogue and shoot shit up. Ryan Gosling is one such Blade Runner, an LAPD officer sent out to hunt and put down old-model, unreliable replicants. I’m sure there’s some societal commentary going on there, but I’m too stupid to get it. Anyhow, like most protagonists of the robot persuasion in films, there is something a little different about Ryan. He’s not quite the cold, detached cyborg he was programmed to be. He treats his hologram girlfriend with the loving care of a doting husband and seems to have some sensitivities that you wouldn’t often see in a dude made of metal. It’s this perceived softness that gives us the central mystery of the film. It seems that somehow Sean Young from the original Blade Runner and Harrison Ford (Decker) made a baby! Now, we don’t know, and are never really told, if Decker is an android or a real dude, but either way, we do know that Young was definitely a replicant. So her having a baby is a revelation. Like the robot version of a Jesus-type miracle. And this fact threatens to tear apart the fabric of society if it gets out. Plus, there’s creepy, blind industrialist, Jared Leto, who sees dollar signs in his androids (who he uses for manual labor off-world) being able to reproduce for free. So it essentially becomes a race to find the replicant child. There are clues and red herrings and twists and whatnot that bring Decker back into the fold. You can probably see where this is going.

I finished the film and kind of sat thinking about it for several minutes. It was a super-insular movie, which at first felt weird, but then I remembered how almost claustrophobic the original seemed compared with most sci-fi of the time. And as I thought about it, the more I both liked and disliked the thing. It’s a confounding movie, really. And I put that squarely on the shoulders of its star, Gosling. The guy is just a weird actor. He’s either detached and robotic, or oddly squirrelly — at least in my opinion. I suppose the former works best for this narrative, but I both liked his performance and somehow thought he could have done better. But, you know, compared to Leto, he’s a fucking genius. I really hated everything about Leto’s weird, blind industrialist. I don’t know anymore. It’s odd. I kind of want to watch the movie again. I feel like a second viewing will actually add to the experience. I was too busy the first time around gawking at all the awesome scenery to pay attention to what I think I was supposed to pay attention to. That’s it. I’m gonna do it. And maybe, beforehand, I’ll force Ms. Hipster to watch the original and then revisit this one with her in tow. Risky, but worth it.