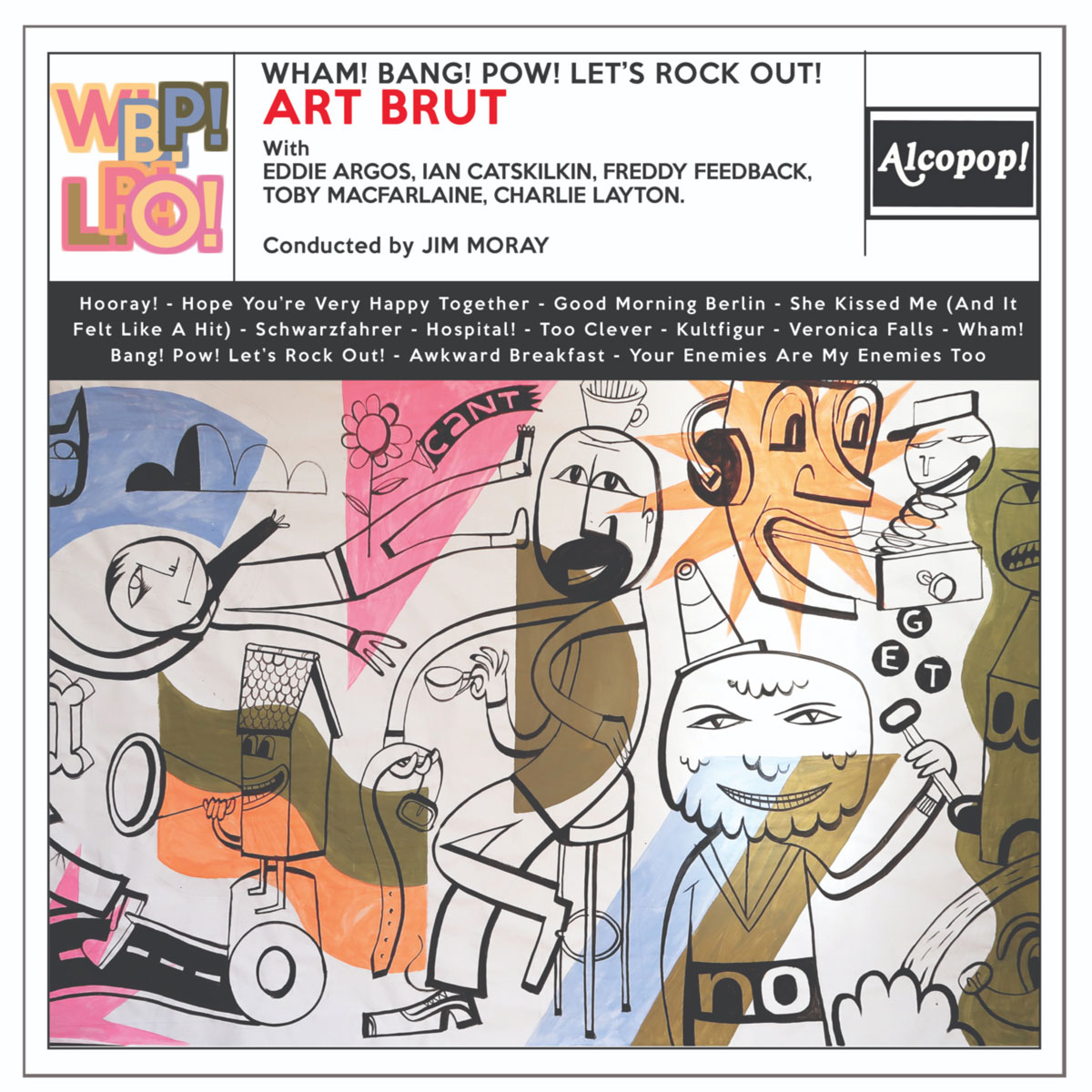 Wow, talk about polarizing. Art Brut would make at least 80% of the US population eat a vat of razor blades, light themselves on fire and swan dive into the runoff from an Ohio river. Thing is, that’s kind of their schtick. Like they know their kind of very British talk-singing semi-jokey cheekiness is almost intentionally saying to listeners, “If you can put up with our self-referential nonsense, horns and pub mentality, then we have you. If not, two fingers to you!” Think of them as the UK’s version of Cake, but with a very specific singer who you’ll either enjoy or want to strangle.

Whatever your feelings, they are unique. They are instantly recognizable as Art Brut. The lead singer, Eddie Argos, is a mess. And he loves to sing about it. Mostly in English, occasionally in German for some reason. It’s a free-flowing poetry sometimes, and other times the song structures are relatively straight-forward. But they are always entertaining as Eddie expresses his almost childlike enjoyment of his relationships: “she kissed me and it felt like a hit!” He seems really psyched about getting a girlfriend and going to the movies and eating take out and stuff. Despite being thirty-nine. And the musicality has been upgraded since their last album in 2011, Brilliant! Tragic!, with some horns and robust guitar playing and everything that feels almost Motown-like at times. It’s like a giant party singing about snogging.

It’s all a good time. Though the album cover definitely confuses me. I’m not a huge fan of Jim Avgnon’s illustration, but that’s just my personal taste. But it’s less about the graphic than it is the art direction of the cover itself, with the weird track listing and band member names and whatever the hell is going on with the layout. I think it’s trying to mimic an old jazz record or something, but it just ends up looking like a child got ahold of Quark (90’s reference!) and just went to town without a plan. Don’t let that stop you from checking out this album, though, as in this case you shouldn’t judge an album by its cover. Wait, that’s what you’re always supposed to do. Never mind, just do it.