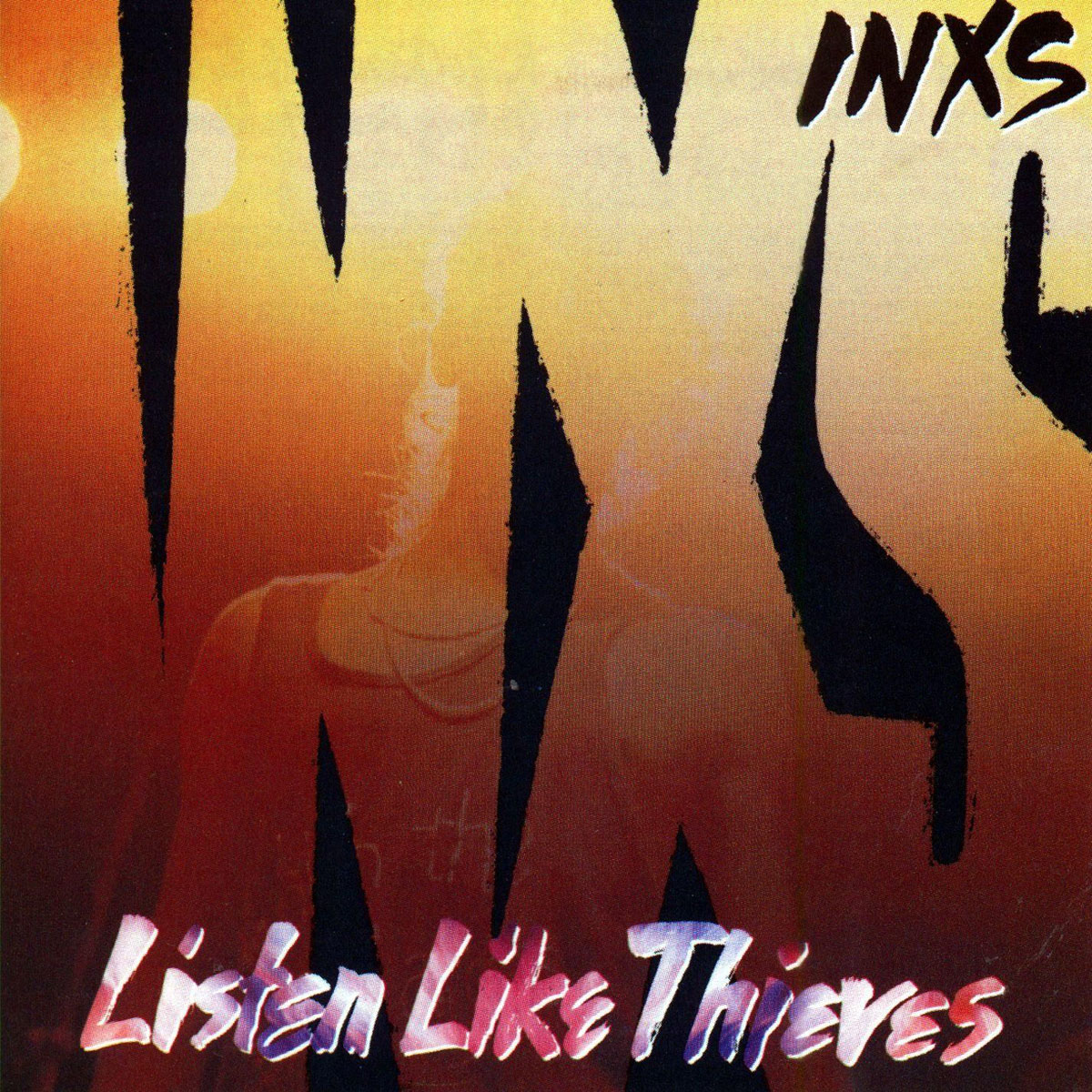 Like almost everyone else who first came across this band, I thought they were called “Inks.” To be fair, though, my seventh grade brain hadn’t fully formed when I saw this album, Listen Like Thieves, sitting in Tower Records. I’d never heard of these Inks people. Despite the fact this was their fifth studio album. Maybe I was too young. Or maybe after Men at Work we were all full up on Aussie new wave rock music.

Whatever the case, something in my brain told me to buy this record. The album cover, in retrospect, is kind of a graphical disaster, but at the time it looked big and bold and rock ‘n’ roll. After all, the year was 1985 and practically nothing was cool. So why not take a chance on something that at least gave off cool vibes?

As it turns out, this shit was super cool! You start off an album with a banger like “What You Need” and that shit just launches into the stratosphere. Without even seeing the dude, you can just tell Michael Hutchence is cool. Saxophones are cool. Snaking bass lines are cool. The whole thing just sets off the album with a sexy sexiness. And that’s before you even see Hutchence in all his latter day Jim Morrison glory. The man can really sell it.

The album continues in this way that is somehow still very 80s with its little synth flourishes, super-clean production and almost danceable beats. But also doesn’t fall into the traps of some 80s stuff where they abuse the new technology just because they have access to it. Because it’s still a rock ‘n’ roll album at heart. A poppy one to be sure, but still rock music. Like if mid-career Spoon was making music in 1985, it might sound kind of like this. Or if The The decided to be less weird. And on their first single, “This Time,” they even give a little Rolling Stones feel to the chorus. It’s a pretty strong base.

Now, there are clearly stronger and weaker tracks in this record. Another hallmark of 80s music. They had the “hits” and then they had some maybes and some filler. “Three Sisters,” a flat instrumental that sounds like it might be the backing track of a Thompson Twins tune, is a supreme example of filler. And a couple of the other tracks are a little less dynamic, but overall there are at least five or six really solid songs on here that really anchor you in time and can act as the soundtrack to your Breakfast Club life.