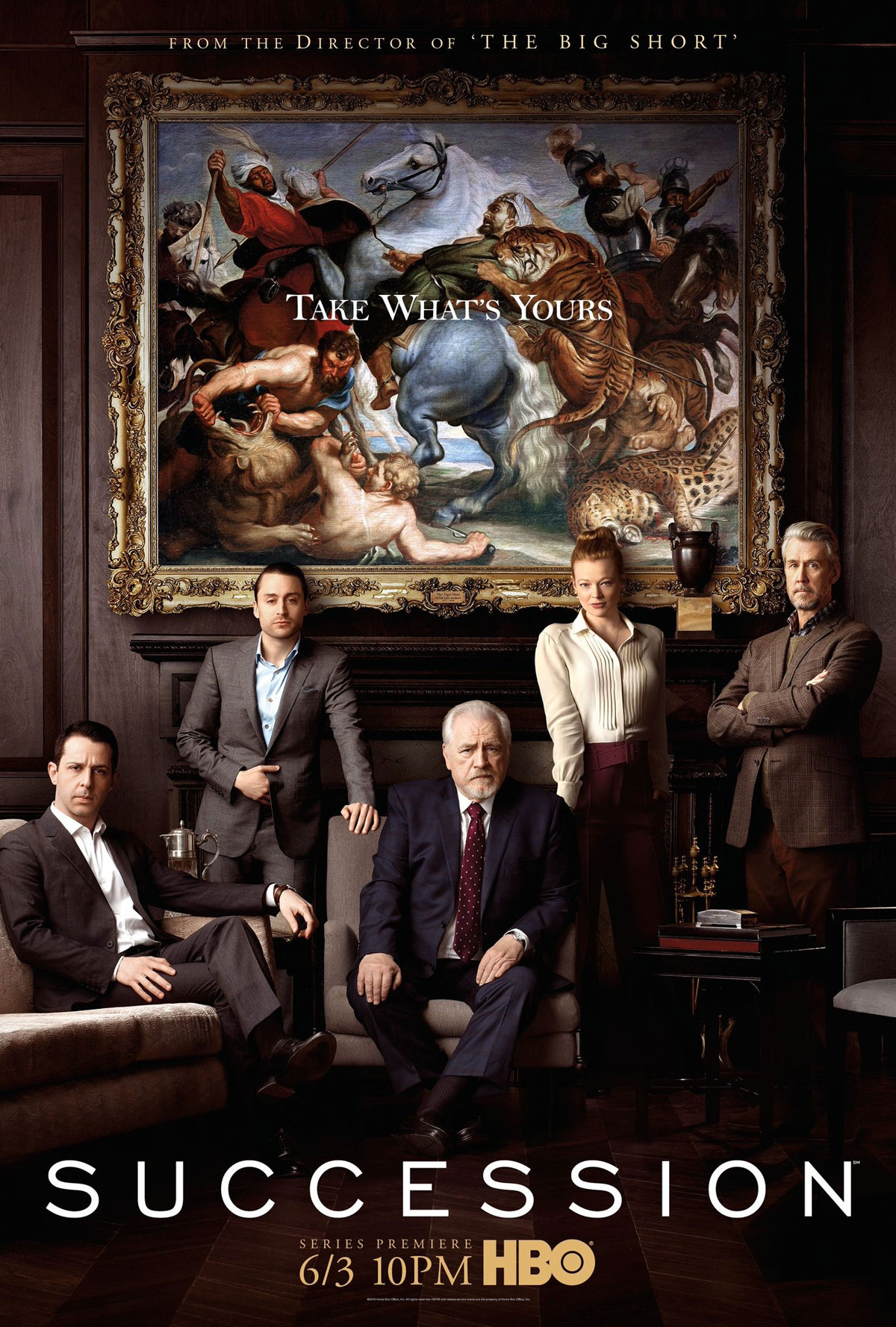 This show is straight bonkers. I’ve never seen Empire, but I imagine it’s like a weird mash-up of that and Aaron Sorkin’s Sports Night. But with all white people and lots more cussing. So kind of like a way more opulent version of Veep. It’s one part workplace comedy and one part family dramedy. And a whole bunch of “fucks offs.” No, seriously, hardly a scene goes by without at least one character uttering that phrase. I don’t know if that was intentional or just some sort of crutch for the writer’s room, but they honestly could have just called the show Fuck Off and made a go of it. I imagine that might be a little off-putting for the audience, but I totally would have watched it.

As it turns out, I watched it anyway. At first I was a little hesitant, however. I mean, do we really need another show about rich people and their terrible habits? Another show about a rich family and their in-fighting over a giant pot of gold? As it turns out, the answer is totally yes. Especially when the program has a sense of humor about its subject, its subject matter and itself. Granted, that tone wasn’t so obvious right out of the gate. And I imagine they may have lost some audience after folks decided to tune in for the pilot to check it out. Pilots are rarely a great indicator of a series, as generally shows need some room to breathe after doing the introductions and world building. This one took a few episodes to really get going, to work out the kinks and hiccups with the characters and their individual personalities. At first it just seemed like an amalgam of horrible people who cuss a lot and hurl scatalogical insults at one another. It was hard to untangle which despicable family member was which. But, as things progressed each member of the Roy family kind of formed his or her own lane.

I’m an only child. I’m not sure what it’s like to have brothers and sisters. I also don’t know what it’s like to be part of a dynastic, WASPy family that has to worry about its public profile and where their vault full of gold is going end up. This family’s company is thinly veiled as a News Corp. clone and the Roy family as some sort of mash-up of the Murdochs and The Kennedys. You have the patriarch, Logan Roy (Brian Cox), who runs a conglomerate called Waystar Royco, which includes cruise lines, theme parks and their crown jewel, the very Fox News-like, ATN. Logan is your typical rich-guy megalomaniac. You know, terrible, absentee father, only interested in his own power, manipulative and generally awful. His adult children are all horrible in their own way. His number-one son, Kendall (Jeremy Strong), is theoretically in line to take over the family business, but has a history of substance abuse and in private is a deeply insecure mess of a human being. Then there’s the daughter, Shiv (Sarah Snook), who is involved in high-level, liberal presidential politics and seemingly has no interest in running the business. She has trouble with fidelity and is ruthless and cold in a way that is always kind of unexpected and, ultimately, does actually care who ends up running things. The youngest son is Roman (Kieran Culkin). He’s your typical youngest son (like Tom Hulce’s awful Larry character from Parenthood) who has basically been lost in the wash, left with no responsibilities and just wants his father’s love despite being an utter and complete fuck up. And then there’s Logan’s oldest child, Conner (Alan Ruck), from his first marriage, who is an awesomely weird dude who lives with a prostitute on his huge desert ranch far away from the family business in NYC trying to kind of, sort of possibly find a way to survive the apocalypse. Or maybe he wants to be president.

On top of the immediate family, there are the extended girlfriends, boyfriends, spouses and Waystar employees. And Cousin Greg. Ah, Cousin Greg. The outsider (despite being a cousin) who operates around the edges of the family, but is slowly sucked into their nonsense. He is us. He’s the guy at the beginning that just wants a paycheck, but screws it up after smoking a joint and getting into one of those mascot costumes at a Waystar amusement park and barfing through the eyeholes. By mid-season he is having holiday dinners with the crazies and by the end of the season is being asked to score heroin for them, knows who is sleeping with whom and is covering up a secret that could bring the whole thing down. Cousin Greg is the losing Jenga piece just waiting to get pulled. But he’s still a total dufus. Or is he? And that’s the thing with this show. Failure and bad moves rule the day. Nobody is a genius. Nobody is the picture of ruthless perfection. Even Logan seems to often win through dumb luck and coincidence and not some killer chess instinct that puts him 27 moves ahead of his competitors, including his own children. The fun thing is we get to watch week after week as the machinations reach a fever pitch and we’re just as surprised as the characters on the show where everything shakes out.