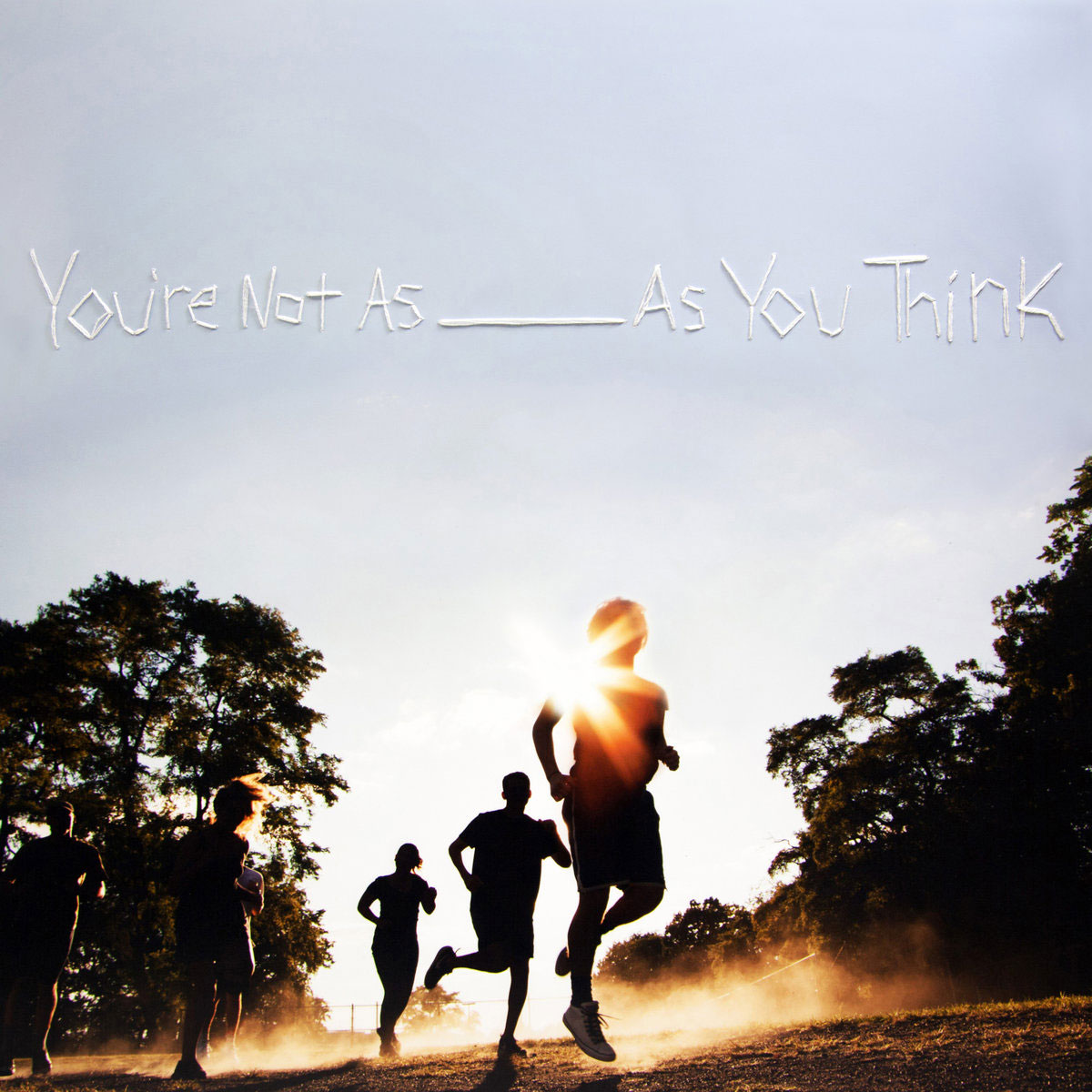 “We all bow to the emo Jesus!” So begins track one on Sorority Noise’s third album, You’re Not As _____ As You Think. Okay, that’s totally not true, but it might as well be. I mean, religion has played a big part in rock music over the years, but the sentiment is usually pretty general and more in the service of the guy below than the guy above. Think “Sympathy for the Devil” or like “American Jesus” by the aptly named Bad Religion. In any case, it’s not often you hear out-and-out allusions to someone’s personal faith mixed in with your rock and roll that is not expressly “Christian” rock. There are obvious exceptions like Dave Bazan / Pedro the Lion, latter-day Craig Finn / The Hold Steady, or even guys who claim Christianity in their personal lives, but don’t expressly sing about it in their bands, like Brian Fallon from The Gaslight Anthem. In any case, as a non-religious, non-Christian, coastal elite, it’s always shocking to me when I hear genuine, earnest religious sentiment expressed in song (or in general, honestly) — especially when most of those songs are about drinking, drugging and have a generous amount of cussing mixed in.

But let’s not get it twisted, this album is first and foremost a rock and roll record. Lead singer Cameron Boucher’s religious bent isn’t preachy in any way, but is conveyed the very emo way of a questioning reply to a few years of personal tumult and tragedy. I can’t be sure, but it feels like almost every song on the album talks about dead friends and funerals, overdoses, suicides and mental illness. How fucking emo can you get? But rather than wallow, the band uses it as catharsis, putting together catchy, hook-filled rock songs that get better and better with each listen. Very seldom these days do I listen to records all the way through in one sitting, let alone hit repeat. But this one really drives you forward (despite the somewhat heavy subject matter) and it sounds amazing doing it. They don’t swirl into experimental nonsense like some emo stuff can, instead relying heavily on the more punk-pop sensibilities, verging at moments into their screamo past, but pulling it back to more melodic avenues. There are certainly elements of much of the latest wave of emo pop like LVL UP, The Hotelier and Modern Baseball, but there is also something mature and throw-backy in their sound (including the photograph on the cover, which probably unintentionally conjures the image of the runner on The Get Up Kids’ Four Minute Mile) that really rings true for those of us who remember the original wave of this music from back in the 90s.

I know it’s weird to get enjoyment from another’s misery, but if what they’re going for is a celebration of lives lost, catharsis for demons beat back and praise for a god (or two) who may or may not be helping, I’m always down with it. Though, I have to admit, even after listening to their last album, Joy, Departed (which I didn’t really love), I don’t get the band name. It feels pretty incongruous, but if they keep making albums like this one, they can call themselves whatever the hell they want and I’m buyin’.