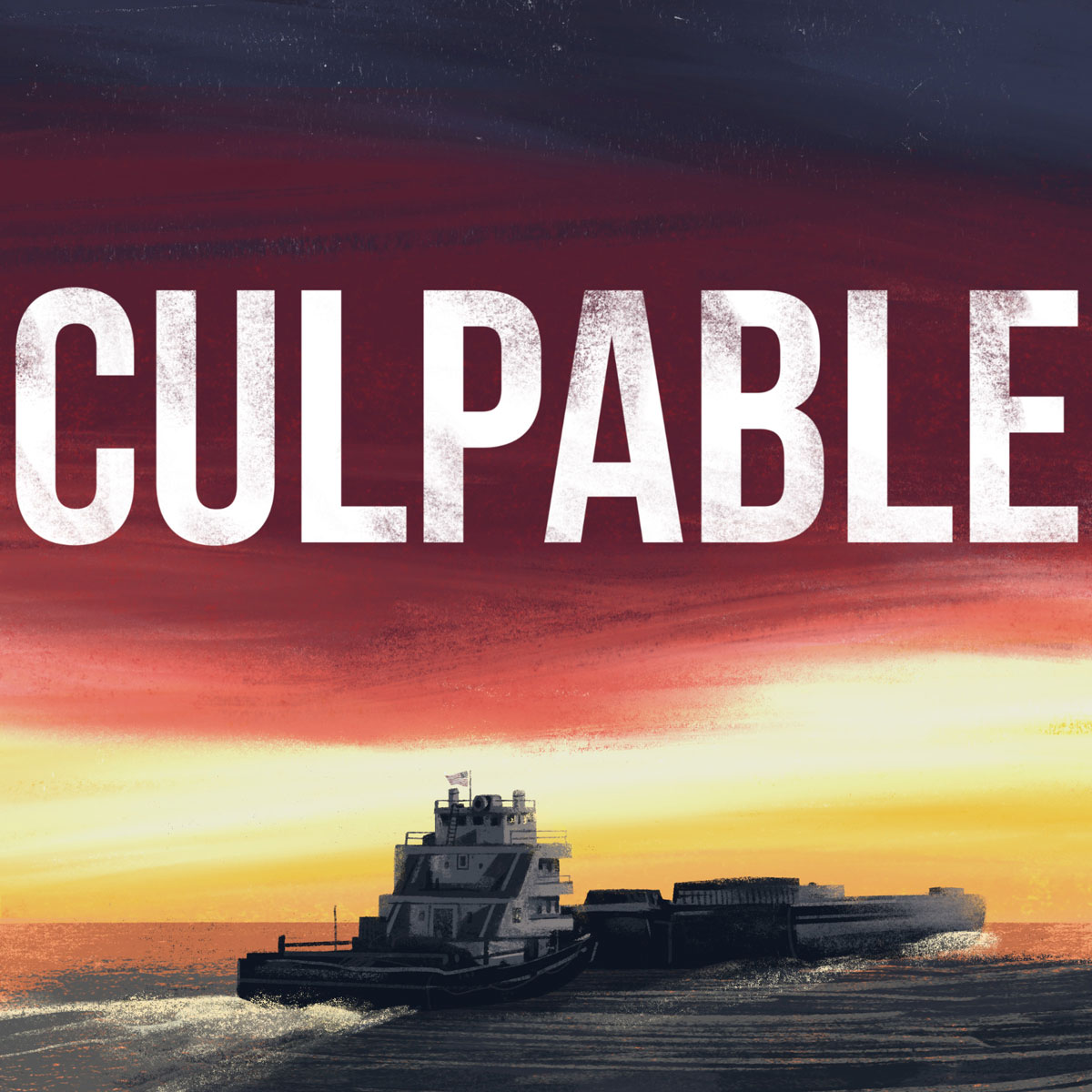 There are so many of these true crime podcasts around these days. On the whole they all feel like an expanded version of a decent episode of Dateline. You know, you have what is generally a murder, a mystery and hopefully some sort of resolution. Along the way there are feints and false-starts and, often times, some bad calls. But, where podcasts like Culpable differ from those tidy, well-edited tales that read more like a detective novel than they do real life, is the fact that they are often told in real time with no idea of where the story is going. They are often not edited in the way a Dateline is, where things happen in three acts, hit crescendos at commercial breaks and ultimately end up with the husband convicted on the stand for murder.

No, these are meandering stories that involve distraught family and friends. And, in the case of Culpable, the family itself is the genesis and engine behind finding out what happened to their son and brother. It’s not a simple tale of insurance policies or a safe full of gold or anything, either. It’s a weird story of a town’s failings of its young people and its officials, politicians and the state’s lawmakers. The murder of a well-liked young man that is ruled a suicide that everyone absolutely knows isn’t a suicide. The gaslighting of everyone involved and the frustration of the victim’s family that makes the listener want to scream along side them. It’s a wonder these people can go on.

Christian Andreacchio is a 21-year-old young man in Meridian, Mississippi. By all accounts he’s one of those kids who everyone likes, is the life of the party and is quickly rising through the ranks at his job as a ship’s captain. Apparently working on boats is a big thing down there, and despite charming everyone with his infectious personality, he’s also actually a hard worker and really good at his job. They make that clear, just so you know he isn’t just using his personality to manipulate and/or loaf his way to the top. Whatever the top is when it comes to driving a tugboat. So, when he ends up dead in his apartment of what the cops call a self-inflicted gunshot wound to the head, alarm bells started sounding right out of the gate.

We’re then taken through fifteen episodes (plus several bonus pods) that run from 45 minutes to an hour going over the minute details of the case. The pod’s narrator teams with Christian’s mom to run the investigation, which ends up employing multiple teams of private investigators, experts and even a famous forensic pathologist. It’s pretty clear from the start that the 45-minute investigation by the local cops wasn’t very thorough and drew a conclusion that was convenient for someone higher up. Even an amateur sleuth could tell through the forensic evidence that Christian didn’t shoot himself. There’s blood on the outside of a closed door. The gun is de-cocked. He apparently shot himself with the wrong hand. His body is in a position that makes no sense. The gun ends up under his body. Pairing this with shady and clearly evasive behavior of those allegedly involved and all sorts of secondary and tertiary evidence, the fact he didn’t die by suicide is pretty clear. What isn’t is why and who.

Honestly, this is a lot of time for listeners to invest in this one case. We’re talking over fifteen hours of evidence. And there are times where it feels like they’re repeating the same info over and over again. This is not unlike some of the other Tenderfoot TV podcasts, though. The deep dive is their thing. And Christian’s mother, Rae, is really the driving force. Even when she comes up against a multitude of walls. Everyone from the local police, to the clearly corrupt DA, to the do-nothing AG seemed to stymie them at every turn. By the end of the podcast Rae sounds like a seasoned police investigator, knowing every nook and cranny of her son’s case and learning how and what to FOIA and who to hire to push things forward. It’s pretty impressive.

The question remains, however: why is there this seeming conspiracy theory to keep Christian’s case closed and the conclusion of suicide a final ruling? Is it stubbornness, laziness, or something more sinister? Like I said, this case isn’t tied up with a nice bow at its conclusion like an episode of Dateline. It’s messy and a bit convoluted. They do manage to establish that foul play was involved, but we don’t get the satisfactory thunk of an arrest and conviction. They have put up a $100,000 reward to any tip that does lead to the conviction and arrest of Christian’s murderer. It seems, though, that we already have a pretty good idea of who that is — or at least who is involved.

Underlying this whole thing is the scourge of what I assume to be opiate usage. There are several mentions of Meridian falling into the grip of that epidemic and the youngsters spiraling in its wake. Drug usage leads to unemployment, which leads to crime. The crime mostly committed to fuel said drug usage. Once we understand that “underbelly” of this town, we can see a pretty straight line to what happened to Christian. Regardless of how upstanding and talented a person is, surrounding yourself with questionable people can lead to your demise. Especially if what they’re attracted to is your openness and relative success (aka a perception that you’re an easy mark with some cash). It’s a vicious circle that apparently took the life of this kid, and we leave the series hoping that one day those responsible will be held to account. But with little to no certainly they will.