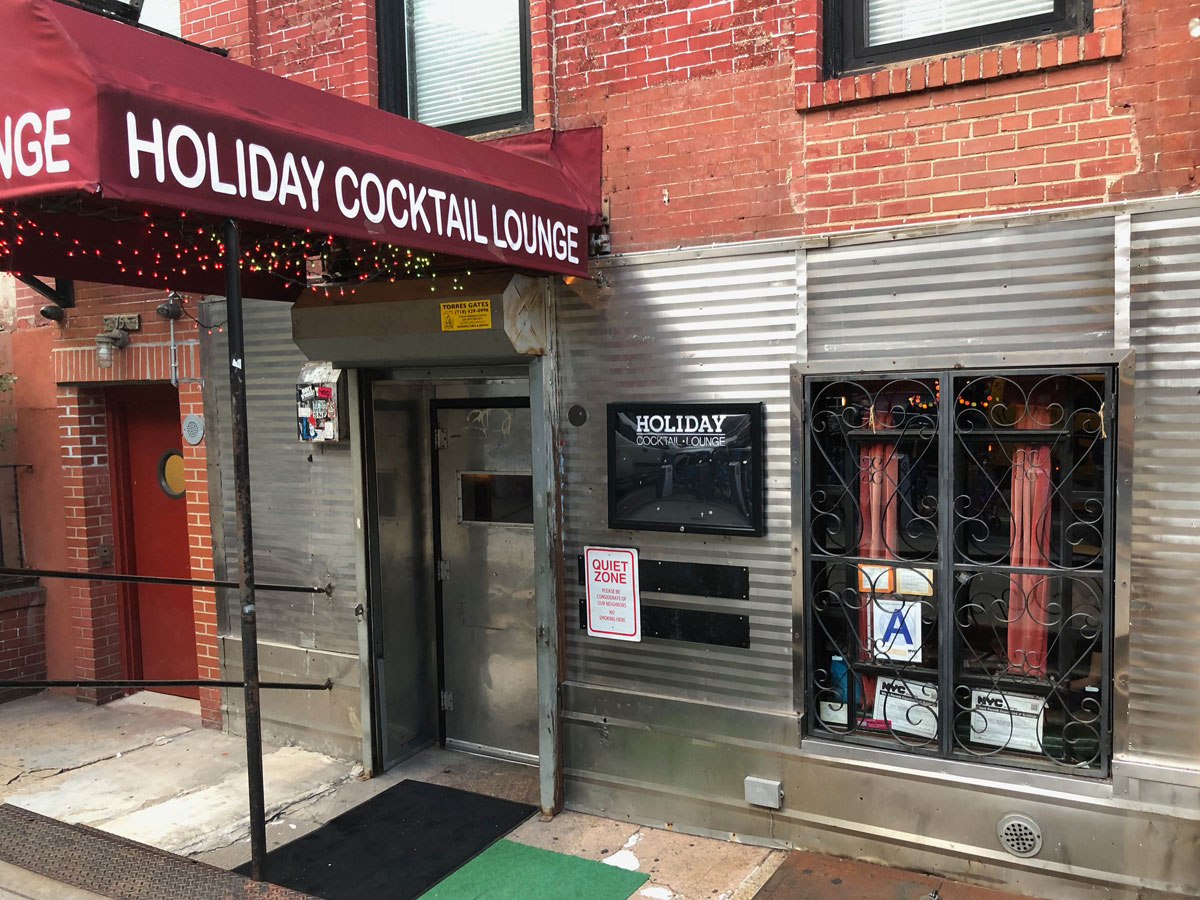 I’ve probably walked by this Hobbit-lookin’ dump a thousand times in my wanderings over the past twenty years. The bar’s exterior kind of looks like the outside of a cheap double-wide, and the awning screams day-drinking men whose internal smells mingle with their external smells. And I think at some juncture this may have been the case. But apparently the dude who makes Pirate’s Booty bought the joint back in 2012 after it had been closed (or, more likely, condemned) and decided to rehab it and reopen it in 2015 in its current, rather awesome, incarnation.

The thing is, this neighborhood has changed considerably over the years. It used to be dangerous — or at least seemingly so. Now there’s like yoga and shit on every corner, $20 tacos and purebred dogs on leashes just fucking everywhere. So, what normally happens when they do one of these up-market reimaginings is that they sap any of the original charm, character and wear from the joint. But in this case, the place looks like it’s been there forever — or at least since the 20s or so. Sure, it probably smells better than it used to, and the drinks are probably three times as much (and are most likely in cleaner glasses), but the look and feel of the dark space feels lived in and authentic with its green leather banquets, criss-crossed Christmas lights and oddball, room-centered, small horseshoe bar with room for about twelve very close friends. The format could be called upscale dive or downscale lounge. Which, honestly, is right in my wheelhouse as I age out of bars where there is more graffiti in the shitter than an Irvington overpass, but really try to avoid anything that looks like perhaps they furnished the place from the high-end Restoration Hardware collection.

I understand that the crowds can get quite substantial on Fridays and Saturdays and are predominantly made up of young persons and their young attitudes. But we were there early-ish on a Thursday and the patronage was not overly juvenile and certainly featured heavily on tattoos and a decent smattering of interesting-looking villagers. Goes to show that sometimes I’m late to the party and sometimes I’m right where I’m supposed to be right when I’m supposed to be there.