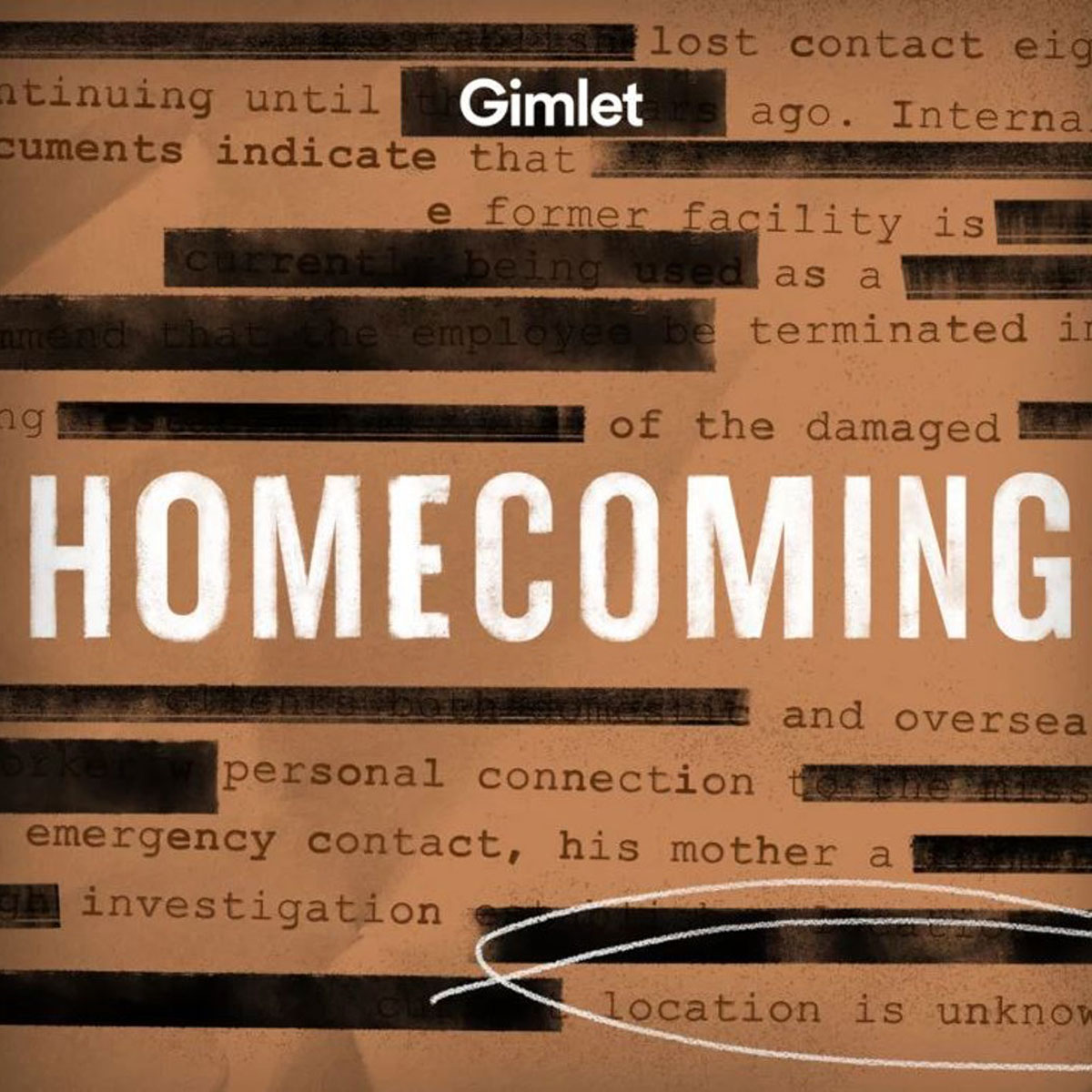 I honestly never thought about listening to a fictional podcast. I don’t mean a podcast that may or may not actually exist, but rather a podcast that is essentially a scripted tv show, but with no pictures. Like a program that is done completely with audio and no visual. Like, literally no pictures. I really think this whole thing is going to catch on, with voice actors… Wait, what? Radio? They had this on the radio? Like that giant brown box that my grandparents had in the living room that they claimed voices came out of? I always thought that was just senility and Cherry Kijafa. But, yeah, my grandfather did talk about The Shadow a lot, but I just figured that was his equivalent of walking two miles to school every day and having to crank the car in order to drive 50 miles to wait in bread lines.

Well, they’ve updated the olde tyme radio show for the modern age and stuck it on the Internet for all of us to listen to via car speakers or headphones. And this one is a modern tale of government intrigue, psychological warfare and the industrial military complex — but with Ross from Friends. In fact, I’ve listened to two seasons of this podcast (twelve episodes in all) and am not exactly sure what we’re supposed to take from it. It kind of ramps up in season one, revealing what amounts to a relatively interesting, and somewhat nefarious plot, but season two just kind of chases its tail around in the aftermath of the setup that feels more like a middling episode of The Office than it does a cool mystery box. In fact the whole second season feels almost completely disconnected from the first both in tone and pacing and made me wince at times with its muddiness. This is me trying not to spoil anything, which is really tough. So I’ll just talk about some petty shit that doesn’t reveal too much of the plot.

Season one introduces us to all of our characters. They include our protagonist, Heidi Bergman (Keener), who is a case worker/psychologist in a mysterious quasi-government facility that welcomes troops back from Iraq with a mix of head shrinkage, medication and some other stuff they don’t really go into. Keener plays her as a deeply insecure woman, who stammers and apologizes almost as much as she does anything else. It’s a little annoying, but it feels real, and will definitely remind you of at least one person in your life. Her young charge is played by Oscar Isaac, and her supervisor by David Schwimmer. Isaac is good, but you have to ignore who he is (and not visualize him), as his character is supposed to be quite a bit younger than he is. Schwimmer’s character is a totally arrogant prick, which actually works pretty well in season one. He manages to avoid doing his David Schwimmer thing and plays it pretty straight — if not a bit wacky. By season two, however, his character turns into asshole Ross and he is literally just doing a weird, almost jokey version of his old alter-ego, and it’s super-distracting.

And I guess this is part of the issue with this genre. I know Catherine Keener is almost 60 in real life, but her character is supposed to be much younger. I tried my best to picture someone else, or at least picture Living In Oblivion, or even Johnny Suede-era Catherine Keener, but it was tough with her very distinct, gravely voice and having seen her very recently in a trailer for the new Showtime, Jim Carrey vehicle, Kidding. Maybe it’s a failure of imagination on my point, but when David Cross shows up as Bergman’s ex-boyfriend, I kind of wondered if maybe hiring well-known comedians to play parts in what purports to be a psychological thriller wasn’t the best idea. And, yes, hearing Amy Sedaris is always a joy, but the woman from Strangers with Candy is hardly the picture of intimidation her character was supposed to represent.

So, the good points. The plot and pacing and everything else was great in season one. The sound design was great throughout. I thought they’d do the old-school foleying thing where they like knock wood blocks together to represent stuff, or punch a cabbage or use a slide whistle or something, but the soundscape is very realistic and gives you a great sense of time and space. The second season goes a bit off the rails. It gets silly at times and drags in others. The fact that the characters say each other’s names 50 times during each conversation became tiring as well. I imagine that’s some sort of thing that they found helps ground the conversation and constantly remind you who is talking at all times when you can’t see them. Or maybe I’m giving the writers too much credit and it’s just janky writing. Isn’t it, Heidi. Heidi, it’s like really amateurish. Right, Heidi? You get where I’m going. Man, I couldn’t even stick to my setup without going negative. Honestly, though, I think they could have just stuck to one season of eight episodes and called it a day and most everyone would have been happy. I assume that the second season is also the final season, but it’s unclear, as even when the thing ended it didn’t really feel like it was ending. Like they wrote a kinda-sorta wrap-up that gave just enough rope to make a third — and totally unnecessary — third series. That all said, you can listen to the first six episodes and be just fine to move on.

Get the Podcast here