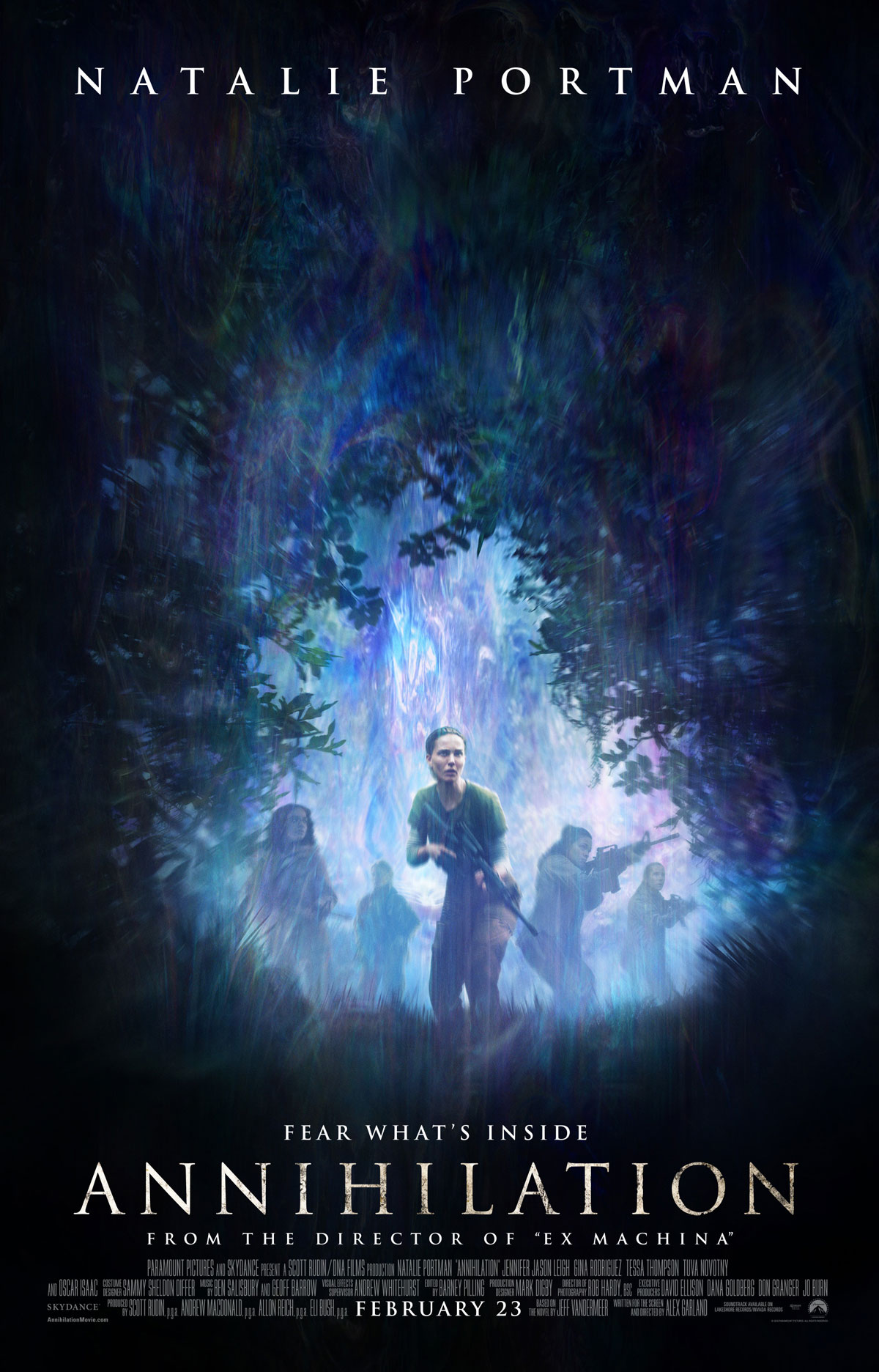 I spent entirely too long not seeing Annihilation. I mean, I have Ex Machina on DVD. DVD! And this is that but like way different. But both are directed by Alex Garland and are sci-fi. So it stands to reason that this thing would be right up my alley. But it never seemed to be the right time, and I knew that the film might be a little psychologically taxing. In other words, something I couldn’t just throw on in the background and hope Ms. Hipster didn’t nod off and expect a quick recap upon regaining consciousness.

Turns out, it was a little less weird than I expected, but also not as weird as I expected. I was kind of expecting some sort of hybrid of Arrival and an acid trip. I was mostly right. But there was way more action and horror movie stuff than I imagined. Which gave it a cool edge that could not only test your brain, but also your stomach. And your nerves. There is a creepy factor that throws doubt into all character’s motives and every scene’s purpose.

The most interesting part about Annihilation is that it is a sci-fi film that stars women. Sure, there are some dudes in it, but the core group that ventures into “the shimmer” is made up solely of female scientists, doctors and soldiers. That alone makes it unlike almost all other genre films of its ilk.

Explaining the plot here is both simple and not. There is this anomaly that is extraterrestrial in nature that is spreading its footprint in what I believe is the panhandle of Florida. The area that constitutes the shimmer, which is rapidly advancing, is impenetrable by any kind of radar or outside measuring device. They’ve sent groups of dudes in there to explore it, never to return. So they try to mix it up and send this group of women in to try to get to the bottom of why and what the shimmer is doing.

The narrative is circular, starting at the end and working its way back from the beginning, with Natalie Portman’s character (a cell biologist and army vet) serving as our through-line. The thing is, even though the genre is a psychological horror sci-fi thing, the movie is really about guilt, depression and, ultimately, self-destruction. I didn’t read the book on which this is based (a trilogy, actually), but my understanding is that these themes were Garland’s own invention and didn’t adhere to the more environmental message of the novel.

Now, this is not a movie for everyone. It starts off like a relatively straight-forward mystery, sci-fi horror, as our protagonists lose their bearings and end up losing large chunks of time and become completely disoriented. (Granted, I thought that part was cool, but was really never revisited.) Only to be attacked by mutated animals in some action set pieces. But it turns cerebral and metaphorical and goes way beyond your typical bio scare film. But still has some cringe-worthy, visceral violence that is shocking in a way I don’t want to relive. So, something for everyone. Except not really.

The whole film is a mood. A very strange mood. If you’re down with it and don’t mind some ambiguity in your stories, you will walk away, like I did, with a feeling that didn’t soon go away. If you’re more of a genre traditionalist, you’re probably going to write this one off as high-minded nonsense. I enjoy being challenged sometimes — especially when I know it’s coming. But unlike some films like Interstellar or even a Primer, where the point is to bend your brain on a science level, this one fucks with you on a whole different, more personal level. Garland wrote both Sunshine and 28 Days Later, mind you, both of which did the similar trick of only showing itself to be something deeper than the genre that is ostensibly represented. I’m very much psyched to see what he does with his TV series, Devs, in 2020.