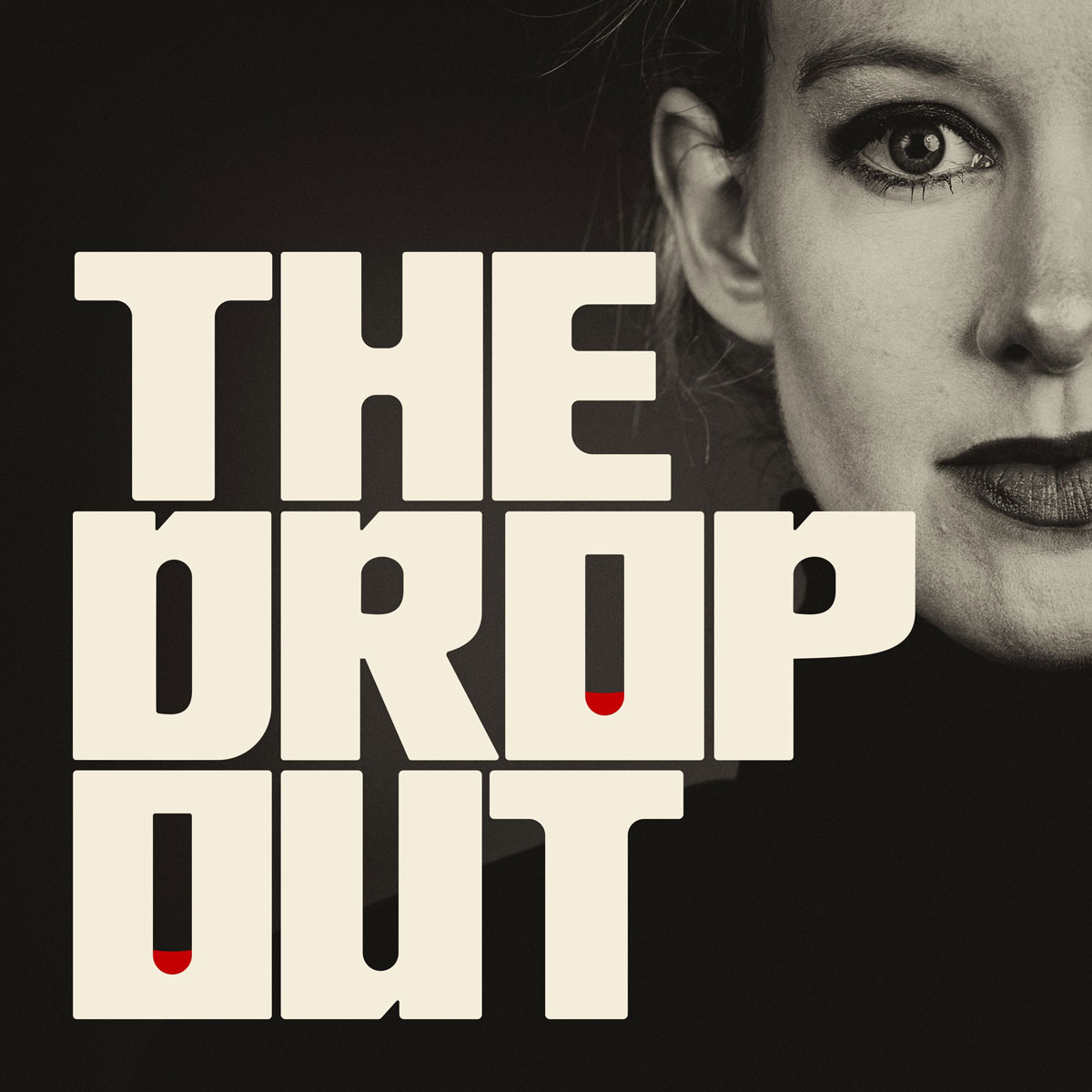 I’m like the last person in America to read about the case of Theranos. I had a vague notion what it was all about, but really hadn’t dug in. In all honesty, I thought it was the bad guy at the end of Infinity War, which really confused the shit out of me. I couldn’t have linked that company to its CEO, Elizabeth Holmes. And now, after listening to The Drop Out, I am kicking myself that I was busy watching some dumb Netflix series or reading a book I didn’t love instead of keeping up with this unfolding American drama.

I’m not going to delve too deeply into the story of Theranos and their wacky Edison device that Holmes claimed could run 100 or so blood tests from a single drop of blood. A claim that would have revolutionized the health care industry. No more needles and tube after tube of plasma. This was quick, painless and accurate. Except for the fact it was utter and complete vaporware. The Edison device might as well have been a shoebox with a pile of old spoons and a dead mouse in it for all that it actually did. The thing is, Holmes sold it to America. She sold it to investors. She sold it to the media. She sold it to influential people, including academics, Senators and Presidents. She was the toast of silicon valley. A young, female CEO of a company poised to be the next big thing.

The podcast starts from the beginning, going over some of Homes’ backstory, including her short time at Stanford before she dropped out (title!) to start the company at 20. She ended up poaching heavy hitters from Apple and various other companies with promises of a company that combined the technology of an Apple with the altruism of a world-changing mission of mercy. It was all very sexy and very attractive to some of the best and brightest minds around.

Thorough interviews with ex-employees (though all Theranos employees are now ex-employees), regulators, partners and all sorts of other scientific folks, media types and people in Holmes’ orbit, host Rebecca Jarvis deftly keeps up the pacing and spins out a story of secrecy, deception and illegal bullshit that is super-compelling. It’s honestly almost impossible to believe the level of lying that Holmes and her eventual partner, Ramesh “Sunny” Balwani, sell to the American public. And to Walgreens, for that matter. Holmes, with her bizarro deep voice, and Balwani with his Lambo kept a tight hold on the company, firing anyone who asked too many questions and putting a blanket over the operations with the only sunlight about company coming from Holmes herself. She claimed her devices were being used in military helicopters and all sorts of places, when in fact the box was nowhere doing nothing other than sitting on a shelf looking like a box. So bizarre.

So, for anyone who isn’t familiar with this story, it’ll be just as shocking for you as it was for me. The fact that all these very smart people were taken in by Holmes because they wanted to believe in a young female CEO and a product that was meant to make humans’ lives better makes sense. But, even when it seemed super-clear that what she was doing was just a giant fraud, people wanted to believe. And that’s what makes this story so compelling. They wanted to will success into existence even when it was obvious success was beyond reach.