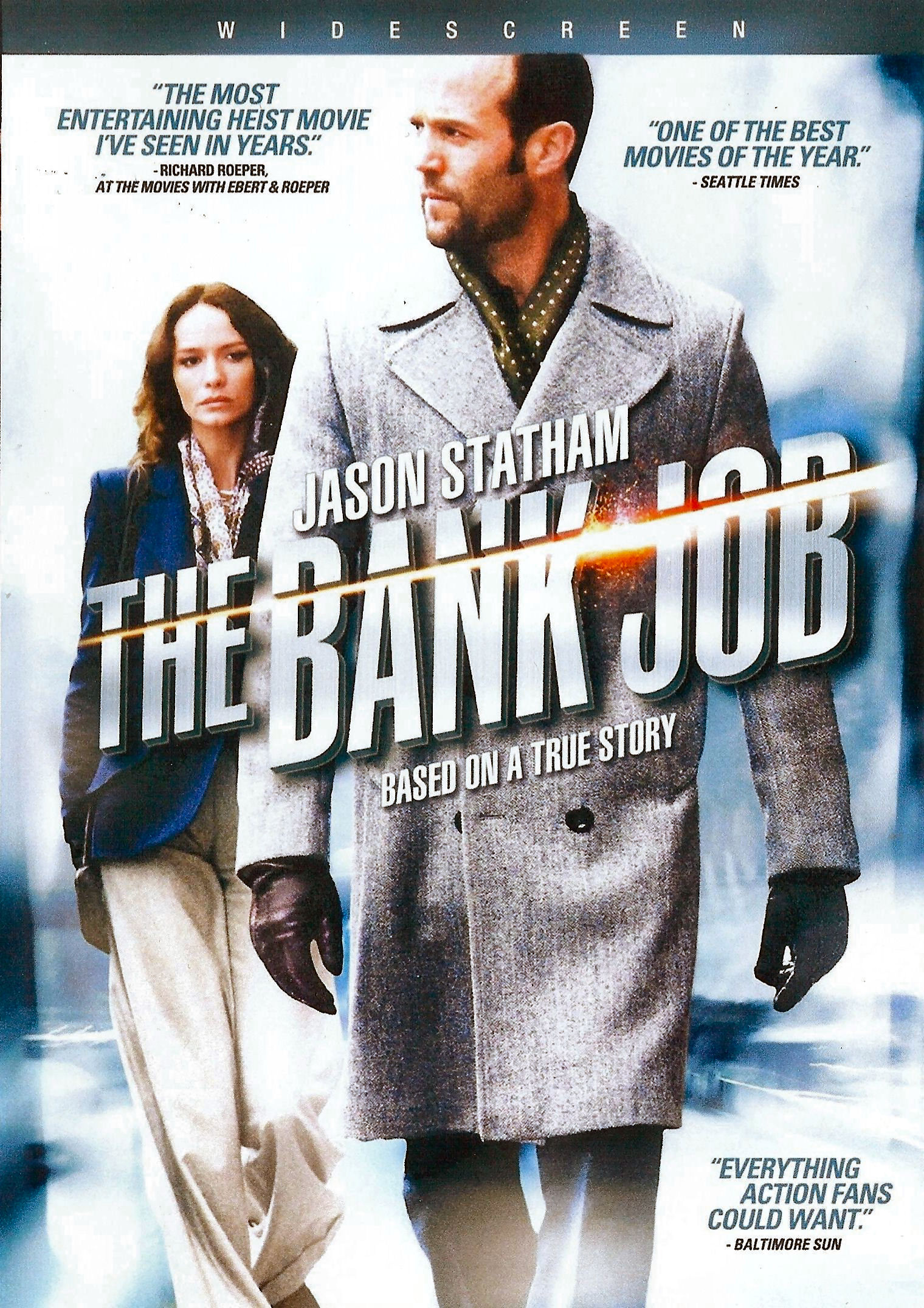 The heist movie is as old as moviemaking itself. The genre has been tried in every variation, but usually it involves a reluctant leader who is either enticed into to doing just one more big score before retiring to some beach in Fiji, or else our protagonist is forced into committing said crime because some evil dude is holding his wife/daughter/politician and he is the only person who can pull off the caper for the crime lord, mob boss, drug kingpin or whomever it is who was smart enough to hold his loved ones for ransom.

None of that seems to apply here, as Jason Statham and his little band of bank robbers basically seem to need the money. The opportunity presents itself in the form of a femme fatale who used to be in Stratham’s life back in the day–and apparently, even as a drop-dead beautiful model, slept with one of his schmucky buddies. She’s a femme fatale because her motivations are unclear. But, unfortunately for the viewer, we know exactly what’s going on from the beginning. And it’s not because we deduce any of the facts; the filmmaker invites us in to all of the inside dope. That, I feel, is the film’s big undoing.

Normally in these twisty caper movies, we the audience have to try to peer around blind corners to figure out the motivation of every character, figuring out what’s next and how they’re going to pull it off. Sure, all may be revealed in the end, but it’s that reveal (the “aha” moment) that makes these films fun. This movie believes in total transparency. We know exactly how things go down, who’s after whom, the intent of every character, etc. That’s what makes this more of the typical Jason Statham, straight action, movie than you would expect. Except that he throws like one punch the entire movie, and drives nothing but a van in one scene. Atypical for him. I could just feel the script being planned out, as the movie telegraphs every move, fills in all the requisite stereotypical characters and just kind of dies on the vine.

I was disappointed, honestly, as I had heard decent things about this film. It must have been from people who haven’t seen the fifty other movies that executed the same plot in a better way.